So excited to announce that I will be a part of the blog tour for Amy Noelle's debut novel Code Red. Come back on April 21st for my review! 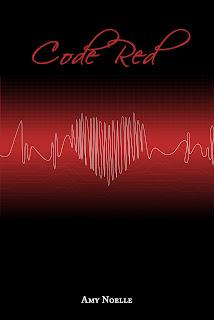 After getting hurt in college by a gorgeous man, Nicole Magette vowed never to risk losing her heart again. Now she lives a structured and satisfying life. Her work is easy, her friends are her family, and the only consistent men in her life are her two cats, Winchester and Huntington Peabody the Third. She doesn't date, and she hooks up only with losers—men she has absolutely no risk of falling for. But if she finds herself in danger, she has her old fail-safe in place—the Code Red.

That is, until Joshua Daniels is transferred to Nicole’s office from New York and assigned to work with her on a special project. He's everything she's avoided and everything she claims she doesn't want, so why can’t she get him out of her mind? He's persistent, dangerously handsome, and sexy as sin. In other words, he’s her worst nightmare. She turns to her friends to help her resist Josh’s considerable charms and the inescapable draw she feels every time she gets near him. Can the Code Red save her this time, or will Josh send her perfectly balanced life into chaos?
﻿
﻿
Posted by CrystalBee at 12:16 PM