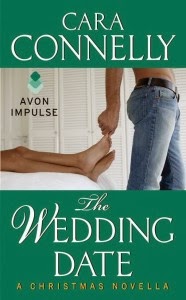 "Jan Marone! I told you not to read Fifty Shades!" - Julie Marone

Julie Marone isn’t your ordinary matchmaker. Instead of setting up singles, she matches already-happy couples with their dream homes. It’s her calling. Her gift. And since she lost the other half of her own happy couple, it’s become her passion.

Cody Brown isn’t your ordinary cowboy. Instead of roping runaway steers, he wrangles sick kids and strung-out junkies as an ER doc. It’s his job. His responsibility. And since his brother lost his wife to a drunk driver, it’s his mission.

When Cody moves from Austin to Boston, he wants Julie to find him a condo, and fast. But she’s got issues with that. Because not only is Cody single, he’s a doctor to boot, and ever since her fiancé died, she’s got a major grudge against doctors.

Cody charms her into breaking her “couples-only” rule, but when he angles to be her date for her sister’s Christmas Eve wedding, he finds out Julie’s “no-doctor” rule is unbending. Still, he’s not quitting, because as hard as Julie fights it, there’s heat between them. If Cody has his way, they’ll be a couple by Christmas, and the next dream house Julie finds will be their own.


❤ ❤ ❤ ❤ ❤
My Review
The Wedding Date has everything that I love about Christmas romances. It has a character that lost a loved one in recent past and are still reeling from it. It has a character needing a change of scenery. It has a matchmaker (albeit a couple/home matchmaker). Its got humor, love, and freaking adorable characters! If this book was turned into a Hallmark Christmas movie, I'd watch it every year. It is a novella, but I thought it was the perfect length. The romance between Cody and Julie was still very thought out and not rushed. I adored both of them. Cody's perseverance towards Julie was very swoon-worthy. Meanwhile, I wished and hoped that Julie would come out of her shell to see what was right in front of her. I could go on, but this was a fantastic story all around. Loved it!
❤ ❤ ❤ ❤ ❤
Excerpt
The chandeliers sparked off the red in her hair. Her crossed leg swung like a black leather metronome. Strolling up to her, he stopped a little too close to her chair. Call him a caveman, but he liked it when she looked up at him.

She said a quick goodbye and shut off her phone.

She stood up, swinging her purse so it slapped him in the nuts. A brush-back, not an accident.

“Just my nosy, interfering sister grilling me about my date.” She headed for the door at the same half-run she’d used to get out of the weather. It occurred to him that it was her customary speed.

He lagged behind. After twelve straight in the ER, he wasn’t moving at anybody’s pace but his own.
“She the one who set you up?” he said.

She stopped to wait for him, just aggravated enough to talk about it. “Why does she care if I have a date for her wedding? She’s the only one who needs a date!”

She started for the door again. He lagged behind. She stopped, in a huff. “Are you injured or something? Did you sprain an ankle running in those boots?”

He pulled up alongside her. “I didn’t know we were in a race. But remember, the tortoise beats the hare.” 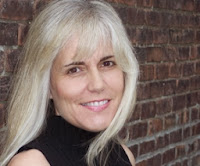