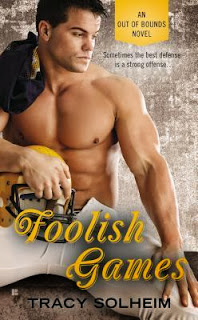 "It's bat-shit crazy, and I don't think even the bats are as crazy as you!" - Will Connelly

A Hail Mary play for the heart.

Bridal gown designer, Julianne Marchione knows better than to lose her head at a client’s wedding. But, much to her embarrassment, a mix of migraine medication and a smoking hot football player lead to a steamy one night stand resulting in a surprise pregnancy. Julianne has every intention of leaving her NFL hookup far in the past until her son, Owen, is born with a life-threatening blood disorder that requires a transfusion—and Julianne is not a match.

Will "William the Conqueror” Connelly grew up tough, shouldering the stigma of being a bastard child born on the wrong side of the tracks. He refuses to let any child face the same discrimination. When he finds out about Owen, he’s furious that Julianne kept his son a secret. But when he sees her again at the hospital, he realizes that his feelings for her go far beyond anger.

Will insists that Owen recuperate at his home in North Carolina, and he’s adamant that Julianne become his wife—even if it’s only a temporary marriage in name only. But will their simmering attraction ever lead to a real connection?  Or are they just playing foolish games?

For some reason, I keep putting off writing this blog post. I don't know why because I loved Foolish Games. Maybe it is because I really don't want to wait for the next book in the series. May cannot come fast enough!

Foolish Games is the story of Will Connelly and Julianne Marchione. One stormy night, just about a year ago, Will and Julianne had one gloriously hot one-night stand that resulted in Owen. Julianne wants to raise Owen by herself, but now she begs Will for help to save their son. Will refuses to let his son grow up without a father. When Julianne says she'll do anything, will concocts a plan for the two of them to get married and move into his home. When was the last time a temporary marriage ever work like it was supposed to?

I loved this book! As much as I enjoyed the first book in the series, I thought Foolish Games was the best book so far. I loved all of the characters. Will and Julianne broke my heart. I won't say too much, but there is a scene in the book where Will confronts Julianne. The way in which Tracy described how both characters were feeling was gut-wrenching. I could picture a furious Will and a sobbing Julianne and my heart just breaks for them. It all works out for the best, of course, but that scene and the chapters that followed were so sad! The secondary romance between Will's mom and his boss was adorable. I loved Sophie and I hope we'll see more of her in future books. We also meet Brody, Will's teammate and the hero for the next book. Yum...

I love sports themed romances and so far, this series is rocking my Kindle.