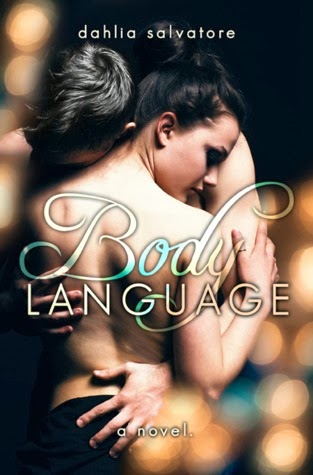 "So, how does one pick up the pieces? How does one relearn how to look forward to tomorrow? Why do I still shut my eyes at night knowing that the nightmares will come, and the memories will rush in and out of focus, like some morbid flip-book?" - Carmen Andrews

Carmen Andrews hasn't spoken for a year, not since she was viciously tortured by a psychopath. Forced into silence by the trauma, she finds a new life in a new town. As a dancer, she can get away with her silence. In her head is a mess of memories, withheld frustrations, and a host of wingless dreams. When her new psychiatrist sends her to a speech therapist to help loosen her tongue, she meets Jacob Weller.

Fresh out of graduate school, Jacob is eager to help those who are suffering from mutism and other speech and language disorders. When he meets Carmen, he finds her attractive but his high ethical standards keep him from mentioning it. But when he's blown away by another woman, his thoughts wander back to the hauntingly beautiful face of Carmen, of the emotive way she looks through him and seems to know him.

As Jacob begins to treat her, he finds himself drawn more and more to her, and even begins to confide in her about himself. As his actions border on the unprofessional, with no visible changes in Carmen, he faces an emotional and professional dilemma.

Carmen struggles with her demons and secrets... secrets that keep her mouth firmly shut and her heart desperately wanting. 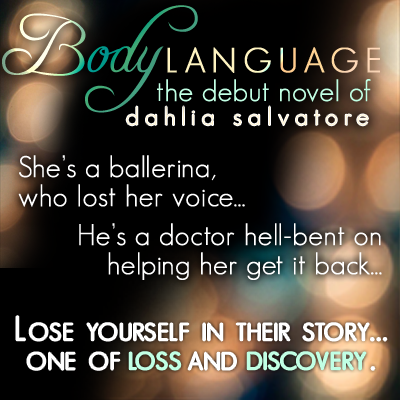 One year ago, Carmen Andrews was abducted after a performance of Swan Lake. Her attack was horrific. On the outside, Carmen looks like she is 100% healed. She is starting to dance again. She's trying to be happy, but on the inside, she is still a wreck. You see, Carmen is suffering from mutism. After 23 sessions, her therapist has had enough. She knows that there is nothing she can do to help Carmen and refers her to a new therapist, Jacob Weller. Initially, Jacob is stumped. He doesn't quite know how to treat Carmen's mutism. Rather than asking her questions, Jacob comes up with a new approach. He starts to show her movies and reads Jane Eyre to her. After one fateful session where Jacob accidentally shows her footage from the night she was attacked, it sends Carmen into a tailspin. Realizing that she is tired of being the victim, Carmen pulls herself up and she starts to heal. After a tragedy hits Jacob's family, Carmen returns the favor. Together, they learn to open their hearts and help each other heal. 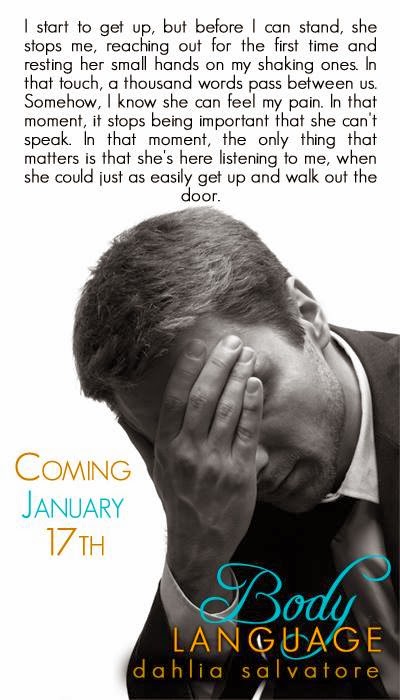 In all honesty, I was a little torn while reading Body Language. The beginning of the book starts off so strongly with the events of Carmen's attack and I loved the first couple of chapters. The beginning chapters were fast pace and sets up Carmen's mentality perfectly. However, once I got past those chapters and started getting into the first half of the book, I thought it moved a little slow. If I hadn't been reading it for a book tour, I probably would have set the book aside for a couple days until I was in the mood for a character driven book. Since I was reading it for a book tour, I kept with the book and let me tell you, I'm glad I did. I'll explain more in a little bit, but first, let me dive into the characters. Carmen and Jacob are two of the most complex characters I've read in awhile. Carmen, bless her heart, is struggling to get out of her own head. She wants to move on and continue living. As she heals, she finds herself disenchanted with ballet and turns towards other activities that eventually help her heal. Oddly enough, she starts to sing and she creates a whole new persona. Jacob is the opposite of Carmen. He starts off the book as a strong male lead, but his world starts to crumble after two tragedies. As Carmen comes out of her shell, Jacob is moving into his. It doesn't take long for their attraction to begin, but it quickly turns into more of an attraction. By the end of the book, the two depend on each other. The depend on each other's strength to survive the darkest days.

I loved the fast pace in the last half of the book. Once the mystery and romance was in full swing, I loved every moment of it. The moment I finished the book, I sat back and thought about the first half again. Once I was done, I was able to appreciate what the first half of the book offered to the reader. The first 50% of the book wasn't slow, it was subtle. The growing attraction between Carmen and Jacob was very subtle. The stolen glances and the stolen thoughts of each other. The clues and the little hints of the mystery were so subtle, I played it off as Carmen being paranoid. The dreams Jacob has throughout the book were perfect foreshadowing. I enjoyed going back to find the pieces I missed the first time around. Body Language is a character driven book and the first half of the book is about getting to know each of the characters before turning its focus towards the mystery behind Jacob's tragedies and the romance between him and Carmen.

Body Language was a fantastic debut novel from the author and I look forward to her future books. 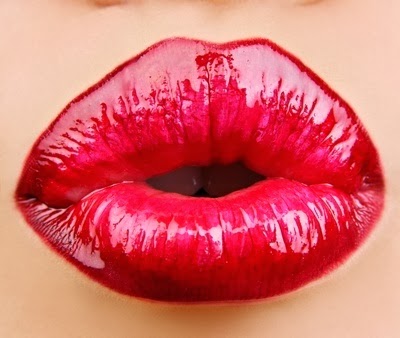 I'm a thirty-two-year-old female author living in Seattle, Washington. I'm married to the love of my life and have been for ten years. I come from Coos Bay, Oregon and moved to Seattle six years ago. I love it here and don't see us going anywhere anytime soon.