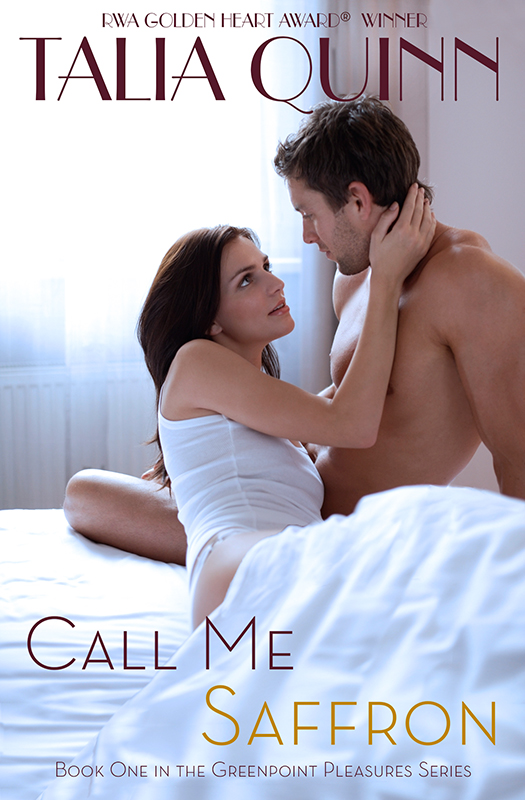 Her call-girl roommate Jeanine has other ideas. She persuades Samantha to take her place for one night with Dylan Krause, an incredibly hot prospective client recovering from a messy divorce. She says it’ll be good for Samantha to be with someone without her usual expectations and complications.

It’s more than good. It’s intense, extraordinary, and emotionally devastating. During their long, intimate night together, they bare, not just their bodies, but their souls.

But after that one amazing night, Samantha flees. This feels too real for her. And yet she can’t forget Dylan, even though she tries.

Then one day, he walks into the architecture firm where she works. Seeing him threatens to destroy the careful walls she’s built around her heart—and this time she can’t run away.

Flaunt it. Be your sexiest self. He has no idea who you are in real life. You will never see him again.

I let the coat slip out of my fingers and pool onto the floor in an elegantly careless heap.

Dylan stared at me, openly appreciative.

So pure, this transaction. So simple. So insane.

“Like what you see?” I made my voice sultry, like Mae West or what I imagined Jeanine to be like with a client. A mistake, because I immediately giggled at the absurdity.

Dylan raised his eyebrows. “Is this a joke to you?”

I walked over to him, a trifle unsteady on my stiletto boots, and pressed my hand against those damp curls on his chest. “No joke, Dylan Krause. Hardly a joke.” I could feel his heart thump under my palm, nearly as fast as my own. “So? Do you want me to stay? Or do I refund your money?”

He was startled into a laugh. “Blunt. I like that.”

“Good, because that’s what you get.”

“You’re not what I expected.” His gaze traveled over my body. I felt it like a caress.

I took another step, so close now, and ran my hand through his damp hair, enjoying the way it sprang against my fingers, a live thing. Enjoying the fact that I could do this. “What do you want to do first?”

“Who are you, Saffron?” He was looking at me with a strangely intent gaze.

And here Jeanine had assured me he wouldn’t want to talk.

Talia Quinn began her writing career as a screenwriter but switched to prose after she started writing an online journal for fun. This led to writing fiction, which led to writing romance.

She won the prestigious Romance Writers of America® Golden Heart Award in 2012 for contemporary romance, and is a two-time finalist for the award. She lives in New York City, her childhood hometown, with her husband and son.

a Rafflecopter giveaway
Posted by CrystalBee at 2:00 AM