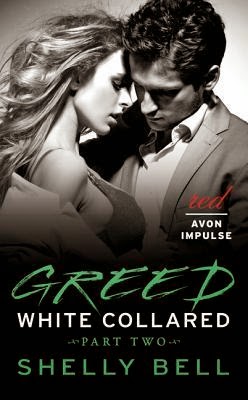 "Great. Now I've got the image of the First Lady leading the President by a leash. I'll never view them the same again." - Kate Martin

Reeling from a threatening phone call and frightened that her past will be revealed, Kate turns to the one man she can still trust: Nick. She can't deny her attraction to him, yet she craves the passionate connection she has with Jaxon.

Undercover at Benediction, Jaxon introduces Kate to the sensual pleasures found in exhibitionism and voyeurism. While they mingle with the club's patrons, Jaxon and Kate unearth clues about his wife Alyssa's last days that could lead them to her killer. But as she investigates further, Kate is shocked to learn of a cold case that is eerily similar to Alyssa's murder … and when the evidence ties Jaxon to yet another death, Kate begins to question everything she knows about her enigmatic lover.

I am in love with this series. As much as I have a love/hate relationship with serial releases, I have to say that it is working with this book. If I wasn't trying to pace myself, I would have devoured White Collared in one sitting. Greed begins right after the events that ended the previous installment. Kate and Jaxon has just had sex for the first time and Kate gets a mysterious call warning her about Jaxon's questionable past. In Greed, Kate is determined to solve the death of Alyssa. She's willing to do everything she can to clear Jaxon's name, even if it means visiting Benediction. It is fun watching Kate blossom, both sexually and professionally. Greed is definitely just as hot, if not hotter, than Mercy. On the other hand, the thriller/suspense aspect of White Collared is a slow build. Greed is a bit more suspenseful than Mercy and I can't wait to see how it plays out in the next two installments.

Are you Team Jaxon? Or Team Nick?

1. He’s polite, chivalrous, and protective…
2. Except during sex when he becomes forceful, demanding, and one hell of a dirty talker.
3. He likes grape Popsicles.
4. For a rich guy, he knows how to throw a mean punch.
5. He didn’t inherit his money or become a billionaire by thirty. In fact, he’s only a mere millionaire. Besides, he made his money the honest way—he married into it.
6. He’s the perfect combination of kinky and imaginative.
7. He looks good wet.
8. He knows how to use his hands.
9. He has excellent taste in accessories.
10. As evidenced by his previous marriage, he’s not afraid of commitment. Let’s just hope his second wife doesn’t wind up like his first.

1. In the middle of the night, he’ll bring you hot cocoa and donuts.
2. He doesn’t mind that you make a lousy cup of coffee.
3. He’s a loyal friend who will defend you against a murder charge.
4. Even though he’s one of the top attorneys in the state, he does plenty of free legal work for those who can’t afford it.
5. He’s a great cuddler.
6. He’ll lend you his gun when someone tries to kill you.
7. You’ve been obsessed with him for years.
8. He’s patient, kind, and gentle…
9. And a really good kisser.
10. Unlike Jaxon Deveroux, Nick’s baggage doesn’t include a murdered ex-wife.

Chapter 1. Every Breath You Take by The Police
Chapter 2. Black Hole Sun by Soundgarden
Chapter 3. Hanging by a Moment by Lifehouse
Chapter 4. Secret Door by Evanescence
Chapter 5. Let Me be Myself by Three Doors Down
Chapter 6. I’m Here for Your Entertainment by Adam Lambert
Chapter 7. Smells Like Teen Spirit by Tori Amos
Chapter 8. Try by P!nk
Chapter 9. Pieces by Sum 41
Chapter 10. Circus by Brittany Spears
Chapter 11. Hemorrhage (In My Hands) by Fuel