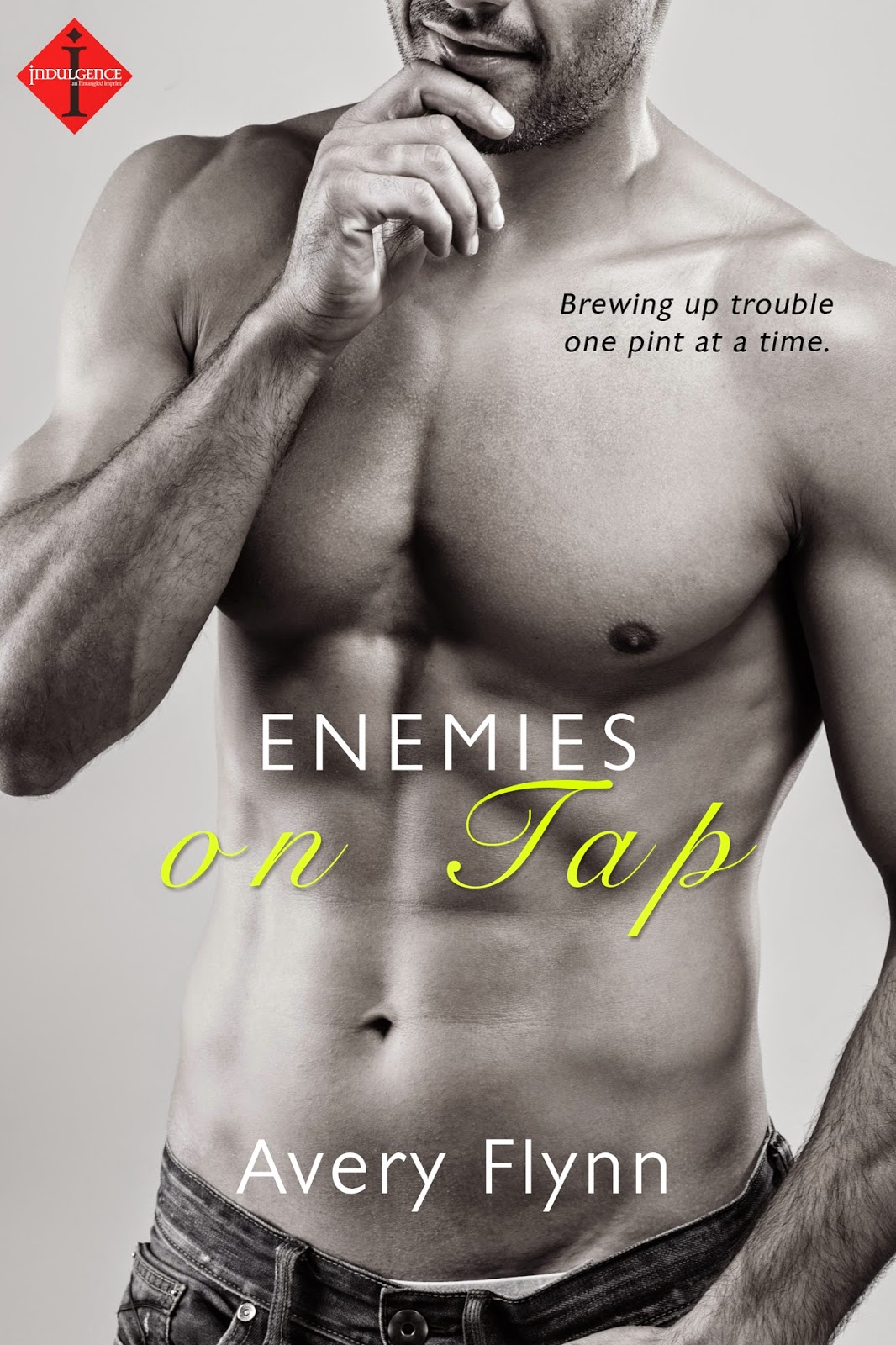 Brewing up trouble one pint at a time.

Enemies
What’s a girl to do when the only person who can help her is the man who betrayed her? After years away, Miranda returns to Salvation, Virginia to save her family’s brewery, but her fate is in the hands of her first lover turned enemy, Logan Martin.

Lovers
Logan, Salvation’s de facto prince, can’t believe his luck when the woman who smashed his heart to smithereens walks into his bank asking for his help. What she doesn’t know is he needs the land her brewery is on. When she tempts him with a bet—if she wins, he gives her the loan; if he wins, she forfeits the land—he knows it’s a sure thing.

An Irresistible Combination
But soon it’s a battle between their attraction for each other and their determination to win, and it’s in each other’s arms that they realize there might be more at stake now than the bet. With the town dead set against the Sweet Salvation Brewery’s success, Logan has to choose between what’s expected of him and what he really wants—even if helping Miranda means she’ll run out of his life once again.

For the love of Pete, the man was injured and all Miranda could think about was jumping Logan’s bones and riding him like a rented pony.

She hadn’t just drunk the Salvation Kool-Aid—she’d started to brew her own.

That was not good.

Not good at all.

She needed to bandage him up and get him the hell out before she forgot who he was—again. She grabbed the kit from under the sink and hurried back into the kitchen.

“Okay, I got the—what are you doing?”

A barefoot Logan stood at the sink, holding a yellow and green I heart NORML glass in one hand. “Getting a drink of water.”

“You should be sitting down.” The last thing he needed was to pass out, or whatever it was that people did after getting conked on the head with a garden gnome.

She threw out one arm and pointed toward the table. “Sit.”

He shut off the water and walked over to the chair facing out toward the rest of the kitchen.

With exquisite slowness, he unbuttoned his light blue shirt, which had a small reddish-brown stain on the collar. Inch by inch, he revealed his broad chest and the happy trail that disappeared beneath his waistband.

The sight made Miranda’s tongue stick to the roof of her mouth, and her thighs quivered. Desperate to stick to the plan, she leaned against the doorframe to anchor herself to the here and now instead of the if and when and why nots.

He never lost eye contact as he shucked off the shirt and laid it across one of the empty chairs.

God, he shouldn’t but he looked perfectly at home in the farmhouse kitchen. Big and brawny and sexy as all hell with his mahogany hair ruffled and the fuck-me-now pheromones coming off him in waves. She tried to remember he was an injured man. A very sexy injured man.

He sat down in a chair and spread his legs, drawing her gaze to the outline of his hard cock pressing against his pants. “I’m all yours.”

Avery Flynn has three slightly-wild children, loves a hockey-addicted husband and is desperately hoping someone invents the coffee IV drip.