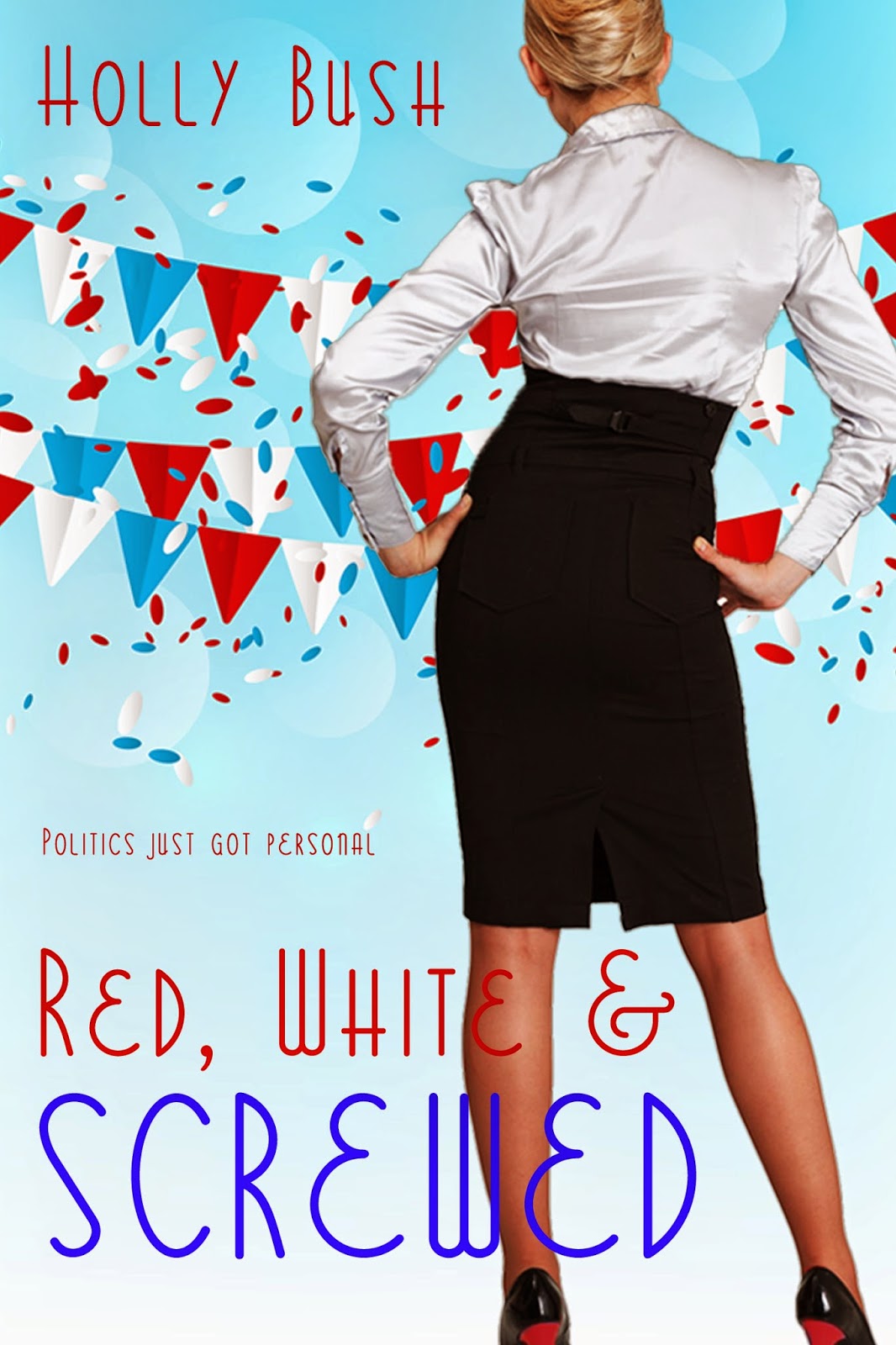 Political strategist Glenda Nelson is having a meltdown. Her handpicked, very married Congressional candidate was just caught climbing out of the window of the Sleepytown Motel, and her philandering ex-husband seems to have the most to gain from the colossal scandal that follows. As Glenda attempts to salvage the campaign in a hotly contested race, conservative and liberal pundits pounce on the story to further their own agendas.

Glenda’s love life is nonexistent to say the least, that is, until she meets handsome artist Chris Goodrich. Chris’s easy-going, carefree outlook on life couldn’t be more different than the 90-mph crazy train that is Glenda’s, but the more time she spends with him, the more she craves his calming presence, his sexy smile, and his steamy embraces. Is Chris worth taking a chance on?

Between the pressure of full-blown spin control mode, rapidly declining job security, refereeing two teenagers, caring for aging parents, and spending hours on her therapist’s couch trying to get past her ex’s crushing betrayal, Glenda finds love and makes the long trek back to happy.

The doors of the Mansville High School were covered with posters ranging from “Just Say No To Drugs” to a square dance being held Friday night after the football game. After getting directions to the art rooms, I ran down the hallway and burst through the door. The student art gala included a speaker. I smiled at Christopher Goodwich, straightened my skirt and hair, and found a seat. Sylvia was glaring at me.

I settled into one of those seats with the desk attached. My rear end was not cooperating and hung out either one side or the other. Goodwich was a good speaker and I listened intently.  He was patient with the kids, and Sylvia’s art teacher was batting her lashes and giggling.

Goodwich would never go for her type, I thought to myself. The overt artsy-craftsy, caftans-are-still-in-style, kind of a woman. And her hair was long. Why doesn’t someone tell women over forty to cut their hair? What kind of woman would Goodwich go for? Meg did say he wasn’t gay. Everyone was clapping. I stood up enthusiastically and took with me the desk still attached to my rump. Sylvia pulled at the seat, and markers went flying. Christopher Goodwich was heading my way.

“It’s nice to see you again, Glenda.” Goodwich looked at the desk stuck to my hips. “Can I help?”

The desk plopped off my ass with a thump, and I ran a hand through my hair. “Chris! What a surprise.”

Sylvia was looking from one of us to the other.

“Is this your daughter?” He smiled at Sylvia. “She’s a terrific artist. You should be very proud.”

Sylvia giggled. Did he have this effect on all women, regardless of age?

“Thank you. She’s a great kid and so is her brother Frank. I didn’t know you were speaking here. What brought you to the high school today?”

“Mary, Mrs. Elfson-King,” he nodded to the mu-mu clad woman at the front of the room, “was in college with me. We’ve kept in touch over the years on and off. I let her know I was coming out this way, and she asked me to speak to her class.” He turned his full attention on me. “I’m glad she did.”

I batted my eyelashes and giggled. “I am, too.”

I stood there moony-eyed, and he wasn’t moving a muscle either. Just staring at me with those big, green eyes and smiling. One of the great things God did for women is to make us appreciate age-appropriate beauty. Today’s movie stars are nice-looking but remind me of my son and his friends. And that makes them cute, like a baby laughing or little girls in Christmas dresses.

The sexiest men of the stage are the ones I’ve grown up with. Brad Pitt and Johnny Depp were hot in Thelma & Louise and What’s Eating Gilbert Grape. They’re still hot today. The laugh lines, the way a face and a body changes with time, makes them as sexy at fifty as when they were twenty.

Unfortunately, I think God only gifted women with this hormone. Men, as a general rule of thumb, do not see wrinkles as sexy.

I had a bizarre vision of myself in a seventeenth-century portrait, plump, stretched out naked on a couch holding a bunch of grapes in one hand with a sheet winding through my legs and over one breast. I could feel my face turn red.

Holly Bush writes historical romance set on the American Prairie, in Victorian England and recently released her first Contemporary Romance. Her books are described as emotional, with heartfelt, sexy romance. She makes her home with her husband in Lancaster County, Pennsylvania.  Connect with Holly at www.hollybushbooks.com and on Twitter @hollybushbooks and on Facebook at Holly Bush.