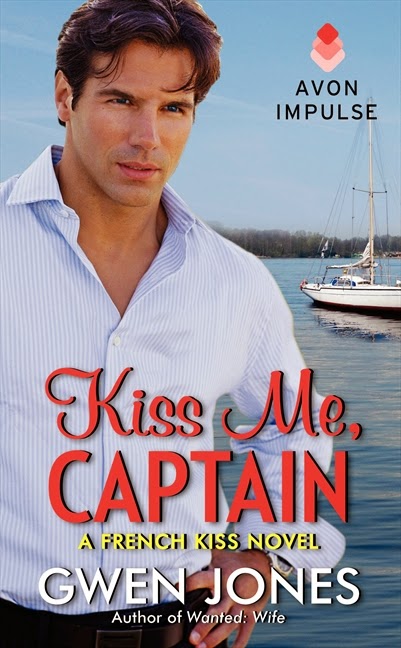 French billionaire Marcel Mercier loves women. And there's a string of broken hearts across two continents to prove it. But as CEO of Mercier Shipping, he's got more important things to worry about . . . like why the charter company he just purchased in the United States is suddenly the center of an international media firestorm.

Now that big, bad Mercier Shipping owns Captain Dani Lloyd's ship, she's sure her job is at stake. But she won't go down without a fight—even if it means chaining herself to the mast of the Esther Reed and refusing to set foot on shore.

The delectable captain and her newsworthy dramatics are a PR nightmare, but Marcel is happy to let Dani prove her skills on a weeklong sail to Boston. He knows no woman can resist him for that long . . . in fact, he's counting on it.

But Marcel's plan to seduce Dani backfires as sparks fly between the billionaire playboy and the passionate captain. Which leaves Marcel realizing that winning her heart is a challenge he can't afford to lose.

For the next few moments Dani existed purely on sensation, boneless as the silky press of his lips guided hers open, his tongue meeting hers in a shock of sudden awareness. He tasted of rum and determination, his scents of sea and soap nearly as intoxicating as the hard press of his body, her own responding as wildly as riding an electric current. When he broke their kiss it was only to nip the corner of her mouth, and before the moment passed she felt her earlobe between his teeth, his breath fiery against her skin as he sucked and nibbled, his tongue tracing the shell of her ear. She closed her eyes, shivering in the humidity, her reasoning only returning long enough so she could abandon it.

She pulled him closer.

“Mon Dieu, you’re marvelous …” he murmured, dragging his lips back to hers. A small, guttural noise rose between them and Dani wasn’t sure where it came from, only that his kiss felt just as feral.

And that, she immediately realized, couldn’t be good.

“Jesus,” she gasped, yanking herself away.

She could see him clearly through the darkness, his mouth opened in a pant, his eyes fixed on hers, his arms still poised in the shape of her body. After a moment he let them drop, as quickly as a steel trap snapping, one hand raking back his hair where her fingers had tousled it. He pursed his lips, looking as if he was about to say something, then he sighed, smiling weakly, saying nothing.

So Dani did. “I guess that was my prize?”

He shoved his hands in his pockets. “That … was a mistake.”

“Our second one.” She crossed her arms over her chest, glancing behind her. The boys were still flipping quarters. Charlotte was still lying on her side.

Gwen Jones has an MFA in Creative Writing from Western Connecticut State University and is an adjunct Assistant Professor of English at Mercer County Community College. Gwen is a fabulously talented and creative writer who mirrors the style of Nora Roberts with depth of character, intelligence and humor. She is currently working on another brilliant romance, with an expected completion in the Summer of 2013. She is a member of Liberty States Fiction Writers, The Romance Writers of America, and blogs at http://gwenjoneswrites.com.