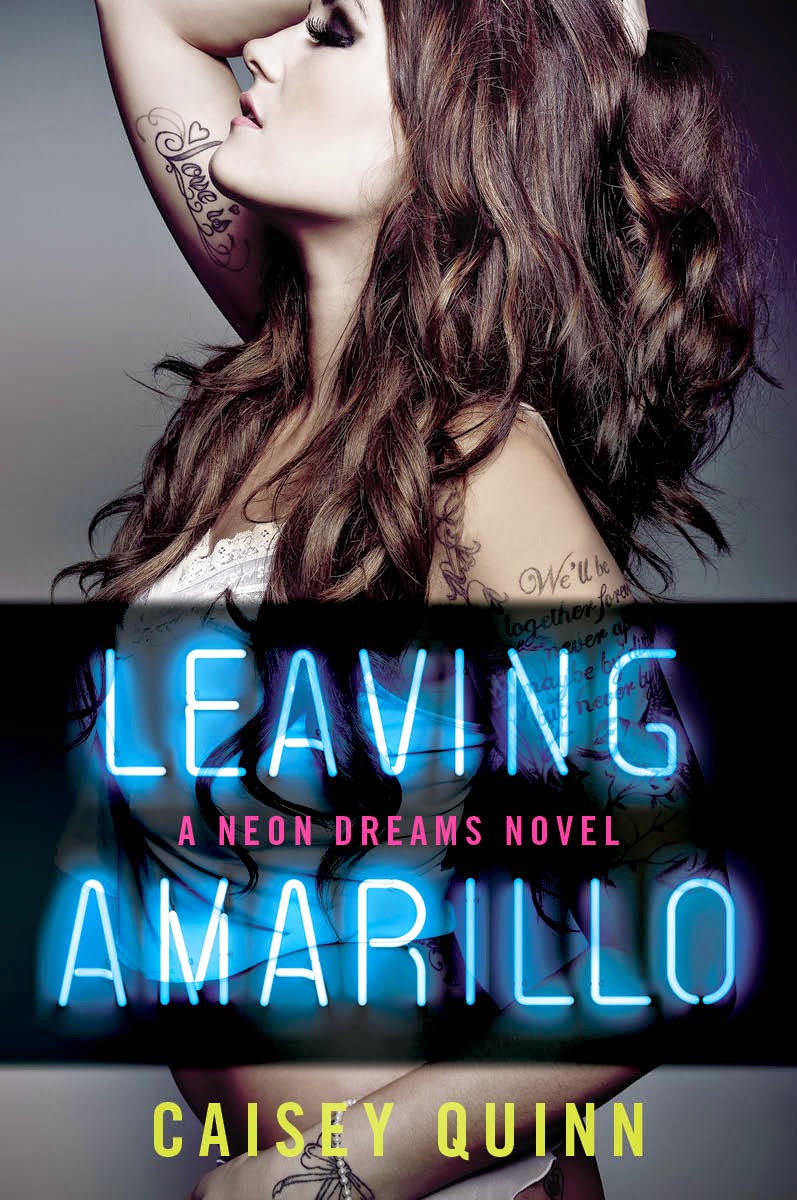 Some promises are made to be broken...

Music is my everything.

After my parents died when I was a kid, moving into my grandparents’ ramshackle house on a dirt road in Amarillo seemed like a nightmare. Until I stumbled upon my grandfather’s shed full of instruments. My soul lives between the strings of Oz, my secondhand fiddle, and it soars when I play.

In Houston, I'm a typical college student on my way to becoming a classically trained violinist headed straight for the orchestra pit. But on the road with my band, Leaving Amarillo, I'm free.

We have one shot to make it, and I have one shot to live the life I was meant to. Leaving Amarillo got into Austin Music Fest and everything is riding on this next week. This is our moment.

There’s only one problem. I have a secret...One that could destroy everyone I care about.

His name is Gavin Garrison and he's our drummer. He's also my brother's best friend, the one who promised he'd never lay a hand on me. He’s the one person I can’t have, and yet he’s the only one I want.

I don't know if I can do this.

I just know that I have to.

For a long time I knew he only saw me as Dallas’s little sister. I used to have frizzy hair and knobby knees and a chest as flat as both boys. But somewhere along the way, I changed. I’m having a hard time convincing myself that he really sees me for who I am now. Maybe he still sees knobby knees, frizzy hair, and freckles on my shoulders.

His eyes narrow and he shakes his head. No. “Don’t. Don’t do that to me. I just told you. You know why.”

I frown involuntarily while swallowing the knot of emotion that’s rising steadily in my throat. “How could I possibly know? You treat me like we’re related most of the time. You put your hands on random waitresses right in front of me. You sleep with anything that moves. Except me. I tell you how I feel and you can’t get rid of me fast enough.”

Suddenly Gavin is a burning man, coming toward me with angry gleaming eyes. He steps into the room, forcing me back against the wall. The door slams heavily behind him, and he braces his arms on either side of my head. I’ve only seen him this worked up when playing his drums. My heart morphs into a hummingbird inside my ribcage. It’s trapped and wants to escape. Desperately.

His words come out with force that would shove me backward if there were anywhere for me to go.

“As flattering as your honest opinion of me is, how about you just tell me what the hell you want from me so we can both get on with our lives. You want to hold hands and go steady, Bluebird? Because I gotta say, you’re not as smart as I thought you were if you’re looking for that from me.”
I jerk my chin upward, faking a confidence I don’t have but refusing to let him intimidate me. “Did you sleep with that waitress? I want to know.”

He snorts out a harsh humorless laugh. “No you don’t.”

“I do. Tell me the truth.” I look up into his eyes, praying the answer is no. Something about that specific waitress is really bothering me. Maybe because I saw their initial flirtation or maybe because of what she said to me in the ladies room. I don’t know. I’m well aware of the fact that he’s been with countless women, but somehow this one feels different. More personal. Because this time, he knew how I felt and if he slept with her anyways, then he actively chose her over me. “Please,” I add to my already pathetic plea.

He releases me from my forearm prison and throws both of his hands into his hair. I inhale a much-needed breath and relax just a little. Until he slams a palm against the wall. I flinch, only because it startled me, but I can see in his wounded expression that he believes he scared me. As if I could ever be afraid of him.

“Well you’re obviously not. If you were going to be so upset about it, why didn’t you just go ahead and do her?”

“You gotta be fucking kidding me,” he says, raising his voice a few decibels shy of shouting. “Which is it? You want me to have screwed her or not?”

I’m all wound up, like the toys from my childhood. The ones with the knobs you turn and turn, winding so tight the spinny thing breaks and falls off. I’m confused and hurt and angry and turned the hell on in a way I can’t even process. The combination is more than I can handle rationally. I take a page from his broody book and let my palm smack the wall behind me. It stings so I clench it shut.
The pain distracts me and I blurt out the truth.

His reaction is wide-eyed shock and disbelief. “Anyone? Christ, you want me to be celibate? Do you hate me or something?”

Licking my lips, I take several deep breaths in an attempt to calm down. It almost works. “I want you,” I begin slowly before taking another deep breath. “To not engage in foreplay in front of my face.”

He opens his mouth to respond—most likely to deny that he did that tonight—but I place my trembling fingers against his lips, firmly breaking our ten-year unspoken no-touching rule. I’d like to take a moment to enjoy the soft, full, sensuously masculine mouth of his, but there isn’t time. I need to focus all cylinders of my brain on what I’m trying to say.

“I told you how I feel, what I want. And I get it. You don’t feel the same way. Or you won’t act on your feelings. But that doesn’t mean I can switch mine right off for your convenience. And it doesn’t mean that I’m not jealous, not hurt, and that I don’t hate, hate, being in the presence of any woman who is going to have you in a way that I never will.”

I’m breathing hard, tasting his anxiety and frustration in the air between us. Removing my fingers from his mouth and placing them on mine, I watch him go to war with himself.

He neck loosens, allowing his head to fall forward. Remaining completely still while he inhales the length of my neck, I swallow hard.

“Tell me I’ll never have you that way. Tell me to move on and let this go,” I whisper, needing to hear him say it and terrified that he actually will in equal measure.

“You’re my best friend. Growing up, you were my safe place,” he tells me on a ragged breath that seems to pull the life completely out of both of us. “I don’t want to ruin you, Bluebird.” 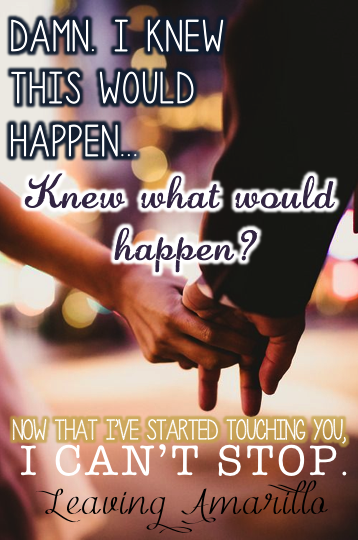 Caisey Quinn lives in Birmingham, Alabama with her husband, daughter, and other assorted animals. She is the bestselling author of the Kylie Ryans series as well as several New Adult and Contemporary Romance novels featuring southern girls finding love in unexpected places. You can find her online at www.caiseyquinnwrites.com.

She is represented by Kevan Lyon of the Marsal Lyon Literary Agency. Her full bio can be found on their website. 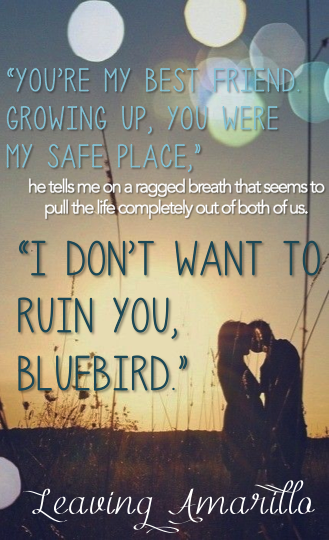