Review of Loving You is Easy by Wendy S. Marcus 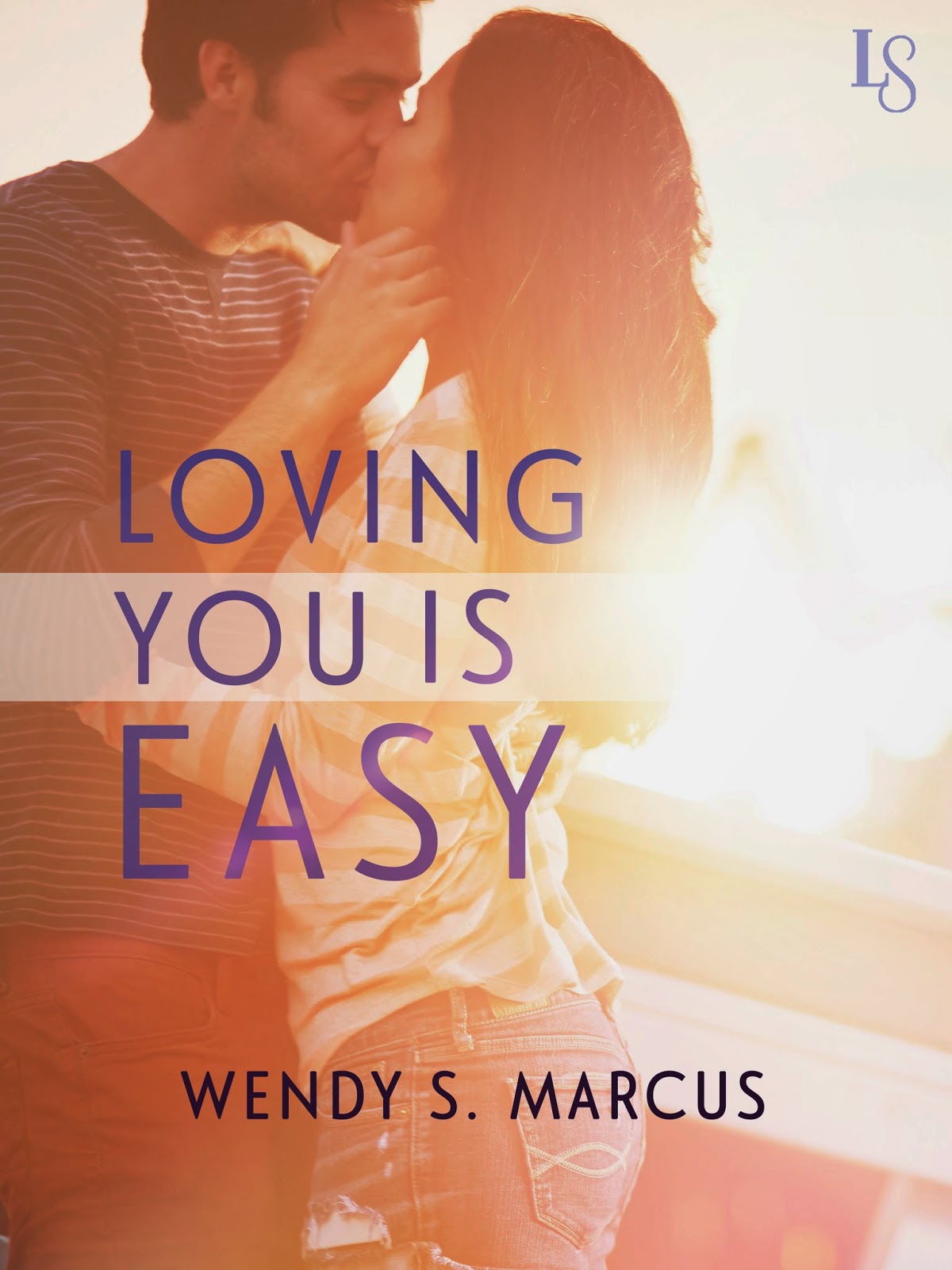 "News flash, Shane. Just because we are not officially boyfriend and girlfriend doesn't mean I don't care about you or miss you or worry about you. I'm a big girl. A grown woman. I don't need your misguided protection." - Brooke Ellstein

She’s a survivor of the front lines of politics. He’s a wounded soldier returning home from the battlefield. Can they place their trust in the power of love?

Nobody plays the role of perfect politician’s daughter better than quiet, respectable math teacher Brooke Ellstein. But she won’t be caught swimming with the sharks again, not after the son of a wealthy donor sinks his teeth into her and gets away with it. Still, political connections have their perks, such as heading up the governor’s “Support Our Troops” pen-pal initiative—and getting first dibs on the smoking-hot sergeant whose picture shakes her right down to her goody-two-shoes.

When corresponding with sweet, classy Brooke, Shane Develen instinctively hides his commando tattoos and blue-collar roots—and he can tell that she’s hiding something, too. But Shane knows he’s gained her trust when Brooke gives him a blisteringly sexy photo. Then he’s injured in an ambush and a fellow soldier posts the snapshot online. Overnight, Brooke’s reputation turns to ashes. Even though he’s totally wrong for her, Shane shows up on Brooke’s doorstep, determined to set things right—and discovers that right or wrong has nothing on the chemistry they share.

This book... Wow, I don't even know where to begin. It was lovely. It was heartbreaking. It was a moving romance between two characters whose flaws are so incredibly sad, you can't help but root for them to find happiness.

Have you ever had a pen pal? The one person that you can pour your secrets to in a letter? The person whose name you hope pops up in your mailbox and have a sense of giddiness when it does? In Loving You is Easy, we meet Brooke and Shane. Two characters whose lives are changed through the letters they've sent to one another. For Brooke, Shane was the perfect boyfriend material. He was everything she dreamed of. And most of all, he was a soldier. For Shane, Brooke was the breath of fresh air that helped him through the most difficult days in Afghanistan. She gave him hope for something that he felt he didn't deserve. When Shane comes home wounded, he hides from everyone he loves, including the one woman that made him feel alive. It takes a sexy photo and a ruined reputation for Shane to come knocking on Brooke's door. He's determined to right the wrong and keep Brooke at arm's length. As Brooke tries to break through Shane's armor, both realize that it takes strength for them to fight past their demons in hope for a future of happiness together.

Oh my, I adored this book. There were moments when I was close to chucking the book across the room, which would have been a bad idea since I was reading it on my Kindle... Why did I want to chuck the book if I adored it? Good question... There were moments where I just wanted Brooke and Shane to drop the armor and feel what their hearts were telling them. Once I finished Loving You is Easy, I realized that my wanting to chuck the book across the room meant that I was fully under the spell that author Wendy S. Marcus created and never once did I want to put the book down. It meant that I was completely invested in these two characters and I hated seeing them suffer because of their demons. I loved both Shane and Brooke. There were times that Shane was a complete ass, but he was truly hurting. The army is all he's known and now that it has been suddenly ripped away from him in a violent and painful manor, it would have surprising if he didn't lash out at times. Don't let that scare you, though. He was never violent with his loved ones. Instead, he pushed them away when they tried to help him do every day tasks that he felt like he should be able to do on his own. As for Brooke, the woman held her own against Shane. She fought him tooth and nail. She stood up to him in his darkest moments and refused to let him hide his feelings. In the same aspect, Shane helps Brooke speak about something horrible that happened to her as a teenager. They were perfect for each other. They needed the strength from one another to fight the demons that kept them from being whole.

I loved Loving You is Easy and my only wish is that I had a box of tissues with me as I read a particular scene that broke my heart. I sincerely hope Wendy continues with Neve and Mic's story. There is something going on with those two and I hope we get to see it play out. Until then, I know I'll be adding Wendy's books to my TBR pile.

Wendy S. Marcus is an award-winning author of contemporary romance. A nurse by trade, Wendy holds a Master of Science in Health Care Administration, a degree that does her absolutely no good as she now spends her days, nights, and weekends mucking around in her characters’ lives creating conflict, emotion, and, of course, a happily ever after. Wendy lives in the beautiful Hudson Valley region of New York. When she’s not writing, she enjoys spending time with her family, which includes her dog Buddy, and blogging/e-mailing/tweeting/facebooking with her online friends.