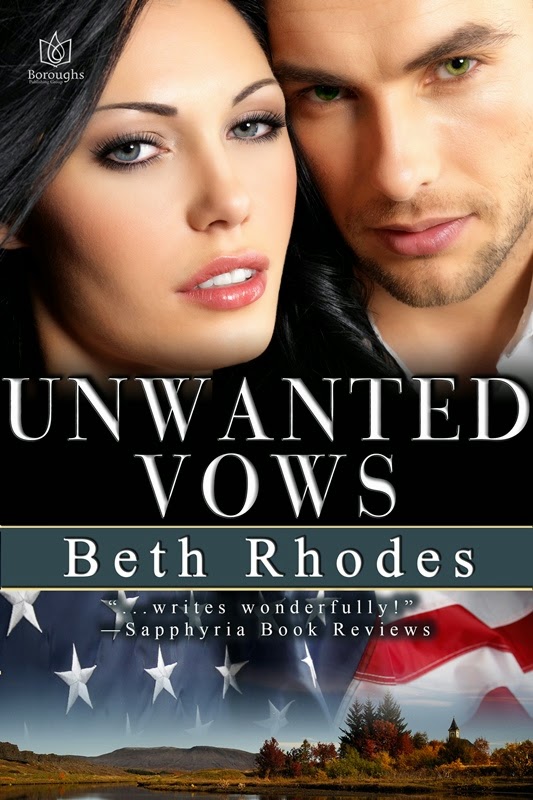 WOUNDED
Samantha Hollister is done relying on other people to take care of—or abuse—her. Her ex-husband is out of the picture now…like her family home, the haven she intended to seek. Her father just sold it to her high-school sweetheart, the man who abandoned her many years ago for the army. The man who still makes her heart flutter. But Samantha has vowed to never be led astray again. She has a daughter.

WANTING
Despite being injured in action, Morgan Lawrence lives life to the fullest. Each day is a gift, and after five years he is finally one step away from opening a resort for wounded veterans like himself. Unfortunately, a woman stands in his way. And while she has changed, Samantha remains everything he’s ever wanted. Now it’s a matter of helping her see which promises are meant to be broken, and that being strong doesn’t mean one has to fight alone.

Morgan stepped out of the church, an unusual place for him on a Wednesday morning, but the new priest had needed help reattaching some cabinets to a wall in the sacristy. With the slight hitch in his work on his house—Samantha’s inquiry, Judge Adder’s courtesy request—guilt had him hesitating to make the next step, and he had some time on his hands.

The guilt was unexpected. Guilt over leaving all those years ago, guilt at finding himself in the middle of her family dispute. He wanted her to be happy. There was no logical reason for it except that…well hell, maybe his feelings hadn’t completely disappeared over the years.

Morgan stopped short on the curb. Trouble herself was walking down the street with her daughter not ten yards in front of him. Looked like she’d come from Devonshire’s office. Busy lady. Stirring up more trouble, probably.

His feet followed. Or that’s what he told himself when he left his truck behind.

At the corner, she took her daughter’s hand and waited, even when there weren’t any cars coming. Morgan frowned. What the hell was she doing?

He slowed his approach. “Sam?”

It was like she hadn’t heard so he kept some distance, leaned in, and tapped on her shoulder. He couldn’t help but notice her grip on Olivia’s hand tighten as she turned to him. “Oh, it’s you.”

“I just called your name.”

Embarrassment shaded her pale face. “I was lost in thought.”

Morgan sighed and picked up the little girl who was slowly winning him over. He shouldn’t ask. It would be stupid to ask. But she hadn’t quite met his gaze yet, and she had been standing there as if in a daze. “Everything okay?”

“Well, if you’re sure.” This was his way out. His escape from involvement. His second chance to quickly walk away from her.

Morgan drew back. Shoot. “Uh, well. Hm. Could you be more specific?”

“They have to have everything their way. Even when they act like they want the best for you, they’re really just maneuvering through what they think is some kind of female minefield to get their way. Period.”

“You said all the right things. You showed all the right emotions. And a year later, you were off to basic training and a career in the military, which, by the way, totally messed with my head. Why is it that men do whatever the heck they want while women change things, manipulate events, force their own lives to accommodate those desires?”

He frowned. Nothing like stepping in a pit of snakes. “I plead the fifth.”

“Of course you do.” Samantha took Olivia from his arms.

“Is Jessie giving you trouble?”

“You could say that.” When she finally took the time to meet his gaze, her eyes spoke of unresolved and growing agitation.

He’d never been married. Never dealt with this kind of fight, but he had fought. He knew what it was like when it seemed everyone was against you. He didn’t like feeling this connection with her, but there it was. “What would you say?”

“Oh, he’s trouble all right.” She looked around as if suddenly realizing she was standing there talking to him and needed an escape. Yup. They definitely had some things in common. 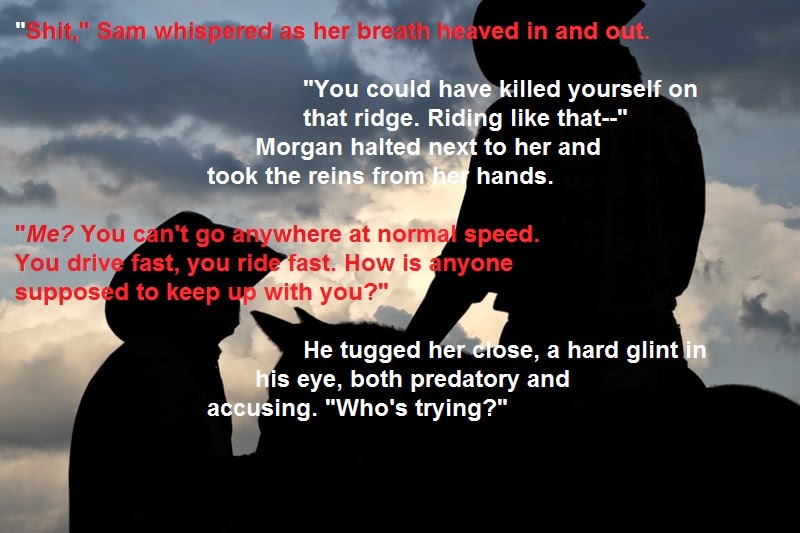 Beth Rhodes is a woman, imperfect yet trying—a wife, mother, friend, and lover.
She lives with her army husband and their six children at the base of the mountains in
Colorado. She loves the cold, coffee, camping, and sunshine. Her stories are full of life,
family, and love. You can find her reading just about any genre of romance, but her
favorite books are fast-paced suspense, where life is on the line and love is the only
saving grace. She wants a story that makes her heart pound and her pulse race.