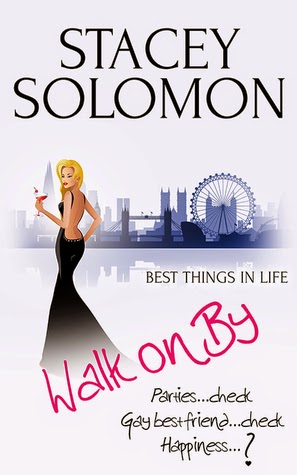 "Will you get out of that shower, darling? Really, you've been in there ages. What have you been doing, having a Herbal Essences moment?" - Rupert

Ever since Charlotte Taylor was a little girl she’s wanted fame and fortune. She sings with the voice of an angel and is soon plucked out of obscurity and launched into the limelight as the overnight sensation ‘Lola’.

Charlotte attends wild celebrity parties and moves in circles with the rich and famous, but the people living the life of celebrity aren’t all she imagined them to be and neither is her life. Struggling to find the real Charlotte again she battles against the crazy life she’s thrust into, desperately trying to swim to the surface.

Blake Hudson is a self-made man. Successful in his own right, he’s busy making his own mark on the world. Self-assured, strong and determined, he’s not looking for a permanent relationship. But when he meets the sweet and charming Charlotte, he’s captivated. But the world of celebrity and business collide and commitments, half-truths and unintentional deception don’t make for smooth sailing.

Hilarious consequences ensue through this romantic comedy, but can Lola and Blake overcome the challenges that life and fame throw their way to find their own happy-ever-after, or will Lola just have to Walk on By?

I adore romantic comedies. It was the genre that first drew my attention to romance and it is like my security blanket when I have a book slump. So when I saw Walk on By in Totally Bound's new releases email, it immediately got my attention. What I didn't know what that it is part of their new "Celebritease" line (romance written by celebrities) nor did I realize that it is actually the first book in a new series (more on that later). Initially, I was a little skeptical going into the book, but that faded away the minute I read the beginning of chapter one. At that point, I was hooked. I had in tears during many parts of Walk on By.

Since my notes for Walk on By are a little scattered, I'm going to do this review bullet style...

If Walk on By was a movie, it would be a romantic comedy with a dash of slapstick. It was fabulous. Stacey's characters grabbed me from the first page and kept me up all night. My one concern was the abrupt ending. It lead me to believe that the next book will start off where Walk on By ended. If that is the case, I'm a little more forgiving. I can't wait to see what Stacey has in store for her characters next. Hopefully we won't have to wait too long to find out.

The multi-talented Stacey Solomon was the X-Factor 2009’s last standing female contestant after coming third in the show.

In late 2010, she entered ITV’s I’m a Celebrity Get Me Out Of Here and was crowned Queen of the Jungle. She was also voted Mum of the Year in 2011.

Stacey is currently the face of Look Again and we regularly see her lighting up our screens on numerous TV shows including Sing If You Can.

Alongside the publication of her new book, 2015 sees her releasing a new single and her own perfume.

Posted by CrystalBee at 8:57 PM