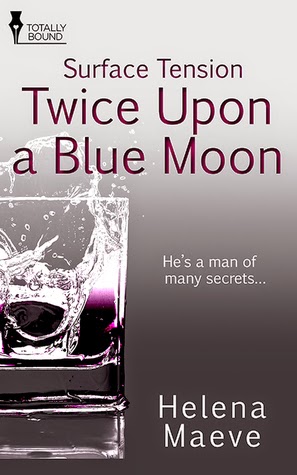 "You and I are going to have so much fun." - Dylan

Some affairs are like playing with fire, but knowing you’ll get burned is no reason to throw the game.

When her best friend doesn’t show up after a no-strings date with a man she met in a fetish club, Hazel is duty-bound to fetch her from what could be a sticky situation. She doesn’t expect to find her friend’s date so attractive—or so unflappably cool. Not that it matters. Hazel has been burned before and she knows to stay away from handsome men who are patently out of her league, especially when they’re involved with her one and only friend.

Tesla-driving, suit-wearing Dylan more than fits the bill. But every barb Hazel throws him makes him rise to the challenge, and he doesn’t want her to find a way to say no. But not only does Dylan have his own playroom and a sound grip on the S&M lifestyle, he’s also a man of many secrets. Dylan sees a place for Hazel in his bed, but what he wants is more than a one-night stand.

As she acclimates to the idea that Dylan may not be entirely straight or entirely single, Hazel soon finds herself caught between two dominant men whose bond seems to balance on a knife’s point.

Helena Maeve's Twice Upon a Blue Moon was a deliciously wicked introduction into her new three part serial, Surface Tension. In Twice Upon a Blue Moon, readers are introduced to Hazel, Dylan, and Ward, all of whom carry secrets. As their past secrets are unveiled, their lives are intertwined as they grow closer together until a spark ignites their sizzling chemistry. Hazel's secret is about to bite her in the ass...again. Although he likes to believe that he is upfront about his relationship with Ward, Dylan's lips are sealed when it comes to just how deep their relationship runs. And as for Ward... Well, what the heck isn't he hiding?

When I first picked up Twice Upon a Blue Moon, I wasn't aware that it was actually the first of three novellas that make up Maeve's Surface Tension serial. So needless to say, the ending surprised me quite a bit. There is a cliffhanger, but I think as cliffhangers go, it is fairly minor. I really enjoyed Twice Upon a Blue Moon. It is a fun and very sexy MMF romance between three very complex characters. You really don't know for sure what is going on in their minds at first, but once Hazel gets to know Dylan and they both work through the factors that hesitated them, I started to get more understanding of what is driving their attraction. Dylan loves the challenge that Hazel represents and Hazel has always been drawn to Dylan's BDSM lifestyle. As she gets to know Dylan on a more personal level, she's thrown into the same space as Ward... And, well... That's a whole different story. I loved the mixture of sexiness and secretiveness that Twice Upon a Blue Moon offered. I loved how quickly both Dylan and Ward felt protective of Hazel. It didn't take them long to lure her into their complicated relationship. The sexy time was sizzling hot... That is all I'm saying about that because it is something best experienced when you're reading it. Overall, I had a lot of fun reading Twice Upon a Blue Moon and I am counting down the days until I can read the second novella, A Smile as Sweet as Poison.

Posted by CrystalBee at 5:24 PM