A visit with Gina Lamm, author of Kiss the Earl 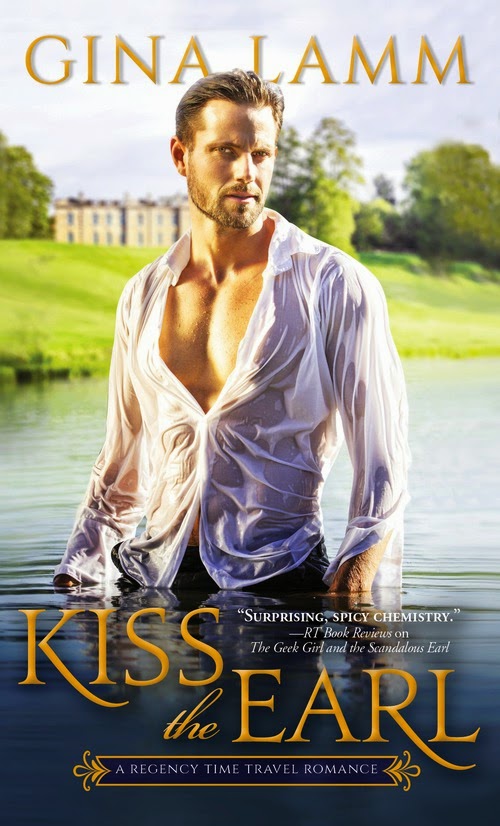 Please join me in welcoming Gina Lamm, who is celebrating the release of her new book Kiss the Earl.


Which of your characters would you say you are most similar to?

Hi everyone! I want to thank Crystal for having me here on the blog to celebrate the release of KISS THE EARL! It’s been a long time coming, but I’m so grateful that the release is finally here, and I get to share it with all of you.

There are elements of me in almost every character I write. Some are more similar to me than others are, but they’re each their own people. But as far as the Geek Girls series goes, I’ll highlight some of the heroines’ similarities—and differences!—from me.

For the first book, THE GEEK GIRL AND THE SCANDALOUS EARL, I drew on some things that I dearly love to create Jamie. Firstly, Jamie’s a gamer. She plays an MMORPG that’s quite similar to World of Warcraft. I am also a gamer, when time permits! My main is a Blood Elf Paladin. Jamie’s more of a Warrior type deep down. She wants to run point for the group, go first and draw the enemy’s attention while the others bring them down. Of course, her guildies don’t see it the same way, so she’s forced to use her Priest and heal. Ah, well. Can’t win them all. Jamie’s also a composer. She’s very musical. I’m only a wee bit musical, but I do love to create stories, and choreograph dance.

The second book, GEEK GIRLS DON’T DATE DUKES, stars Leah. Leah’s approach to time travel is very different than Jamie’s. Where Jamie spent most of her time hiding and trying to figure out how to get home, Leah does her best to fit into the time period. First as a maid, and then as a debutante. Leah’s an elementary school drama teacher. I studied theatre while in college, and it’s still very dear to my heart. So Leah’s love of costumes and playing a given role are very similar to me. But Leah’s determination that she’s destined for a duke is where we differ. Loving fairy tales and believing they come true are two different things. But that’s the charming thing about Leah, and her realization that she just misunderstood the fairy tale ending makes me incredibly happy.

Lastly, Ella from KISS THE EARL. Ella may be the most different from me of the three heroines, but then again we’re similar on a different level. Ella’s a comic artist. I can’t draw a straight line, but I do love comics. But Ella loves superhero comics, whereas I’m more into vintage romance comics and independent stories. Personality-wise though, Ella and I do share some similarities. Ella tries her hardest to get along with everyone—so do I. Even if Ella’s nervous about something, she’ll do her best to face her fears. I try to be that way too. Ella’s snarky sense of humor is something I enjoy, but she’s a bit quicker on her feet verbally than I tend to be!

So there are the three Geek Girls. I hope you love them as much as I do! Ella’s love story is one I’m especially proud of, so I do hope you guys will check out KISS THE EARL! Thanks again to Crystal Blogs Books for having me here today!

When Ella Briley asked her lucky-in-love friends to set her up for an office party, she was expecting a blind date. Instead, she’s pulled through a magic mirror and into the past…straight into the arms of her very own Mr. Darcy.

Patrick Meadowfair, earl of Fairhaven, is too noble for his own good. To save a female friend from what is sure to be a loveless marriage, he’s agreed to whisk her off to wed the man she truly wants. But all goes awry when Patrick mistakes Ella for the would-be bride and kidnaps her instead.

Centuries away from everything she knows, Ella’s finally found a man who heats her blood and leaves her breathless. Too bad he’s such a perfect gentleman. Yet the reluctant rake may just find this modern girl far too tempting for even the noblest of men to resist… 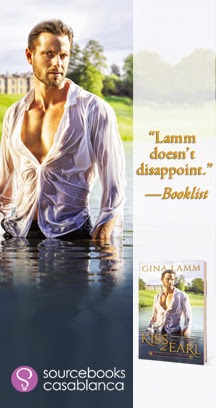