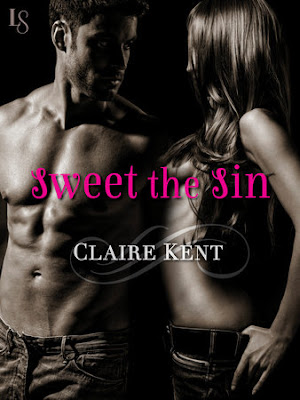 In the first novel in USA Today bestselling author Claire Kent’s deeply sensual story of love, lust, and deception, a woman searching for the truth discovers that she’s sleeping with the enemy.

Portrait artist Kelly Watson keeps her relationships simple and steamy, with no strings attached. She’s had a hard time trusting other people since she was a child, when her father was murdered for trying to blow the whistle on corporate corruption. Nearly twenty years later, Kelly finds herself in the arms of a seductive stranger—the very same man who may have ordered her father’s death. And even as she plays him, using hot sex as a means to revenge, Kelly is tormented by one question: Is she committing the ultimate betrayal?

Caleb Marshall has spent decades forging a high-powered career, rejecting intimacy for the convenience of fast women and cheap thrills. But Kelly intrigues him, pushing commitment buttons he didn’t know he had. Still, something is wrong. Despite their physical and emotional chemistry, Caleb feels the fear inside of her. Now the only way to keep her safe is coming clean, before secrets and lies destroy their connection—no matter how deep, intense, and addictive it may be.

Maybe the man had just been teasing, coming on to her with a smug attitude that normally worked with women. Maybe it had worked with her too. But he’d implied that she was weak, guided by soft feelings, incapable of being as strong and impersonal as he was.

Including this park. This woods. A certain hiking trail.

Even this wasn’t enough to break her.

So Kelly made herself get out of the car and stood holding on to the door until her legs stopped shaking.

She was aching between her legs from the sex she’d just had, and her back and ass were burning from the scratches. It was easier to focus on those sensations than on the fear that was growing, rising as she stared at the entrance to the trails.

There were a few cars parked in the lot, but no one was in sight. She stood a long time, trying to even out her breath, before she was capable of walking. She took step after step until she reached the trail’s beginning.

It was the one on the left. She knew it.

All she had to do was take a few more steps, and she’d be on the trail, into the woods. She’d known this trail by heart when she was a child, but other memories had blotted the knowledge out in the intervening years.

A familiar panic overwhelmed her as she neared the trees—dark depths and tangled branches that hid dark secrets.

But the fear was irrational. There were no dangers on this trail today. She wasn’t going to let a silly phobia cripple her like this. She could walk this trail—at least for a little while. She wasn’t so weak and cowardly as to turn back now.

Closing her eyes, she took ten steps down the trail, almost stumbling on a large tree root.

She had to open her eyes then, and the woods were already surrounding her. She turned instinctively and took a ragged breath as she saw the clear space and sunshine opening up back at the entrance.

She was shaking all over, and she heard her dad’s voice, coming from somewhere far back in her memory. He was telling her not to run on ahead.

He’d been a scientist—not a particularly athletic man in any way—but he’d enjoyed weekend hikes with her. He would tell her all about the trees and shrubs and birds and little critters, and she would try to race him up the steeper hills.

There was a curve in the trail now, and she forced herself to keep walking, even though her vision was starting to blur. She could barely breathe, and her heartbeat pounded in her head and her feet.

She heard her father’s voice again, echoing through the years.

Kelly! Kelly Bird! Slow down! Wait for me!

She was out of sight of him now—beyond a curve in the trail. She was jogging, but she tripped on a big rock and fell on her hands and knees.

She scraped up her hands a bit, and it stung.

Kelly stared down at her hands now. They were clean. Pale. Well manicured. No scrapes or cuts at all.

Kelly Bird! No joke! Stop where you are and wait.

She’d understood the edge of seriousness in his tone, and she’d stood up from her fall and not moved. She hadn’t always obeyed her parents, but she didn’t want her father to be angry.

It was their Saturday hike together. They always had a good time.

As she’d been waiting, she’d heard a deafening crack of noise, then a lot of rustling. And then—nothing. Not her father’s voice. Not the sounds of his footsteps catching up to her.

Dad? Dad, are you coming?

Her words had echoed through the woods, met only with silence.

So finally she’d turned around and walked back down the trail the way she’d come.

When she got around the curve, she saw her father.

He was lying on his back on the ground.

When she ran over to him, she’d seen that part of his head wasn’t there anymore.

It was blood and brains and pieces of skull, but not her father anymore.

The rest of the day she couldn’t even remember. It blurred into a vague nightmare.

She’d had to wait a long time before two more hikers passed by. She’d been covered with his blood by the time the police came.

She was choking now, unable to breathe, unable to see, panic and nausea overwhelming her.

She stumbled back toward the entrance, toward safety, falling twice because her eyes had darkened over.

As soon as she cleared the trees, she bent over, dragging in desperate breaths.

It took five minutes before she could stand upright again, and her whole body was damp with cold
perspiration as she limped back to her car.

She wasn’t weak, and she wasn’t a coward.

That man hadn’t been right about her. She would never surrender her self-sufficiency.

But this was one thing she couldn’t face.

Claire Kent has been writing romance novels since she was twelve years old. She has a PhD in British literature and, when she’s not writing, teaches English at the university level. She also writes contemporary romance under the pen name Noelle Adams.