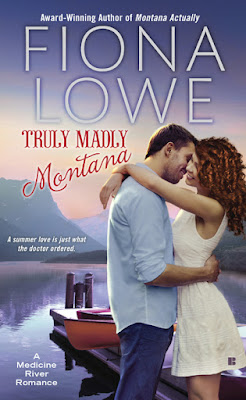 Summer in Montana brings heat with a chance of romance in the new Medicine River Romance from the award-winning author of Montana Actually...

Sexy and charming Australian doctor Will Bartlett will do anything to help out a friend, even if it means moving to Bear Paw for the summer. Some small-town hospitality, and the uncomplicated friendship of his co-worker, Millie, is just the ticket to shake off the restlessness that’s been gripping him lately.

Millie Switkowski, RN and medical student, is home for her clinical rotation, and she’s determined to make this summer so much better than last. She’s got a year of medical school under her belt, her diabetes is under control and she’s kicked her crazy crush for Will Bartlett, who only ever treated her as “one of the guys.”

But when Will turns out to be Millie’s supervising physician, without warning the summer gets a whole lot hotter than either of them anticipated. With both of them holding onto thorny secrets, can they walk away with their hearts intact?

He turned his head quickly and the ground tilted again. He swayed, and as he steadied, he spied Josh’s nurse practitioner, Millie, and his fellow groom’s person. What was her surname? Doesn’t matter. She was sitting alone at a table with an empty chair opposite her, and she had her head down looking at something in her hand. He assumed it was her phone. He loved social media as much as the next person, but it bothered him how many people spent their time at social functions live tweeting them rather than talking to the people present. It probably answered the question as to why she was sitting alone. Still, she was his save from the attentions of the hammered and giggly nurses. “Mind if I join you?”

Her head shot up so fast that her kamikaze curls bounced across her eyes, which, although mostly green, had an unusual ring of coppery brown around each iris. She quickly slid the device she was holding into her pocket, and he caught a flash of pink in the glow from the cluster of tea lights on the center of the table. Funny. He’d never have picked Millie for a pink girl. Come to think of it, he’d never thought about her in terms of femininity at all. Millie was just . . . Millie. Unprepossessing. Ordinary, even.

A flash of a memory from last year flared. Not totally ordinary. She’s got a dimple-cute smile.

Only, she wasn’t smiling now. In fact she looked slightly taken aback. “Really? You want to sit?”

The nurses were bearing down on him fast. “Really.”

It wasn’t the most welcoming invitation he’d ever received, but he took it anyway. As his bum hit the chair, he heard a loud and collective sigh behind him.

“We thought you were coming to talk to us,” said another nurse who Will thought might be called Marissa. Or it could be Larissa—he really didn’t remember nor did he really care, but he’d never let her know that.

He pulled his mouth into a broad smile and turned his face toward the buzzed group. “And I was coming straight over to you until Millie, here, reminded me that we have official secret wedding business to attend to before Katrina and Josh leave.”

Millie made a definite snorting sound.

He ignored her, choosing instead to press on with the nurses and appease them. “Sorry, ladies. Rain check?”

“I guess.” Cassidy squeezed his shoulder. “But only ’cause you’re cute.”

“So very cute.” A woman he’d never met before gave him a dreamy smile.

“We’ll be on the dance floor,” ’Issa instructed firmly. “Come find us.”

They smiled and giggled before wobbling their way back toward the tent, and he turned back to face Millie.

Her previous wide-eyed surprise had morphed into a narrow gaze. “Secret wedding business?”

“Incredibly secret.” He grinned at her, expecting his smile to soften the critical look she was currently spearing through him. He leaned in conspiratorially and dropped his voice to a low burr that had got him places with women in the past. “So secret that if either of us speak of it, weddings as we know it will never be the same again.” He tapped his nose with his finger. “It’s just not worth the risk.”

Instead of laughing, she leaned back slightly, reestablishing the previous space between them. If she’d wanted to smile at what he’d just said, she was doing a great job of hiding it. “Just so you know, Will,” she said matter-of-factly, “the Bear Paw nursing department is known to hold a grudge.”

“No worries. I’ll bring cake and chocolates next time I’m in town.”

She blinked and then shot him an irritated look. “I should turn you in.”

He broadened his smile. “But you won’t. We’re brothers-in-arms.”

Something flickered in her eyes. “How do you figure that?”

“Well, we’re Josh’s groomsmen, or in your case, groom’s person.”

She lifted her chin. “Actually, I’m the best man.”

She shook her head so hard that her dark auburn curls brushed her creamy cheeks. “I arranged the bachelor party.”

With a jolt of surprise, he realized she was pissed off at him. “And I appreciate that,” he said, starting to regret his decision to avoid the tipsy nurses.

Her spearing look sharpened. “Exactly what did you do apart from arrive at the last moment and look better in a suit than me?”

Ouch. What had he done to make her so snarky? And why the hell was she wearing a suit anyway? 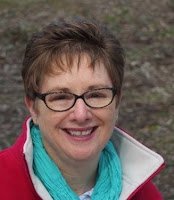 Fiona Lowe is a RITA® and R*BY award-winning, multi-published author with Harlequin , Carina Press and, Berkley USA. Whether her books are set in outback Australia or the USA, they feature small towns with big hearts, and warm, likeable characters that make you fall in love. When she's not writing stories, she's a weekend wife, mother of two 'ginger' teenage boys, guardian of 80 rose bushes, slave to a cat and often found collapsed on the couch with wine.