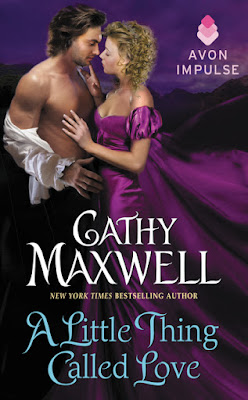 In New York Times bestselling author Cathy Maxwell’s new novella, beautiful Jennifer Tarleton has no lack of noble suitors, but the only man who captures her attention is the one her father will never let her marry: Fyclan Morris. He’s a brash adventurer, witty, courageous…and Irish!  Even worse, her father blames her for their reversal of fortune…

And it’s a fortune—or rather his grandmother the fortune teller—who foretold that Fyclan would meet “the one”, a love prophesied in the stars. He vows nothing will stand in the way of making Jennifer his bride, but is the price too high? Or is a thing called love worth every challenge?

“Have you taken leave of your senses, man? Do you know who she is?”

Fyclan Morris shrugged off his friend John Bishard’s astonished questions. “She’s a goddess,” he replied, moving after the heavenly creature who had passed them as they had come out of the watchmaker’s shop.

The young woman, a vision in blue ribbons and lace from the top of her pert brimmed bonnet to the trim of her hems had not noticed him, as a proper young woman should not. Accompanied by a manservant and maid, she’d weaved her way through the crowded street, her attention on a piece of paper in her hand, unaware that she’d changed his life forever.

It was her. Fyclan did not doubt the fact.

“You’ll recognize her immediately,” his Gran had said. “She’ll be fair to your dark, a light to your step, a force you will not deny.”

His Gran had claimed to see the future. She saw it in dreams, she said. The Irish believed in prophecy and accepted what they could not understand, but even among them, his Gran’s gift was special. She was Romany born, a gypsy until the day Fyclan’s Grandfather claimed he’d woven moonbeams into a rope and captured her to keep her.

Fyclan had never doubted the story. There had been something magical about her. She had a knowledge of things that no one could explain. Even the priest claimed to be puzzled, and it was whispered that a few times, he’d asked her a question or two himself. 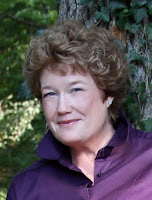 New York Times Bestselling Author, Cathy Maxwell, spends hours in front of her computer pondering the question, “Why do people fall in love?” It remains for her the great mystery of life and the secret to happiness. She lives in beautiful Virginia with children, horses, dogs, and cats.