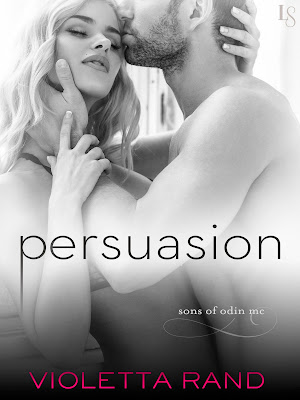 If you love the motorcycle romances of Joanna Wylde and Julie Ann Walker, don’t miss Violetta Rand’s irresistible novel about a sexy-as-sin biker who tempts a good girl to go bad.

Lang Anderson may be the new leader of the Sons of Odin motorcycle club, but his personal life is in shreds. He’s struggling to take care of his three young sisters in the wake of tragedy, while rumors of drug dealing within his ranks jeopardize everything he’s built. The last thing he needs is another distraction—like a bar brawl over a woman—but Lang is a sucker for a damsel in distress. And this one gets him roaring like a finely tuned engine.

High school guidance counselor Lily Gallo is no fender bunny. So why can’t she get Lang off her mind? Lily’s head says the rugged, rough-and-tumble biker who came to her aid is bad news. Her body begs to differ. But when Lang’s troubled kid sister walks into her office, Lily’s determined to help, even if it puts her in the crossfire of a gang war. On a crash course with danger and desire, Lily partners up with Lang to fight for his family—and for love.

Fuck. Lang Anderson stormed out of the Corpus Christi Federal Courthouse and sniffed the air. It reeked of rotten fish from the marina, reminding him of the stench of corruption in the courtroom. The place was full of assholes who didn’t believe in the long-standing tradition of innocent until proven guilty. Including the special prosecutor the feds had imported from Los Angeles. She was a bitch on wheels out for the kill, and unfortunately her prey was Jessie Mansard, the acting president of his club. No doubt it didn’t help that he wore MC patches—the same colors Lang proudly sported every day of his life.

If found guilty, Jess would get the death penalty. Unless he copped a plea, which likely meant a life sentence. Either way, he was going to be wearing stripes instead of his leathers.

A threat every Brother faced eventually for living outside the law. One Lang couldn’t afford, since his parents had been killed in a motorcycle accident outside Houston seven months ago. Their deaths had resulted in his having custody of his three little sisters, whose lives had been shattered, leaving them vulnerable and scared. Even with all his careful attention and unyielding patience, the eldest, Maya, was still acting out and required close supervision.

The loss of his mother and father had sealed Lang’s fate too. It also made him rethink everything in his life and with the club. What if that were him wearing shackles in front of the cameras? The judge presiding over the case had opened his courtroom to the media. And they attacked like rabid dogs, feasting on Jess—portraying him as a psychotic killer.

The end result was that Jess would never taste freedom again. Lang would become the next president, a role he’d never wanted nor dreamed of filling.

He tapped a cigarette out of his pack and lit it, sucking in smoke, then blowing it out, his gaze drifting to the entrance of the courthouse. His paternal grandfather had been a founding father of the club, and, as a third-generation member, Lang held partial deed to the club property and bar. Throughout the years, blood had been shed to ensure the charter’s survival. And now that Lang had control, he needed to surround himself with men who believed in the same things he did. Striving to keep peace with larger clubs was at the top of his priorities list. Several MCs had been dissolved over the last couple of years, either merging with the dominant charter in the area or folding because of financial challenges.

Survival of the fittest meant more than his Brothers realized. 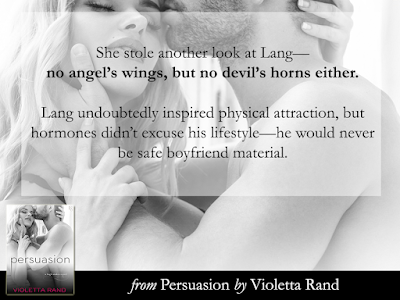 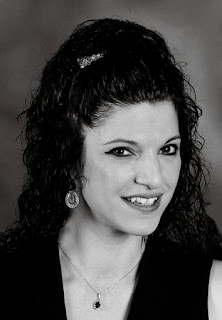 An environmental scientist by day, Violetta Rand has been in love with writing since childhood. Struck with an entrepreneurial spirit at a young age, she wrote short stories illustrated by her best friend and sold them in her neighborhood. Rand enjoys outdoor activities, music, reading, and losing herself in the world she brings to life in the pages of her stories. The only thing she loves more than writing is her wonderful relationship with her husband.