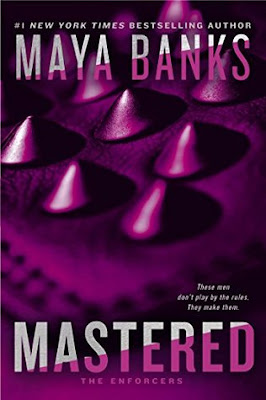 "You are beautiful, Angel. And before tonight is over, you'll not only know how beautiful you are, you'll feel it too." - Drake Donovan

What he wants, he takes with no remorse or guilt.

She stood out in his club like a gem, unspoiled and untouched. A lamb among wolves, she clearly didn’t belong. Drawn to her innocence he watched as she was surrounded by men who saw what he did—but no one but him could touch her. He summoned her to his private quarters. He sensed her fear. He also recognized the desire in her eyes. And he knew she wouldn’t leave before he possessed her. She had no need to know his secrets. Not until he had her under his complete and utter control.

What he wants, she isn’t sure she can give him.

The moment he told her want he wanted, she couldn’t resist. Instinct told her to run, but her heart said stay and walk the fine line between pleasure and pain. Though she wasn’t sure she could ever completely surrender, the primal part of her wanted to try, even knowing this man could break her in ways she never imagined. Because once he possessed her, he owned her and it would be too late to turn back. She can only pray that he doesn’t destroy her in the end.

Since I have a lot to say about Mastered, I'm bringing back the trusty bullets...

Main Characters: This is where Mastered confused me the most. Drake and Evangeline seemed to have two different sides to their characters. Drake is a dominant and possessive asshole, for lack of a better word. He was the typical dark and menacing billionaire that doesn't know love. He does, however, know that if he throws his influence around, he'll eventually get what he wants. And what he wants is Evangeline. From the moment they meet, he's drawn to her in ways he has never felt before. And before long, he starts to develop deeper feelings. Unfortunately for him, Drake has no friggin' clue how to express this growing love in ways that don't involve money and/or sex. As Mastered progressed, I actually started to like the softer side of Drake. The tender moments where his shield is down and he allows himself to care. Evangeline, on the other hand, irked me for most of the book. I just wanted her to stand up for herself more. Drake wanting to pleasure her not 10 minutes after they first met should have been clue #1 for her that their relationship would be based on sex. There are moments where she is strong and will not back down from Drake's henchmen. That was the Evangeline I liked. I hated the meek little girl that cried at the drop of a hat. Girl, you're strong! Grow a backbone and kick some ass!

Background Characters: I loved Drake's henchmen. I loved that we get tiny little glimpses into their character's mind throughout the book. I want more of them, stat!

Relationship: Drake and Evangeline have a typical D/s relationship that will obviously evolve in the next book. There are moments of tenderness and some hidden love (more on Drake's side) that I think will appear more as their romance continues.

Honestly, it is books like Mastered that makes me think twice about not having star ratings on my blog. On Amazon and Goodreads, I'll give it 3 to 3.5 stars. Like I said, I did enjoy the time I spent reading it, but it wasn't one of my favorites. As the book is heavy on description, it did lag a bit at times. However, I am curious to see how the series progresses for three reasons. The first reason is that I want to see how Drake redeems himself from the last scene in the book. That was his biggest asshole moment by far and it is going to take a lot of groveling to prove that he's a changed man. I think he has it in him because he does have some tender moments that show his heart is there, he just doesn't know how to use it. The second and thirds reasons are named Justice and Silas, although I wish it was Maddox instead of Justice. I definitely want to get to know them better. In the meantime, I think I'm going to revisit the Sweet series while I wait for the next book in the Enforcers series.

Maya Banks is the #1 New York Times, #1 USA Today and international bestselling author of over 50 novels. A wife and mother of three, she lives in Texas.

Posted by CrystalBee at 1:49 PM