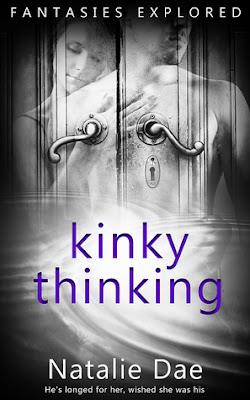 Things spiral out of control, and Suzie and Jack find themselves in danger, the business end of a gun pointing in their direction…

Jack, an escort worker, hasn’t stopped thinking about Anna since he joined her and her husband, Kline, for a ménage. He’s longed for her, wished she was his, but doesn’t expect to ever see her again—although he lives in hope. To his surprise, she requests him as an escort again at a hotel called The Libra, alone this time, but he’s unable to comply with her very explicit wishes.

Fellow escort worker Suzie also has a client at The Libra. Their meeting takes a turn for the worst and she stumbles home, alone and frightened and wishing she had her friend Jack to comfort her. The following night, when Suzie tells Jack about her experience, she doesn’t expect him to rush off to confront the client.

Jack doesn’t expect to bump into Anna again either, much less for Suzie to be called out to a meeting with Anna. Anna asks Suzie to join her in a mad scheme to catch Suzie’s father, her ex and her attacker on a taped conversation about an illegal arms deal…

Wow... After devouring the previous novellas in Dae's Fantasies Explored series, I can honestly say that Kinky Thinking was totally not what I was expecting. While the previous novellas were set around a single fantasy of Anna's, Kinky Thinking went more in depth into the lives of Anna, Kline, and especially Jack. It went beyond the sexual escapades of these three characters and dives into their background. There was even a hint of suspense. I loved Jack and Suzie. Jack comes to a realization with his "relationship" with Anna and comes full circle with his budding romance with Suzie. I liked the intrigue behind Suzie's character. The only element of this novella that I didn't care for was Anna. While she did bring closure for Jack, I wish she had just faded away into the background with Kline. Out of the three novellas, Kinky Thinking was my favorite. Loved it.

It had been months since Jack had spent that precious hour or so with Anna and her husband, Kline. Sharing sexual experiences with other couples wasn’t anything unusual. It was Jack’s job. He got paid to fuck another man’s wife while the husband either sat and watched while jacking off, or joined in himself. No biggie. It paid the damn bills, and he usually walked away without looking back.

She’d stirred something in him like no other, and that was dangerous, wasn’t it? She belonged to someone else-and, man, Kline had made that pretty clear right from the start. Jack could touch when told to but not before. He could fuck Anna’s asshole because Kline had said it was all right, but if he’d taken matters into his own hands? Christ, he’d have been tossed out of their hotel room, no doubt about it.

Memories from that night haunted him regularly, and Jack had to bite his tongue to stop himself groaning. Yeah, he had it bad, and when he was called out to the reception desk at the escort agency and it wasn’t Kline requesting another meet, it took him a couple of hours to get over it. Why torment himself, though? He wasn’t going to fuck Anna any time soon-if at all. He ought to just get the hell on with his job and forget her.

He showered, indulging in a few memories of her before he vowed to oust them from his mind for good. There was no point filling his head with her for the better part of his free time when nothing could come of it. She’d affected his day-to-day life, sneaking into his thoughts the way she did, and if he wanted to move on, find a love of his own, having her there wasn’t going to do him any favours.

Love. What was that? He didn’t love Anna. No, he loved the idea of loving her, of taking her when he wanted to, not when directed. He loved the idea of dating her, having her fall for him, then getting to know everything about her. But it wasn’t possible. He’d seen for himself how much she adored her husband and he her. The man had hired Jack because of a fantasy Anna had had. Kline would do anything for her-that was all too clear. What woman in their right mind would give that kind of guy up for someone like him-a man who sold his cock for a living?

It didn’t sound too great, did it?

But that wasn’t who Jack was, not really. Yes, he was able to get hard with any woman-lately he imagined he was fucking Anna every time-but it wasn’t what he wanted anymore. The work paid well, though, and he was reluctant to give the money up. He had a penthouse, for fuck’s sake, a car most men could only drool over and clothes that weren’t off the rack.

Yeah, he definitely had it bad.

Infatuation was a terrible thing.

He jacked off but didn’t allow himself to come-that would be later if his client requested it, and they almost always did. As though they needed him to in order to feel they were desirable. To feed their egos.

He pushed Anna from his thoughts and opened his eyes, wondering what kind of woman he’d be sent to service tonight. It didn’t really matter. None of them appealed to him.

They were just a job, someone who paid his wages. Or someone whose husband paid his wages. Didn’t those men mind? Or did it get their wives off their backs so they were free to go off and pay for a female escort themselves? He should stop asking himself why such beautiful creatures needed to hire a man. It was their business, but he suspected, due to their take-charge attitudes, they couldn’t handle a fifty-fifty relationship. Their dominance had become boring to him-same old, same old-and he struggled sometimes with doing as they instructed. A woman letting him do all the work appealed, but for him the agency tended to select those who loved dishing out orders.

What the fuck am I doing?

But if he gave it up, he’d miss the possibility of being told Kline requested his services for Anna again. He couldn’t risk that.

She lives with her husband and youngest daughter in England and spends her spare time reading—always reading!—and her phone, complete with Kindle app, is never far away. “I can't imagine not reading or writing,” she says. “It's a part of who I am. Without it I'd be more than a bit lost.”

She writes at weekends and is a cover artist/head of art in her day job. In another life she was an editor. Her other pen names are Geraldine O’Hara and Sarah Masters. Natalie also co-authors as Sarah Masters with Jaime Samms, and she co-authors with Lily Harlem under the name Harlem Dae.

Check out Natalie's other works HERE.