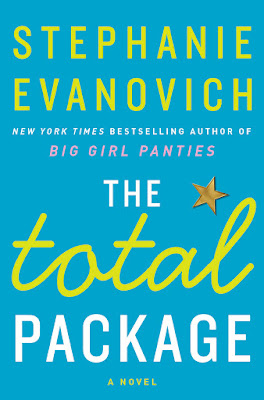 Smart and sexy Dani Carr knows as much about football as any man--maybe more. It’s always been her dream to make a living talking about the game she loves. But Dani’s not interested in being just the usual eye-candy sideline reporter; she wants to be the first woman analyst on a pre-game show, the ultimate in exclusive boys-club jobs. And it turns out, that despite the odds, she has the talent to get her there.

Star quarterback-and heartthrob--Tyson Palmer always did things in spectacular fashion, including ruining his career after debuting as a first-round draft pick. When the head coach of the Austin Mavericks refuses to let him waste his million dollar arm, Tyson makes a Hail Mary pass at redemption and succeeds with everyone…except Dani, who appears to be using her high-profile commentator job to make a name for herself at his expense.

Dani refuses to let anyone forget about Tyson’s transgressions….and for good reason. There’s history between these two, sizzling history that dates back to their college days, and it ended in another spectacular flame-out of Tyson’s. He’s conveniently forgotten all about that episode because Dani is no longer the cute girl next door he barely remembers--she’s a bombshell with huge ratings and a long memory.

But can a woman trying to claw her way to the top and a quarterback who knows all about rock bottom make it to the Super Bowl without destroying each other in the process? And what will happen when Tyson-riding high on his career comeback-realizes he needs to make an even more important comeback with Dani?

Within the last three years, the adjectives attached to Tyson Palmer’s name slowly morphed into overrated, reprehensible. A real waste. Wanting to stay in his father’s good graces, Tyson had often joined him in his downhill slide. Douglas Palmer proved a bad example. Tyson took responsibility for his mother’s heartbreak, stuffed all the hurt and pain deep down inside, and set the sequence on his time bomb to self-destruct.

Coming back here was supposed to be a kind of victory lap. But Tyson wasn’t being followed by throngs of alumni or asked to attend any ceremonies, not even the ones taking place on the football field. He wasn’t invited to any parties. Instead Tyson had been forced to retreat to the Bunker, where he was pointed at from a safe distance, like an animal in a zoo. Occasionally someone would approach him, politely engage him for a few moments, mostly about the weather, and be on their way. Nothing to see here—the phrase cops always used to move spectators along from a crime scene. His teammates and Blitz management had tried to be supportive . . . in the beginning. But it wasn’t long before Tyson’s shenanigans robbed him of his ability to lead, and they all had grown weary of him, even before he started racking up more interceptions than touchdowns on game day. He knew that within the next twenty-four hours his dirty drug test results would leave him jobless and probably tossed out of the league. The book they were getting ready to throw at him was heavy. I sure won’t miss those cold Massachusetts winters, he thought to console himself.

Bloodshot eyes focused on a face that was vaguely familiar. It was a wisp of a ghost brushing by him. Someone insignificant, but at the same time, not—pretty, but low maintenance. Dark hair, hazel eyes with a glint of determination magnified through the lenses of her glasses. When he’d seen her last, she had something he needed. And something he’d wanted.

“Helen?” he tried to zero in. They had spent quality time together, at least for a while. He hadn’t seen her naked, but it probably wasn’t from lack of trying. Those whose pants he didn’t get into were much more likely to stand out. “Ellen?”

“Ella,” she said hopefully. “I was your English tutor, in your senior year?”

Now he remembered. A flash that was stark and vivid, from the predrug days, before those first few injuries that weren’t so quick to heal. She had been one of several students handpicked by the administration when he fell short on his classes during football season. Hired for several hours a week to basically cram the exams into his skull and dictate his essays to him. He wasn’t stupid, but he also didn’t make it easy. Back then he thought about nothing but football and was easily distracted when it came to anything else. “Right.” He smiled at her, feeling the warm nostalgic wave. Her last name was something Italian.“Ella Bella.”

He had made up the cheesy nickname for her on a rainy afternoon four weeks into that semester, after they abandoned meeting at the library in favor of his dorm room. When he decided he would rather make out than recite the answers to an upcoming test. She was appealing enough, fresh faced and makeup free, a sophomore who had held on to her freshman fifteen. Not girlfriend material, but he wasn’t looking for a girlfriend.

And after one delicious kiss, Ella Bella had shot him down. Not in cold blood, of course; she’d stammered through the willing-to-date-him speech, but he’d never asked her for a date, and casual sex was off the table. She told him that she was still a virgin and she planned on staying that way. Something about a virgin never failed to make a horny guy hum. Tyson jokingly asked her to bang him every time they were together after that, but he was hardly brokenhearted when she laughed him off. There was always someone else on the sidelines. It was more his way of telling her he was available if she ever wanted to change her mind. He began to view her more like a little sister, especially since she could talk football better than any other girl he knew at school, even better than some of his teammates.

“You remember?” She smiled back at him, and then giggled. He still had it. And clearly she knew nothing of what was happening in his world. These days he was on almost every woman’s shit list. 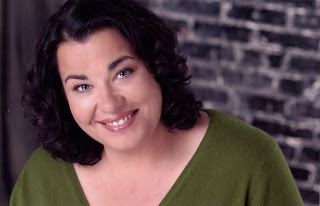 New York Times Bestselling Author, Stephanie Evanovich is a full-fledged Jersey girl from Asbury Park who began writing fiction while waiting for her cues during countless community theater projects. She attended New York’s School of Film and Television and acted in several improvisational troupes and a few small-budget movies, all in preparation for the greatest job she ever had, raising her two sons. Now a full-time writer, she’s an avid sports fan who holds a black belt in tae kwon do.