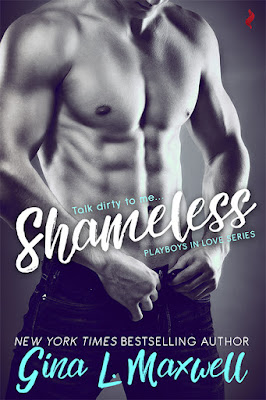 Until I meet the one girl in all of Chicago not interested in dry humping my junk. She’s all I can think about, and that’s a problem, because I made sure she wants nothing to do with me. But I’ve seen her deepest secrets, her darkest fantasies, and they match mine to a fucking T.

Now I need to show her how good it can feel…to be shameless. 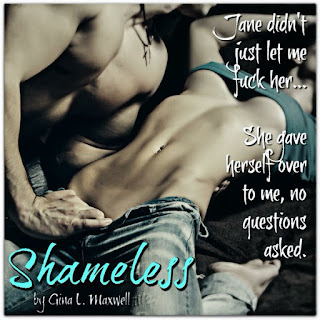 If such a thing as a Landlords of Chicago Convention existed, and said convention had an award for Worst Landlord of a Multi-Unit Building, mine would win by a landslide. A freaking landlord landslide.

Cursing his name for the umpteenth time in the last half hour, I wrap a Band-Aid around the cut in my thumb I’d acquired trying to unclog the pipes under my bathroom sink. God forbid Walter would actually do his job and call a plumber for me.

Since I’d moved into my small apartment in the South Shore area, my hot water heater, oven, and window A/C unit had all taken a crap at one point or another—just a few of the perks of living in a building so old that it predates the invention of the elevator—and each time it had taken Walter weeks to get them fixed.

But I’m nothing if not independent and self-reliant—traits born of being the child of workaholic parents. I’d managed to repair my garbage disposal and replace the tank assembly in my toilet by browsing the almighty Google and ignoring all my girly squeamishness at the ick factor of both. Neither instance had been pretty, but it wasn’t anything a hot shower and the satisfaction of a job well done couldn’t wash away.

Unfortunately, my stupid bathroom sink pipes aren’t going to be added to that list of accomplishments anytime soon. I don’t know if the slip nuts (thank you, Google Images) had been screwed on by the Incredible Hulk or fused in place by the lesser known supervillain Rust Man. Either way, those suckers aren’t budging for a mortal female with minimal experience handling a pipe wrench. (Feel free to insert dirty joke here.)

I glare at the standing water in the sink, hands on my hips, willing it to magically go down. I’m so focused on trying to Jedi-mind-trick the bastard into submission that I jump when my phone rings. Jogging into the living room, I snatch up the cell and answer as I plop onto the couch.

“Hey, you,” I say, greeting my best friend Addison Paige. “Aren’t you supposed to be burning the midnight oil?”

“It’s only seven p.m., but I’m sure I’ll still be here when midnight rolls around,” Addison says wryly. “You writing your paper?”

I laugh. Calling my masters thesis on social work a paper was like calling the Taj Mahal a chapel. I’ve been working on it for two years, and I’m almost—almost—done. Turning it in is the last step in getting my dual degree. Then I can finally get a job in my field and start making some real money instead of the piddly-ass wages I make as an intern and part-time waitress. (And then move.)

“Surprisingly, no,” I say. “I’m still trying to fix the clog in my bathroom sink, but all I’ve managed to do is pinch my thumb. Luckily, I managed to staunch the flow before I bled out all over the floor.”

“Damn good thing, because if you die before I get my fun friend back, I’ll kill you myself.”

“You know what I love about you?” I ask, laying the sarcasm on thick. “It’s that you make complete sense when you threaten me. I think it’s what makes you the best lawyer ever.”

“And I love that you love that about me. And also that you repeatedly tell me I’m the best lawyer ever instead of acknowledging my pathetic peon status. This boys club of a law firm isn’t going to give me my own cases anytime soon.”

“Nonsense. It’s only a matter of time before they see your brilliance and make you a partner,” I say with confidence. “Wait—since when am I not your ‘fun’ friend? I’m fun.”

“Seriously? When was the last time you went out? For fun. Not for school or work or any other life-sucking activity. Like, to a dance club or a bar or a fucking baseball game? I don’t know…anything.”

I open my mouth to respond with a list of all the things I’d done recently that qualified—because surely there is a list—but came up with nothing. I honestly can’t remember the last time I’d gone out to be social. I’ve hung out with Addison, but that was more lunch dates and Netflix than clubbing and cavorting.

Okay, so she’s not wrong. It’s been a while since I’ve had a social life and an even longer while since I’ve had a sex life, which makes me grateful she didn’t bring that particular nugget up. My recent hermit status may have slipped my notice, but I’m painfully aware of how long it’s been (for-freaking-ever) since I’ve been satisfied by someone other than myself.

Completing my masters coursework in two years instead of three, and then replacing school hours with work hours, doesn’t leave me with any time to invest in a relationship. I’m all for casual flings or even one-night stands, but the handful of forays hadn’t been worth shaving, much less the Brazilians I’d splurged on. After my last underwhelming sexual rendezvous, I decided that I wouldn’t drop trou for anyone else unless I’m positive it’ll be worth the pain of getting my pubic hair ripped out by the roots by a sadistic woman armed with strips of hot wax. If you’ve ever subjected yourself to that particular brand of cosmetic torture, you know that’s setting the bar for sexual excellence pretty high.

Don’t judge me. It gets the job done. With the right video, I can be turned on in minutes. Then, depending on my mood, I’ll either watch several to build the anticipation, or simply dive right in and get myself off in what I call an “express O.” Bing, bam, boom, done.

But like I said, it’s not something I’m ready to share with the class. Not even with Addison. Not because I think she’ll judge me—that girl is all for owning your freak flag and letting it fly—but because I’d inevitably have to answer questions about how often do I watch it (several times a week), and what kind do I like (the rougher, the better), and do I have a favorite porn star (hands down, James Deen). I’d just rather not get into the gory details of how I take the edge off my sexual frustrations, thank you very much.

“What’s it called when the lawyer is being an obnoxious asshat?” I ask my best friend. “Is it contempt? I find you in contempt of court, and I object. Your argument is erroneous. I don’t need a good time right now, I just need someone to fix my pipes.”

“Yeah, your lady pipes,” she jokes. “Things are probably just as rusted shut down there as they are under your sink.”

Sighing dramatically, Addison acquiesces. “Fine, killjoy. Does this mean you don’t want the number of a handyman who came highly recommended to me?”

I sit up a little straighter, perking up at the words “highly recommended.” Growing up in the digital age as I have, you’d think that I would trust online reviews of products and services. But things on the internet can be bought or faked. I’d much rather take the word of someone I know, and I’m ready to cry “uncle” and be done with this whole situation. “Who recommended him?”

“Rebecca, one of our paralegals. She said he’s worth every cent and more. I believe her exact words were ‘the best ever.’”

That sounds promising, so I grab the pen and pad of paper from the side table. “Okay, what’s the number? I’ll give him a call tomorrow.”

“One sec, I’ve got another call coming in. Hang on.” And with a click the line went silent.

I lean back on the couch, staring at the spidery ceiling paint, following the bigger cracks and admiring how they fan out with reckless abandon. Of course, they probably knew what I knew: no way was I standing on a ladder and painting upside down to fix them. When Addison clicks back over, I tell her, “All right. I’m ready for the number of my miracle plumber.”

“No need,” she replies. “I just called and paid in advance. Consider it an early birthday present. He’ll be there in about an hour.”

“What? It’s too late for anyone to be making house calls on a Friday night.”

“Riiiiight. Because everyone’s shit only breaks between the hours of eight and five on weekdays.” Addison is just as fond of sarcasm as I am. It’s one of the reasons we make such great friends.

“Point taken, but you still shouldn’t have called.” I hate it when she tries to pay for things. Peon or not, she makes a good living as a lawyer and likes to make up dumb reasons why I should let her pick up the tab on stuff. “My birthday’s not even for another six months.”

“So then it’s a half birthday present. Hasn’t anyone ever told you not to look a gift-friend in the mouth? Have some wine, read a book, tweeze your eyebrows. I don’t care, as long as you let the man do what he’s hired for when he gets there, okay?”

“Yes, Mother,” I say with the tone of an audible eye roll. But then I add a sincere, “Thanks, Addie.”

“You’re welcome, babe. Oh, and make sure you call me tomorrow and tell me all the juicy details. Ciao!”

Before I can comment on the ridiculousness of anything involving a middle-aged man with plumber’s crack being “juicy,” she hangs up. Belatedly, I realize I never even got the name of the guy or his business. I almost call her back to ask, but figure it’s not a big deal. The odds of someone showing up coincidentally under false pretenses as a handyman in disguise are pretty much nil.

It’s been a long week, and that glass of wine Addison mentioned is suddenly calling my name.

Blowing out a deep breath, I stand and head to the kitchen where I have an open bottle of red. For once, I’m going to take my friend’s advice: enjoy a glass of wine and a book while I wait for the “best ever handyman” to arrive and do his thing. Now that I know help is on the way, I’m really looking forward to getting my pipes fixed. 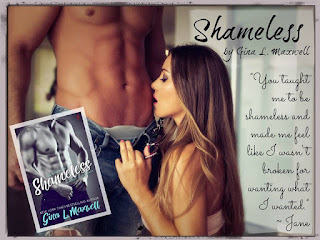 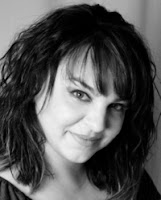 Gina L. Maxwell is a full-time writer, wife, and mother living in the upper Midwest, despite her scathing hatred of snow and cold weather. An avid romance novel addict, she began writing as an alternate way of enjoying the romance stories she loves to read. Her debut novel, Seducing Cinderella, hit both the USA Today and New York Times bestseller lists in less than four weeks, and she’s been living her newfound dream ever since.

When she’s not reading or writing steamy romance novels, she spends her time losing at Scrabble (and every other game) to her high school sweetheart, doing her best to hang out with their teenagers before they fly the coop, and dreaming about her move to sunny Florida once they do.