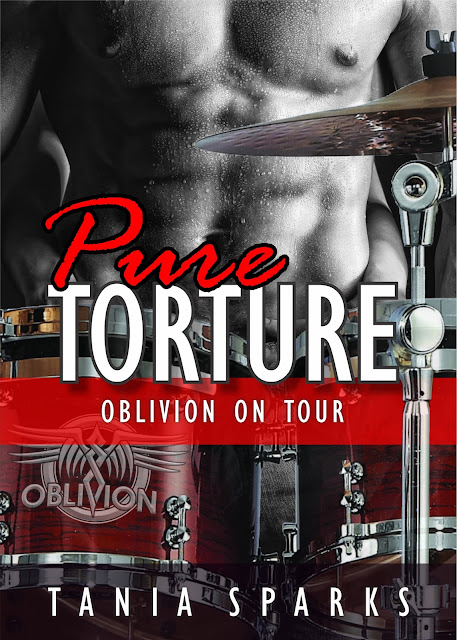 Kitty’s the little sister of one of Cody’s band mates and she’s had a secret crush on him for years.

When the band are back home for a few days, the chemistry between them is both unexpected and undeniably off-the-charts.

She quickly realizes that the prospect of having what she’s always fantasized about is a very real possibility.

He quickly realizes that although he feels this mind-blowing attraction towards her, she’s the little sister of one of his band mates - he would get his ass kicked from here to hell if he ever laid a finger on her!

But can Kitty convince him? After all, no one else needs to know, a one-time hook-up might suit both of them…or could it ruin everything?

We’re all sitting around, drinking our beers. I’m slouched down on one of the armchairs that I’ve claimed as my own. I’m still twirling my drumsticks and tapping away on my legs and the surrounding furniture. I’m a couple or three beers in when I hear the door to the suite open. I glance across to see Nikki, our rhythm guitarist and his girl Trixie strolling in jovially, Nikki’s arm is draped over her shoulder and she’s securely tucked into his side.

I lift my head and somberly greet them, “Hey.”

Nikki bobs his head in acknowledgement and Trixie waves her hand to say hi. I expect them to close the door but instead the most stunning girl on the fucking planet glides in behind them. She has smooth jet black hair that flows down her back and it’s so long it reaches her ass. She’s tall, probably almost as tall as me and her body rocks. She’s slim, but has nicely rounded hips and amazing tits. Her emerald green eyes are sparkling boldly as she scans the room confidently. I immediately jump up from my chair, drop my drumsticks to the floor and feel an undeniable rousing in my pants. Hell, maybe my day won’t be so bad after all. I feel better already!

The other guys all stand up too. Fuck off cock-suckers, she’s mine.

I take a step forward as the raven haired beauty suddenly shrieks in an oddly familiar voice, “Oh my god, hi guys, I’ve missed y’all so much!”

Fuck, fuck, fuck! My muddled brain suddenly clicks and makes the connection as I realize that the hottie that has my body vibrating like a god-damned amplifier is Kitty, Nikki’s little sister. Holy Crap! Somebody turns the music down and everyone starts walking towards Kitty. My heart is beating so damned loud that I’m sure the whole room can hear it.

What the hell happened to Nikki’s little sister? I remember her as being a sweet little girl that we used to tease and let hang around the band. She’d bring us beers and dote over all of us, but especially me. Sure, she’s always been pretty and downright cute, but I’ve never thought of her as the unmistakable sex kitten she is now. She’s definitely grown up and she’s a complete and utter babe. She’s the perfect embodiment of everything I find totally irresistible in a chick. I want!

Shit, maybe I’ve had more to drink than I thought, but I definitely shouldn’t be thinking this way about Nikki’s little sister and I don’t know how to handle these sudden irrefutable cravings. My hand twitches and strums anxiously on my leg as the adrenaline courses through me and makes me want to jump around like a fuckin’ crazy person.

Tania Sparks is a romantic at heart who genuinely believes in true love and soul mates. She met her husband while still at school, she was sixteen, he was seventeen. They are high school sweethearts who more than twenty five years later are still very much in love and are happily married with two beautiful daughters.

In 2014, after finding herself constantly being inspired by numerous romance novels, she decided to try her hand at writing. After penning her first scene she discovered that she enjoyed it immensely and so resolved to continue with the rest of the story that was swirling in her imagination. That story resulted in her first novel, Heaven Sent which is the first book in her Oblivion on Tour Series. This was soon followed by Bolt From The Blue and Pure Torture. Each book in the series is a stand-alone story which follows a different band member from a hard rock group called Oblivion - and of course the feisty ladies that steal their hearts! The other books in the series are at various stages of completion.

Now-a-days Tania finds it very difficult to control her imagination and swears that her rock stars are constantly chanting their stories in her head. She can't wait to share them with you... 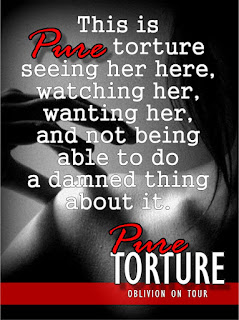