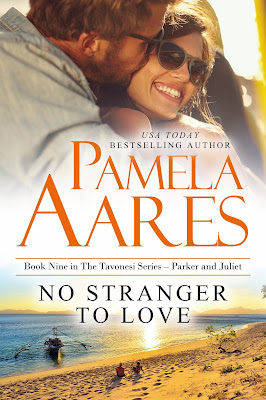 Juliet Cabot is no stranger to trouble, but she never imagined that her work defending endangered sea turtles on a beautiful Greek island would turn deadly. Threats to her life force her to call for help from the man who's haunted her dreams for years—wine country landowner and international polo star Parker Tavonesi.

Parker owes Juliet big time for getting him out of a fix in the past. Handsome, resourceful and fearless, she trusts him with her life but she vowed she would never trust him with her heart. When danger enshrouds them and warm island nights cause their bottled-up passions to flare, Juliet's every fantasy could become reality . . . unless the dark secrets of a sultry paradise prove fatal, not just for the struggling sea turtles but for Parker and Juliet as well.

Want to see more of the Tavonesi Series?
Visit the link below.

HOT WATER DRUMMING ON PARKER’S SHOULDERS helped to melt away the thick fog of jet lag, but the pelting shower didn’t dissolve the truth that needled at him.

Two truths, if he was going to be honest with himself, which he always tried to be.

The first was that Juliet was definitely hiding something from him. He’d discerned that fact from her body language and the skittishness that laced through her words. Her campaign—and the party she’d dragged him here to orchestrate—had an underbelly. One that she wasn’t owning up to.

But the second truth was harder to admit.

Somehow, sometime since he’d last seen Juliet, the attraction he’d felt for her during the Sommelier shoot had morphed into something more, something unfamiliar. A more powerful fascination. He’d be a fool to ignore the warning signs.

He was no stranger to love, knew the power of attraction. But when Rachael had walked out of his life, he’d sworn he’d never again fall prey to delusions—his or anyone else’s. If he hadn’t been so smitten, he might’ve detected earlier that she didn’t truly love him. Out-of-control attraction could blind a man. Skew the truth and blur reality. It could lead to mistakes and pain. And he’d be damned if he was going to be duped by its power ever again.

He’d help Juliet with her party. Not only did he owe her, but he had a hell of a soft spot for ocean animals. He’d work with Juliet’s team and put together the best possible event. And the day after the party, he’d head back to California. End of story.

He shook the water from his hair and stepped out of the shower. A breeze blew in through the open doors of the balcony; he wrapped the towel around his waist and stood at the doorway. Blue. So much blue with sky and sea stretching to the curving horizon. He stared at the crescent of white beach, a ribbon of sand that was about to be the focus of a heated battle if the talk he’d heard on the ferry was true.

Juliet called up from the lobby. He dressed and met her at the front entrance. She didn’t protest when he insisted on driving the rental car he’d had brought over to the hotel, which was a plus. The last thing he needed if he was going to keep a cool head and careful guard was to wrap his arms around her and ride off into a balmy, sultry evening. 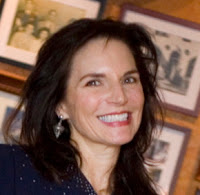 Pamela Aares is a USA Today Bestselling, award-winning author of contemporary and historical romance novels. Her contemporary series, The Tavonesi Series, explores the lives, loves, friendships and sizzling romances of the Tavonesi family.

Her popularity as a romance writer continues to grow with each new book release, so much so, that the Bay area author has drawn comparisons by reviewers to Nora Roberts.

Pamela Aares writes romance books that she loves reading, particularly those that entertain, transport and inspire dreams while captivating and tugging at the heart. She takes her readers on a journey with complex characters in both contemporary and historical settings who are thrown in situations that tempt love, adventure and self-discovery.

Before becoming a romance author, Aares wrote and produced award-winning films including Your Water, Your Life, featuring actress Susan Sarandon and NPR series New Voices, The Powers of the Universe and The Earth’s Imagination.

If not behind her computer, you can probably find her reading a romance novel, hiking the beach or savoring life with friends. You can visit Pamela on the web at http://www.PamelaAares.com.