Release Blast: Someone Like You (Oxford #3) by Lauren Layne 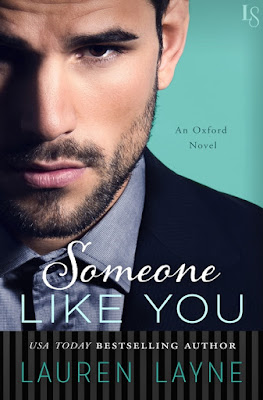 As though sensing a man’s brooding thoughts on her, Daisy turned slightly, her eyes locking on his. Eyes that he’d known would be dark brown like Emma’s, and yet eye contact with Emma had never felt like this.

Lincoln felt something akin to panic, because for a heart-stopping moment, it felt like Daisy Sinclair was seeing him. Not seeing the Lincoln he wanted everyone to see.

He gave himself a little mental shake. Get it together, Mathis. The woman doesn’t even know you.

None of them did.

He saw the moment of answering shock in her own gaze, sensed that for a split second, she considered turning and running. From him, from the party, all of it.

Then he saw something else. Something familiar, because he’d done it a thousand times himself. She squared her shoulders, and he watched as a mask slid into place.

He knew even before she approached that Daisy was exactly like him—good at being around people only because she chose to be. Knew that perhaps once it had been second nature, and now it was nothing but a deliberate attempt to make sure everyone thought she was okay.

Daisy began making her way toward him, and he tensed for reasons he couldn’t identify before ordering himself to chill out.

It was just his friend’s sister. The maid of honor to his best man.

She stopped in front of him, and he caught just the faintest whiff of her perfume, a surprisingly elegant scent for someone named Daisy, before she extended her hand.

“You must be Lincoln Mathis, The Manwhore of Whom I Should Beware?”

Her voice was a surprise. It had the same low huskiness as her sister’s, but years in New York had all but erased the Southern from Emma’s whiskey-raspy voice. Daisy’s drawl was very much intact—a mint julep on a hot day.

He grinned and took her smaller hand in his. “Which would make you Daisy Sinclair, Delicate Flower to Whom I’m Not to Speak.”

She grinned. “Nailed it.” 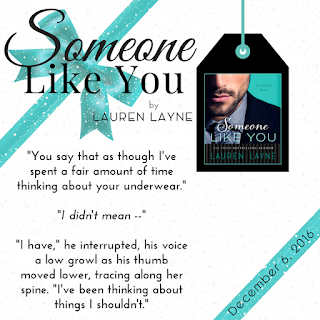