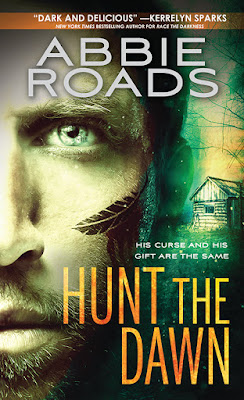 Out of darkness and danger

You can’t hide your secrets from Lathan Montgomery—he can read your darkest memories. And while his special abilities are invaluable in the FBI’s hunt for a serial killer, he has no way to avoid the pain that brings him. Until he is drawn to courageous, down-on-her-luck Evanee Brown and finds himself able to offer her something he’s never offered another human being: himself.

Dawns a unique and powerful love

Nightmares are nothing new to Evanee Brown. But once she meets Lathan, they plummet into the realm of the macabre. Murder victims are reaching from beyond the grave to give Evanee evidence that could help Lathan bring a terrifying killer to justice. Together, they could forge an indomitable partnership to thwart violence, abuse, and death—if they survive the forces that seek to tear them apart.

A door on Lathan’s right opened. A young woman lugged a folding chair across the room. Toward him.

He held his breath.

No. She couldn’t be there for him. No one here knew him. Knew about him. Except Gill. And Gill wouldn’t—

She opened her chair and sat facing him. With an overly enthusiastic smile that showed the silver in her back molars, she started to sign.

He looked away. A long bitter whoosh of air escaped his lips.

He didn’t need an interpreter.

The combination of what little hearing he still possessed, speech reading, and his nose worked just fucking fine. Most of the time.

Anger burned a gaping hole through his concentration. The interpreter’s memories invaded the vision of his left eye.

She swiped a quick stroke of mascara across her lashes and examined the effect up close in the bathroom mirror. Good enough. Getting the day over with, getting back to Cara mattered more than her makeup.

“I should go.” Her voice lacked as much conviction as her will.

“Baby, come on back to bed, just for a little while.” Cara threw back the covers. She’d strapped Big Johnnie around her waist. He pointed proudly perpendicular.

She glanced at the bedside clock. She was going to be late. It’d be worth it.

The SM continued to play in front of his left eye. His right eye focused on Dr. Jonah. Lathan pressed his left eye closed with his fingers to block out the images, but they projected on the back of his eyelid. Hard to focus on reality. Disorienting as hell. Don’t lose control.

His right-eyed vision of reality wavered. Almost like a double exposure, he was able to see the stage, see Dr. Jonah, but superimposed over it was the interpreter and her sex bunny having a girls-only party.

Lathan’s heart punched against his chest wall, pumping so hard he felt the echo of it in his damaged ears. Fuck. The SMs were about to stage a coup.

“I’m out of here.” Did he shout the words, whisper them, or even speak them at all? Didn’t know. Didn’t care.

He sprinted out of his seat and up the auditorium stairs, feeling the weight of hundreds of eyes watching him.

Gulping giant fish-out-of-water breaths through his mouth, he slammed through the door, burst into the hallway, and then barreled out the exterior door.

Away from the people, away from the damned interpreter, the SMs vanished. His sight returned to normal. He’d figure out some other way to talk to Dr. Jonah. No way was he taking that kind of risk again.

The stark fall afternoon held a hint of winter chill, but he didn’t mind. He was always hot, and the temperature suited his mood. He hurried across the lawn to his motorcycle.
A wisp of scent tickled his nostrils. The fleeting aroma possessed a sickening familiarity that felt out of place for his surroundings. He plugged his nose against the smell, refusing to allow one bit of air to enter his nose until he was on the road.

Someone grabbed his arm from behind.

His heart stopped. Adrenaline shot from his brain straight to his fist.

He swung at the same time he turned. Punch first, ask questions later—his body’s default reaction ever since the attack that cost him his hearing. 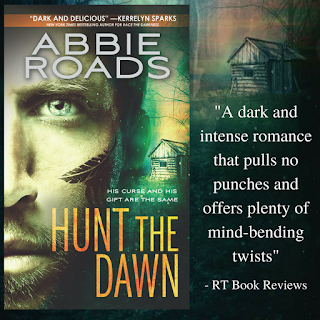