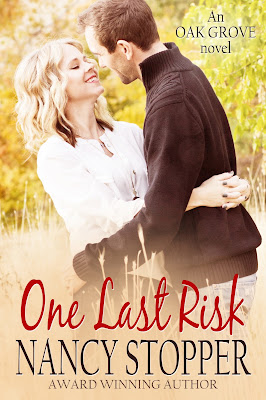 A guilt-drive firefighter, a widowed mother, neither is ready for love, but love has other plans.

Firefighter Lucas Bennett had the carefree life he’d always wanted until a deadly blaze took the life of his company mate and best friend. Blaming himself was easy but pulling himself from the tailspin of guilt proved to be much harder. The fog of sadness and guilt pushed him down a dangerous path until he nearly died fighting the beast. Forced to stop and reevaluate his life, he decided to make a change before it was too late.

A fire took almost everything from Sarah Robinson—her husband and her home—leaving her to raise their precious daughter alone. Everywhere she looks holds memories of her husband, pouring salt on her ever-present wound. Unable to live any longer around the memories of her husband, she and her daughter moved to Oak Grove, far away from the grief of the past. All Sarah needed was the chance to start a new life for her and her daughter.

A car accident on a dark, rainy night put Lucas and Sarah on a collision course neither of them expected… with questions they’re not ready to answer. Can a single mother open her broken heart for a second chance at love? Will a broken firefighter risk his heart for what might be his only chance at forever? Are each of them willing to take one last risk to be together? His risk. Her reward. Together, they’ll mend each other's broken hearts.

If you like small-town romance where the heroes are sexy and the women are strong, unlock One Last Risk to start your visit to Oak Grove, Pennsylvania and fall in love with Lucas and Sarah!

Lucas didn’t need further prompting. He grabbed Sarah’s hand and together, they ran across the street and made it to his truck without further interruption. For that, he was thankful. The town festival had been a lot to handle. Maybe because he’d been with Sarah and for the first time realized exactly what she meant to him, or maybe because they were finally going to be together, alone, when they got to her house. He couldn’t read anything in her look when she gazed up at him. Was she overwhelmed and just ready for some alone time, or was she ready to take this next step in their relationship?

He lifted her into the truck and squeezed her hips as he slid her onto the seat. She threw him a shy smile, one full of promise. Not here, not now. He slammed the door, putting the barrier between them, and leaned back. His erection pulsed, demanding release. He couldn’t take her in the truck, no matter what the ache in his jeans wanted. But God, he wanted to. With a little slide here, and a shift there, he could be inside her in record time. But he respected her too much for a quickie in his truck. What they were about to share should be in her bed, with Sarah’s hair spread across the pillow, her body open to receive him.

He brushed his hands on his jeans and circled the truck to the driver’s side. When he pulled out of the lot and onto the street, his tires screeched, just another sign of his impatience to get her home. He kept his hand on Sarah’s thigh for the short ride to her house. He had to touch her. The entire day, everything they’d done had led to this moment. Hell, everything in the past few weeks had led to the two of them, being together. And after all the time they’d spent around the knowing gaze of the good residents of Oak Grove, he wasn’t about to waste a minute alone with her.

After he’d parked outside her house, he hopped out of the truck and rounded the front. He normally extended his hand to her, helped her down, but tonight, that wasn’t enough. He placed his hands on her waist and pulled her from the truck, sliding her soft, pliant body down his. Her breasts pressed against his chest, and she grazed his cock. She gasped. Exactly what he wanted. She was as aroused as he was.

“See what you do to me?” he whispered to her. 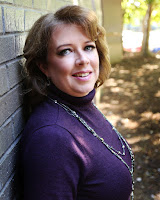 Nancy Stopper is an award-winning debut author. She writes contemporary romance with strong women and sexy heroes that tug at your emotional heartstrings and leave you with a warm feeling that lingers long after the last page. Her favorite escape is small-town romance and even when set in a larger location, her books have that small-town feel.

Her first novel, One Last Risk, won first place in the Short Contemporary Romance category of the Fool for Love Contest and was a Maggie Finalist in the unpublished Single-Title Contemporary Category.

Dreams Come True in Laguna, Nancy's first novella, was published in the Laguna Beach Kindle World in 2016. Her first full-length contemporary romance novel will be published in 2017.
Nancy lives in Virginia with her husband, two of her three kids that are still at home, and one cat who regards her with disdain daily. When she's not behind her laptop, you can find her at a ballfield, cheering on her favorite team (Washington Nationals) or her favorite player (her son, who pitches for his local high school), or at a dance performance with her daughter.