Review: From the Start (American Valor #3) by Cheryl Etchison 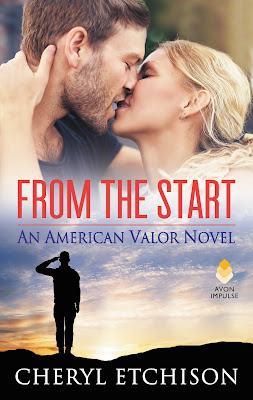 "You sure about this, sunshine? I just might ruin you for all other men." - Michael MacGregor

For many women, Ranger Battalion Surgeon Michael MacGregor is the ideal man. He’s far better than average looking, a generous tipper, not to mention an officer and a doctor. So when he encounters a woman resistant to his charms, he finds himself… intrigued.

Kacie Morgan has had her fill of arrogant military men since the last one left her with a shattered heart and one heck of a career rut. Now, with her prestigious fellowship starting in the fall, all she has to do is survive the summer—and her little sister’s wedding.

When an ill-fitting bridesmaid dress has Kacie wanting to temporarily shake things up in her carefully planned life, she knows just the man to call. They agree to a no-strings, summer fling, although it isn’t long before Michael wants Kacie for forever.

But to win her heart, he’ll have to confront the nightmares from his past if they’re to have any chance at a future.

I was super excited to read From the Start. I had never read one of Cheryl Etchison's books. After hearing so many good things about her American Valor series I knew I wanted to give it a go. I knew it was going to be an emotional romance, but I don't think I was prepared for how much I was going to giggle throughout this book. I loved the early scenes between Kacie and Michael, especially when it seemed like everything was stacked against them. I loved that Michael didn't give up on their connection. He knew that there was something worth exploring, but if he had to put the ball solely in Kacie's court for her to decide, Michael was willing to put it on the line. Yeah, the "monkey wrench" moment what 95% his fault, he didn't dwell too long before realizing his mistake. As for Kacie, my heart broke for her. She puts on a brace face while watching her little sister get married. She's determined to follow her own path. She's been burned once and she makes Michael work for her attention.

Overall, I thoroughly enjoyed From the Start. And while I am kicking myself for not starting this series from the beginning, I'm not sure if I can go back to read the first book knowing things about Michael's brother. Even as a background character, Danny broke me to pieces. I'll update when I decide. Until then... If you enjoy emotional and sexy romances with a military hero and a guarded heroine, pick up this book. 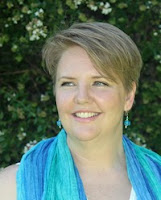 Cheryl Etchison graduated from the University of Oklahoma’s School of Journalism and began her career as an oil and gas reporter. Bored to tears and broke as hell, it wasn’t long before she headed for the promise land of public relations. But that was nearly a lifetime ago and she’s since traded in reporting the facts for making it all up. Currently, she lives in Austin, Texas with her husband and three daughters.