Book Blast: Somebody Like You & Nearest Thing to Heaven (Maverick Junction # 1 & 2) by Lynette Austin 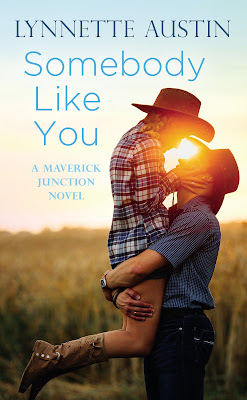 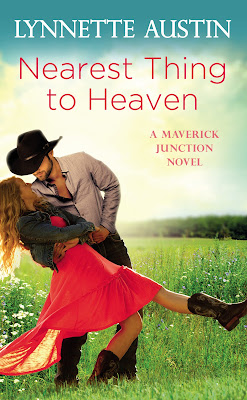 WHEN A COWBOY MEETS AN HEIRESS…

Cash Hardeman thinks he’ll have all the time in the world to find the right woman...until he discovers he might lose the family ranch if he’s not married by his 30th birthday. So when Boston beauty Annelise blows into town on her Harley, Cash can't help wondering if she's the sexy, leather-clad answer to all his problems.

Giving her bodyguards and the paparazzi the slip, heiress Annelise Montjoy comes to Maverick Junction on a mission to help her ailing grandfather. But keeping her identity hidden in the small Texas town is harder than she expected—especially around a tempting cowboy like Cash. He’s the kind of man who makes her want to spill all her secrets. Soon Annelise starts to wonder if she’s finally found the man who can love her for herself rather than her money. But will the secrets they both keep ruin their plans to ride off into the sunset together?

The cowboy and the city girl

Sophie London hates Texas. The longhorns freak her out and the wide-open spaces are more unnerving than a Chicago alleyway at night. But Sophie wouldn’t miss her cousin’s wedding for the world—even if it means returning to Maverick Junction . . . and to the dangerously irresistible Ty Rawlins.

A single father of rambunctious triplet boys, Ty knows trouble when he sees it—and Sophie’s got it written all over her. Yet he’s never been able to stop thinking about her, after their one brief meeting. Maybe fate is giving him a second chance. But if Ty wants Sophie to swap her stilettos for cowgirl boots, they’ll each have to face the past—together.

Somebody Like You
Amazon - B&N - Google Play - iTunes - Kobo

“Ty Rawlins has posted a no trespassing sign. My guess is he’s still in love with his dead wife.”

“There is that possibility.”

“Yes, there is.” Sophie swung open the door and marched out, straight into Ty.

He put his hands on her arms to steady her.

“Don’t be. My fault. I wasn’t watching where I was going.”

“Ask the girl to dance, Ty.” Annelise stood behind them in the narrow hallway.

“That’s okay.” Sophie moved to skirt around him.

“No.” He reached out, caught her hand. The jolt was instantaneous, and she knew he felt it, too, when he momentarily broke contact.

“It’s all right. I don’t need to be entertained.” She heard the snap of temper in her voice but couldn’t control it.

“Understood.” Ty nodded toward the jukebox. “But here’s the thing. Cash fed the machine enough coins to fill a good-size swimming pool. All those quarters. All that music. Why waste it?”

He held out a hand; heat flooded her face.

No way to avoid it. If she refused, she’d come off as a prickly snob. He had to think the worst of her anyway. Whatever social graces her mother’d drummed into her seemed to have flown out the window.

She had no idea why he’d want to dance with an idiot, but who was she to deny him that dubious honor?

“In that case, I’d love to.” She smiled, took his hand, and they walked together to the small center square reserved for dancing. She refused to so much as look at her cousin. Refused, for that matter, to meet any of the eyes in the restaurant watching them speculatively.

A slow number came on and Ty turned her to him, put his other arm around her waist, and drew her in.

Her heart hammered as Ty very skillfully swept her along to the music. It was different from any dance she’d ever experienced. Night and day from the one she’d shared with Brawley. He’d been fun. Ty? Intense was the only word she could come up with to define the aura surrounding him.

Totally unfamiliar with country songs, she listened to the words over the beating of her heart. “It was no accident me finding you…” Her temperature spiked ten degrees. He was right. The words were captivating. Intense, just like him. And, oh, so romantic.

His hand holding hers was callused and strong, the one at her waist firm. Hot.

Ty did not, in any way, make her think brotherly thoughts. Instead, heat pooled low. Yearnings stirred. Thoughts and desires she’d doubted she’d ever feel.

The man was dangerous. She’d do well to remember that. But for now, she’d simply enjoy the moment. The dance drifted into a second, then a third. Sophie vaguely registered others on the dance floor with them, smiled when Annelise and Cash brushed past.

Ty stood over a foot taller than her five-three, and her head rested on the strapping cowboy’s chest. She heard the steady beating of his heart and surprised herself by wishing the song could go on forever.

She was deathly afraid she wouldn’t say no if this man wanted to park his cowboy boots beneath her bed. For one night, of course. 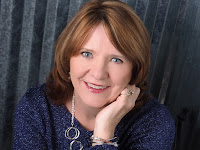 Lynnette Austin, a recovering middle school teacher, loves long rides with the top down and the music cranked up, the Gulf of Mexico when a storm is brewing, chocolate frozen custard, anything by Blake Shelton, Chris Young, and Thomas Rhett, and sitting in her local coffee shop reading and enjoying an iced coffee. She and her husband divide their time between Southwest Florida's beaches and Georgia's Blue Ridge Mountains. Having grown up in a small town, that's where her heart takes her—to those quirky small towns where everybody knows everybody...and all their business, for better or worse. Writing for Grand Central and Sourcebooks, she’s published twelve novels and is at work on a new series.