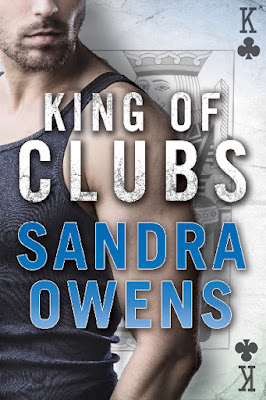 In the second novel in acclaimed author Sandra Owens’s Aces & Eights series, passions—and tempers—flare as one star-crossed couple gets a second chance at love.

Covert FBI agent Court Gentry loves his brothers, his job, and his Harley-Davidson. Once he loved a girl, too, but when she broke his heart, he put his emotions on lockdown…until she crosses his path again.

On vacation six years ago, free-spirited Lauren Montgomery fell hard for Court Gentry. She returned home happier than ever, only to descend into a spiral of abuse by her ex-husband, Stephan. When Stephan threatened to kill any man who touched her, Lauren cut Court from her life—but not from her heart.

When Lauren and Court reunite after her friend marries his brother, Court guards himself against the person who made him feel such intense passion and pain. Except the undeniable spark between them is impossible to contain and heating up fast. Six years ago, it was love. Now, it’s just lust. Keeping it merely physical is a foolproof plan…right?

When Stephan is released from prison, Lauren can’t outrun her past anymore, and Court vows to protect her. But with Lauren in imminent danger, Court must question his heart and risk his life to save the woman he never stopped loving.

Court had wanted to let her know he was here, but Madison said if he did, Lauren would just kick him out. According to Madison, Lauren intended to go straight to bed. He tilted his head, listening to the sounds coming from her bedroom. She was moving around, opening and closing drawers. She definitely hadn’t gone straight to bed. What was she up to?

Suspicious, he waited. An hour later, the floorboards in the hallway creaked. A dark-clothed person walked into the kitchen, opened the refrigerator, took out two bottles of water, and stuffed them into the backpack she carried, and then headed for the door.

She yelped, the backpack falling to the floor with a heavy thud.

“Court?” She pressed her forehead against the door. “Why are you here?”

“Guarding you. Going to be kind of hard to do if you’re not here, don’t you think?” He picked up the backpack. “Where you headed?”

“None of your business.” She slipped around him, backed up to the kitchen light switch, and turned it on. “You can leave now.”

“Don’t think so.” He frowned at the sight of a gun barrel in the partially unzipped bag. He pulled it out and held up the Glock 26, also known as a Baby Glock, preferred by women because of its smaller size. “You planning on shooting someone?”

“Again, none of your business.”

He shouldn’t like that fire in those golden brown eyes so much. “I’m making it my business. Do you even know how to shoot this?” When her gaze shifted away, he had his answer. Christ, she was clueless. About everything. How to use the weapon she’d been careless enough to let him find, how to disappear, and she probably didn’t know how to fight off an attack.

What to do about that? As he saw it, he had two choices. Either let her go and hope she somehow managed to safely disappear or make her his project. He wasn’t stupid enough to tell her that last part since he doubted there was a woman in the world who’d appreciate being any man’s project.
“Are you that afraid of him?” he asked even though he was sure of the answer.

“Feeling like a broken record here because again, none of your business. I’d like you to leave now.”

She crossed her arms over her chest, probably to show him she meant business. It wasn’t working since she’d managed to push up her breasts so that the material of her T-shirt stretched against them, leaving her nipples outlined.

He’d had those beautiful breasts in his mouth, had explored every inch of her body, had known all her sighs of pleasure. He’d once thought she loved him. Until she’d told him in a phone call it was over, not even having the courtesy to tell him to his face.

Nor had she given him a reason. Just, “Don’t call me again or try to see me.” That had happened only days after she’d told him she loved him. He’d learned the hard way women couldn’t be trusted, the first lesson on that coming from his mother. The one time he’d forgotten that lesson had been with Lauren. But never again.

“What are you looking at?” She lifted one arm, snapping her fingers. “My eyes are up here.”

Irritated with himself and her, he kept his gaze on her breasts to prove… What? That he was an ass?

“There is no deal, Court. You have no say so over my life. I’ll ask you one more time to leave.”

He chuckled, amused that she had no clue she was threatening to call the police on an FBI agent. “Let’s sit, and I’ll tell you the deal.” Ignoring the little growl deep in her throat, he settled on the sofa. “Come on, G.G. Just hear me out.”

“Stop calling me that.”

“Why? You used to like it.” She’d been his Gorgeous Girl for six days. It must have been the sun and beer and salty air that had tricked him into mistaking lust for love. He had to admit the woman had a lot to do with that, too. All six years had done to her was turn her from a cute college girl with a love of life into a beautiful woman afraid of her own shadow. He could appreciate the physical change in her, but he didn’t like the fear her ex-husband had put in her eyes.

And when did she have that husband? Before he met her or after? Or even during? No, he couldn’t believe that she would have given herself to him so freely, showing no sign of guilt during their time together if she’d had a husband waiting in the wings. He wanted answers and he planned to get them.

“Lauren, please. Sit and hear me out.” Her cat jumped onto the sofa, climbed onto his lap, and peered up at him with curious blue eyes. “See, even… Hemingway, is it?” At her nod, he said, “Even Hemingway wants to hear what I have to say.”

Like a wary crab, she inched sideways to the nearest chair. “You have five minutes.”

Little did she know. He had as long as he wanted because she wasn’t going anywhere. She might not like it, but it was for her own good. As an officer of the law, he couldn’t stand by and watch her get herself hurt. From all the signs she’d unknowingly given him, she fully expected bad trouble was headed her way. 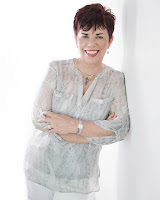 A best-selling, award winning author, Sandra Owens lives in the beautiful Blue Ridge Mountains of North Carolina. Her family and friends often question her sanity, but have ceased being surprised by what she might get up to next. She’s jumped out of a plane, flown in an aerobatic plane while the pilot performed death-defying stunts, has flown Air Combat (two fighter planes dogfighting, pretending to shoot at each other with laser guns), and rode a Harley motorcycle for years. She regrets nothing.