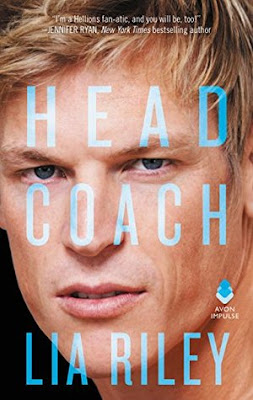 "When I invited you to come to Telluride, deep down, I wanted this to happen. I wanted us to happen. I know it's risky for you. For me. But I wanted a weekend. Just one to remember." - Tor Gunnar

Neve Angel’s life is all work and no play, but she wouldn’t have it any other way.  One of Denver’s top sports reporters, she's fought hard to make it in a male-dominated world, and she won’t back down from a fight with anyone–not even the Hellions’ gruff head coach, Tor Gunnar. Her hostile relationship with the icy Scandinavian is the stuff of local legend.

Tor Gunnar hates dealing with the media; at best, they are a nuisance and at worst, a distraction. And no one distracts him more than the scrappy, sexy reporter who gets him hot under the collar. When he wins a not-so-friendly bet with Neve, he decides it’s high time they either kiss or kill each other, and invites her as a date to an out-of-town wedding.

But what happens when enemies become lovers? Will they be able to smother their sizzling attraction, or is it time to start playing for keeps?

Uh... Why did I wait so long to read Head Coach?! Not only is it a hockey romance, it's also enemies-to-lovers. Hell yeah, where do I sign up? I loved it. I loved the characters. Both Tor and Neve were amazing. Their chemistry was off-the-charts. I could watch them banter all day. Verbal foreplay, ftw! Oh, my god. I've been reduced to acronyms.

As much as I loved and devoured Head Coach, there were 2 elements I wish the book had more of. First, I wanted it to be longer. As it was ending, I knew I wasn't ready to say goodbye to Tor and Neve. Which was probably why I jumped right into Virgin Territory the second I was finished. I wanted to stay in the Hellions world. I also wanted to see a bit more of Neve and Tor's little hotel room friends. I thought it could have been hilarious if it was expanded on a bit more.

I can't even say that I regret waiting so long to read Head Coach. It was exactly what I needed. I wanted something fun and sexy and I got just that. Head Coach was definitely a book I devoured way past my bedtime and I happily gave in to Lia's Hellions.

Lia Riley is a contemporary romance author. USA Today describes her as "refreshing" and RT Book Reviews calls her books "sizzling and heartfelt." She loves her husband, three kids, wandering redwood forests and a perfect pour over coffee. She is 25% sarcastic, 54% optimistic, and 122% bad at math (good thing she writes happy endings for a living). She and her family live mostly in Northern California.