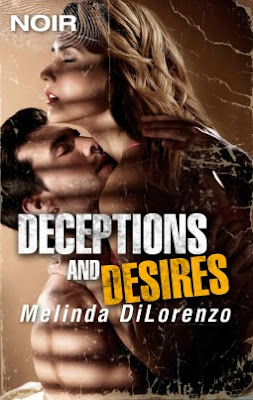 "I swear to God... If you die trying to keep me alive, I'll bring you back to life, then kill you again myself." - Jane Green

Well, if I'm going to die, at least it's under a man who looks like that. And feels like this.

Funny the things that leap to mind when your apartment has just exploded in front of you. Jane Greene wasn't always her name. But she left the original behind the night she finally killed her vicious mobbed-up husband and then bolted.

Eight years lying low. Now the only thing standing—lying, really—between her and a crew of vengeful Abruzzi family goons is a man. He says his name is Leo. He wants to save her even more than he just plain wants her. Adrenaline and lust are powerful allies. So they run, together.

But more potent than the sheen of sweat between Jane and Leo is a secret. A past that one remembers with grief and regret, and that the other can't begin to guess. Both know that the Abruzzis cannot be stopped. That a tryst is not trust. And that no one will escape unscathed.

When I'm in a bit of a slump and want to find an older review book to read, I like to go to Netgalley and either randomly pick a book or let them pick a book for me (that "what did you think" is a handy feature...). One night, I came across Deceptions and Desires by Melinda Di Lorenzo and it was lust at first sight.

Leo has spent the past 8 years searching for a woman who was believed to be dead. Although he was the first to spot her, Leo eventually lost her to the charming, but deadly heir to the Abruzzi mob family. Having to stand back and watch their abusive relationship unfold nearly tore him apart. When the family learns that she's alive and wants revenge, Leo must decide where his loyalty lies. With the family? Or with the woman he's wanted from the moment he first laid eyes on her?

Jane Green has been on the run for 8 years. Killing her vicious husband was the only way to escape from the abuse. Then one night, her safe world explodes. Amidst the smoke and bullets, Leo always seems to find her. But is he there to save her or deliver her to the enemy?

There were 2 things that originally drew me to Deceptions and Desires. The first was the cover. I don't often talk about covers here, but it was the old school vibe I got from the cover that initially grabbed my attention. The second thing was the tagline - "Well, if I'm going to die, at least it's under a man who looks like that. And feels like this." Yes, please! Where do I sign up? The book so did not disappoint. I loved the characters. Leo... Yum! Jane won me over by being a total bad-ass. The action and suspense in this book kept me on my toes. The sexiness kept me smiling. I'm so glad I decided to pick it up when I did because it was exactly what I wanted to read and I devoured it. Score one for letting the website pick my next book!

Melinda Di Lorenzo writes happily-ever-afters, one page at a time, from her coastal home in British Columbia, Canada. She lives with her own handsome hero of a husband and their three children. When not writing, she can be found at the soccer field - playing or watching - or curled up with a good book.