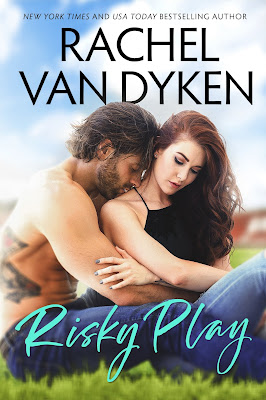 "If anyone's trying to trap anyone, it's me ... trapping you. And fair warning, Mack, I always play to win." - Slade Rodriguez

What else can a virgin do when she’s ditched at the altar? Seattle heiress Mackenzie Dupont is treating herself to a single-girl honeymoon in Mexico and a desire to relinquish her innocence to a gorgeous one-night stand. Fake names. True pleasure. But when she wakes up alone, Mackenzie realizes just how much anger is left in her broken heart.

Suffering a tragic personal loss, pro soccer player Slade Rodriguez has his reasons for vanishing without a goodbye. Right or wrong, he’s blaming the beautiful and infuriating stranger he never wants to see again. They’re both in for a shock when Mackenzie shows up as his new personal assistant. And they both have a lot to learn about each other. Because they share more than they could possibly know, including a common enemy who’s playing his own games. And he’s not afraid to get dirty.

Now there’s only one way Mackenzie and Slade can win: to trust in each other and to stop hiding from the lies they’ve told, the secrets they’ve kept, the mistakes they’ve made, and the attraction that still burns between them.

Oh, my god. I freaking loved this book. I haven't read much of Rachel's books, but damn, Risky Play is making me regret that decision. The writing was nothing short of amazing, which is something I've noticed in the books I have read of her's. The characters were so lovable it hurt to watch them suffer. I even loved Slade when he was running for asshole of the year. He spent most of the book a bit confused. He lets the hate and the anger take over his body when his heart and soul wants desperately to let Mack into his life. The war fighting in him made my heart break. Watching him finally let himself to mourn and come back to life pieced my heart back together. I adored Mack's tenacity. After being ditched at the altar, she bounces back by losing her virginity to the hunk she met on the plane. Because why not? When shit hits the fan afterwards, she's left licking her wounds and stand strong against the men who broke her heart. One is gone for good. The other still has a chance with her as soon as he removes his head from his ass.

The loved every damn page of Risky Play. Even when Slade was an epic asshole, I still loved him. That's a feat only a few authors have accomplished. I loved him despite his flaws. Mack, I loved the moment we meet her. I'm hoping the next book in the series is a certain teammate of Slades. Cannot wait!!

Hey everyone! I’m Rachel Van Dyken, author of over eighty (holy crap) books in multiple genres, one of my favorites being, sports romance! My latest book, Risky Play, is about two broken main characters who find themselves on a last minute holiday to Puerto Vallarta.

Pro Soccer player Slade Rodriguez is trying to lay low after finding out his girlfriend and his ex teammate hooked up behind his back, for over a year. Licking his wounds he changes teams and moves to Seattle, but isn’t ready to settle down yet. Needing time to himself, he gets on the first jet out. He sits next to Mackenzie Dupont on a plane and is immediately intrigued, especially since a few hours into the plane ride, they have single engine failure. She asks him what one thing he would do different. And they kiss. Once the plane safely lands, to protect his own identity, he gives her a fake name, Hugo. What he doesn’t realize is she’s famous in her own right, so she does the same thing. After all, she’s running away from a broken engagement. What follows is a whole lot of steaminess and taking chances with a complete stranger assuming that it’s just that, a one night stand, a two night stand. Whatever it is, Mackenzie's obsessed with "Hugo's" intense golden gaze, the eight pack helps, and the fact that he seems genuinely interested in everything she says. He promises the universe he’s going to keep her, but sometimes the universe is against us. Tragedy strikes and they go their separate ways only to meet again in Seattle, this time, sparks fly and not the good kind The "I want to kiss you, then strangle you, then kiss you again" kind.

I love writing sports romances because I think it adds this extra layer of pressure from the press to act a certain way. Not only does Slade have to deal with paparazzi but he has pressure to perform, to lead his team to the championships after training with another team. I think it brings in so many details from behind the scenes that we never think about when watching sports on TV. I’m fully dedicated to interviewing real athletes (and my last sports romance I interviewed NFL players). This time I wanted to focus on a sport that isn’t as huge here as it is internationally and really do it justice. These athletes eat, sleep, and breathe their sport, there isn’t a lot of time for a personal life and if you do have one, the balance is always going to be a struggle (not to mention the fact that Slade is still mourning). In this book, I wanted to introduce a really strong female character that wouldn’t let Slade project all those feelings and basically Mackenzie is the type of girl that doesn’t put up with his crap. I think it's important to have strong female characters that women can look up to. I love that during the entire journey my heroine doesn’t give up. She knows her worth and demands that Slade recognize it too.

All in all it was such a fun book to write, I can’t wait for everyone to read it!

I was kissing her again.

Maybe it was because it had been months since I’d had a decent kiss, since I’d jumped into the arms of anyone who didn’t know me by name.

I could be Hugo for a few days.

I sure as hell needed some fun.

I broke away from her kiss and trailed my fingertips down her chin. “So, now that we’ve established the plane didn’t crash and we’re here side by side, what did you have in mind?”

Ashley grinned up at me, her eyes a bit hesitant as she looked from me to the ocean. “Well, I’ve never gone cliff diving, I heard there’s a great place close by.”

My eyebrows shot up. “No offense, but you don’t seem like a thrill seeker.”

She laughed. I decided I liked the way her laugh relaxed me, made me respond with a smile and a need to kiss her again. “I’m not, trust me.” She sobered a bit. Her lips turned down.

I wanted nothing more than to press a soft kiss to the corner of her mouth just to see if it would it make it decide to smile in my direction again.

I sighed heavily and looked at my feet. When the hell had I ever looked away like that? “That makes both of us.”

“Great!” She walked ahead of me into her penthouse suite, which matched mine even in color. I suddenly wondered what she did for a living. I mean I could afford it because I had been the highest paid soccer star in Europe for the last ten years.

The place was around three grand a day.

I eyed the large master suite as she ran around and then held up her hand. “One sec, I’m going to change into a suit, alright?”

“Great.” I smiled reassuringly. It would give me time to look around, not that I was stalking her, but I could never be too careful. I was still surprised she didn’t recognize me. And I knew when she did, this little facade, this freedom I felt in my chest, the easy way she let me breathe around her? It would go to hell, and I’d need another escape.

I thumbed through a few of the magazines on the table, and dropped the last one down just in time to hear the sliding bathroom door open and see a goddess emerge.

A one-piece swimsuit covered her body. It had a plunging neckline that showed off two generously sized breasts, and I immediately regretted not telling her who I was.

Because clothing tended to get pulled off, not put on, when I was in the room.

I eyed the scrap of material she called a swimsuit, my eyes raking over her muscular legs, her curvy body.

“Unless you’re jumping naked, you should change too,” she pointed out, then cleared her throat and looked away like she was insecure. Damn, the woman could make a man cut his own heart out for a taste of her special brand of sin.

I peeled my shirt off over my body and shrugged. “Ready.”

Her eyes went so wide I had to fight not to laugh.

I knew what she saw.

I had Instagram pages dedicated to my eyes alone, don’t even get me started on my abs.

Tight, packed abs, all tanned and golden like I was the sun god himself.

“Uh, right.” Her cheeks brightened as she clasped her hands together. “Let’s go!”

I checked her out the entire time she walked ahead of me, and when she caught me staring I just shrugged and said, “Next time wear more clothes if you don’t want me to look.”

“You should talk,” she fired back.

“Misunderstanding.” I grinned. “I wanted you to look.”

She slapped a hand against my bare chest.

I laughed, and then grabbed her hand and kissed her fingertips. “You ready to jump off a cliff with a stranger you’ve kissed twice?”

“Once,” she corrected with a whisper. “I kissed you, you kissed me, we’re even.”

The doors to the elevator opened as I whispered under my breath. “Not for long.” 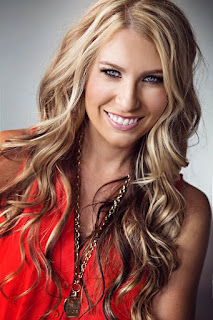 Rachel Van Dyken is a Wall Street Journal, USA Today, and #1 New York Times bestselling author known for regency romances, contemporary romances, and her love of coffee and Swedish fish. Rachel’s also recently inked a deal for her Wingmen Inc. series—The Matchmaker’s Playbook and
The Matchmaker’s Replacement—to be made into movies.

A fan of The Bachelor and the Seattle Seahawks (not necessarily in that order), Rachel lives in Idaho with her husband, a super cute toddler son who keeps her on her toes, and two boxers. Make sure you check out her site, www.RachelVanDykenauthor.com, and follow her on Twitter (@RachVD).