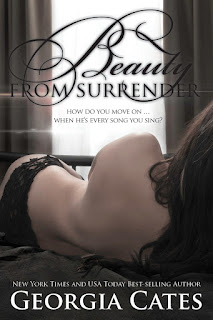 The story of Jack Henry and Laurelyn continues...

How do you move on when he’s every song you sing?

After Laurelyn Prescott walks away from the love of her life, she returns to Nashville to pursue the only dream she has left. Determined to find a distraction from the pain of losing Jack Henry, she immerses herself in her music. But with her old life comes old acquaintances and new expectations. When Laurelyn refuses her record producer’s outrageous demands, she finds herself without a career—until an unforeseen opportunity presents itself. From there it’s a rocket ride straight to the top where Laurelyn finds the success she’s always dreamed of. Will it be enough to bring her the happiness she so deserves, or will the absence of Jack Henry leave her wanting more?

Jack Henry McLachlan never expected to fall in love with Laurelyn Prescott—but he did. After he foolishly let her slip through his fingers, he spends three months searching for her, but their reunion doesn’t come easy. The woman he finds isn’t the same one who drifted away without a goodbye. No longer an insecure girl on an Australian adventure, this Laurelyn is a successful musician with a promising career. Her dreams are becoming a reality, and Jack is terrified his American girl won’t have a place for him in her new life. With only a month to convince her otherwise, will it be enough time to make her visualize a life beyond the glitz and glamour, a life that includes him?

He holds out a red rose for me. “You have an admirer.”
I take the rose and bring it to my nose. Being given a bouquet of flowers isn’t unusual after a show but I’ve never been given a single rose before. It seems so intimate. “A fan, I suppose?”
“I found this dude standing outside the door looking in here just now. I asked him who he was but he didn’t say. He just told me to give you the rose and this guitar. Oh, and tell you he enjoyed the show—that you were ‘fan-fucking-tastic.’” He puts the case at my feet and the world around me begins to spin way too fast.
It’s my Martin. That can only mean Jack Henry was here. Right outside that door—that cracked door—while Charlie was kissing me.
I dash off the couch and run down the hallway, calling out for him like a maniac. “Jack Henry! Jack Henry!”
I have no idea which way to go, but I run toward the auditorium. It’s empty other than the cleaning staff, so I run toward the lobby and out to the street where I pray I’ll find him standing on the sidewalk.
It’s storming and the raindrops pelting down sting as they hit my face. I reach up to push my wet hair from my eyes and that’s when I see him. He’s getting into a cab up the street. “Jack Henry!” I shout at the top of my lungs but he doesn’t hear me. He’s too far away. “Jack Henry!”
I run toward the car screaming his name and I reach the cab as it’s leaving. I slam my hand across the top of the trunk as hard as I can before watching it pull away, taking him out of my life again.
“Nooo!” I scream so loudly, my vocal cords spasm. I drop to my knees there on the cold, wet concrete. I try to scream, and again, nothing comes out because my breath has been taken from me.
Please, don’t leave. Please, don’t be gone out of my life forever.
* * * * Purchase Links * * * *
Amazon - Barnes & Noble
* * * * About the Author * * * * 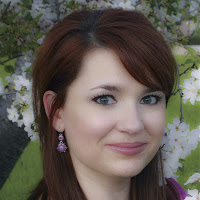 ﻿
﻿
Georgia resides in rural Mississippi with her wonderful husband, Jeff, and their two beautiful daughters. She spent fourteen years as a labor and delivery nurse before deciding to pursue her dream of becoming an author. Despite the struggle, she has no regrets in her decision to try this crazy life. She can honestly say that she’s living the dream.
Georgia Cates website/blog
Georgia Cates on Twitter
Georgia Cates Facebook
* * * * Giveaway * * * *
Georgia Cates  is graciously giving away one (1) Kindle Fire. Wahoo! To enter her giveaway, fill out the Rafflecopter form below.
Unfortunately, I am having issues embedding Rafflecopter today. To enter, please go to her website to find her Rafflecopter entry.
﻿
Posted by CrystalBee at 3:00 AM