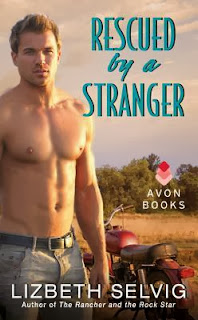 She’s a woman full of dreams When a stranger arrives in town on a vintage motorcycle, Jill Carpenter has no idea her life is about to change forever. She never expected her own personal knight in shining armor would be an incredibly charming and handsome southern man-but one with a deep secret.

He’s a man hoping to outrun a tragedy When Chase Preston jumped on his motorcycle to escape his wounded life, he didn’t expect the perfect woman to fall into his arms... literally! But though he can’t deny his feelings for the sweet and beautiful Jill, he doesn’t see any way he and his mistake-filled past will fit into her bright future.

Falling in love may require more than either can give  The longer Chase stays in Kennison Falls, the more deeply Jill and the people of her home town pull him in. The more Jill discovers heroic qualities in Chase, the more she wants to find a home in his arms-if only he would trust her with the truth. But will truth tear them apart when Jill’s dreams start coming true and Chase’s past finally returns to haunt him? Or, can they get beyond dreams to find the love that will rescue their two hearts?

Rescued by a Stranger was my introduction to Lizbeth Selvig's books and she did not disappoint. I loved every moment of this book. From the accident and the tragic loss of Jill's fries to the sweetest ending (which I won't spoil), the book was non-stop adorable. I loved the sweet natured banter between Jill and Chase. I loved that it was actually innocent flirting. I also adored their interactions with the citizens of Kennison Falls, especially with Robert. They were so tender with him and drew him out of his solitude. Their interaction with Angel were hysterical. That dog is a schemer! I could go on, but mostly I loved that Rescued by a Stranger was the perfect mixture of sweet and sexy. The sweet romance budding between Jill and Chase that finally culminated in a sexy as hell scene between them next to the barn. There's more, but let me just say - Holy moly!

I love finding new-to-me authors. I'll be sitting on pins and needles for Lizbeth's next book. Until then, bring on Gray and The Rancher and the Rock Star!

“Ma’am? Ma’am? Can you hear me?” The window pane muffled the gargoyle’s voice.

Slowly Jill forced her eyes open, and the face pulled back. Her panic dissipated as the nose un-flattened, lengthening into straightness with perfect oval flares at its tip, and divided a strong, masculine face into two flawless halves. Inky, disheveled bangs fell across deep furrows in his forehead. For an instant Jill forgot her straits and her mouth went dry. A brilliant sculptor somewhere was missing his masterwork.

“Can you get the window down?” He shouted, refocusing her attention on the phone in his hand. “I’m calling 911. Can you tell me where you’re hurt?”

Intense navy-blue eyes pierced her for answers, her pulse accelerated, and embarrassed heat infused her face. “No!” she called back. Shaking off her adrenaline-fueled hormones and forcing her brain to function, Jill turned her key once more to activate the accessory system and twisted to punch the window button, jostling The Creature. “No!” she gasped again, as the glass whirred into the door frame. “No calls. I’m fine.”

“You are not fine, honey. Stay still now.” His drawl was comforting and sing-songy—born of the South.

Truly confused, Jill watched him swipe the face of his phone. He might be the best-looking Samaritan between her predicament and the Iowa border, but although though she was balanced pretty precariously, his intensity was a tick past over-reactive.

“Honestly. All I need is to get out of this murderous truck without rolling it on top of me.”

His eyes switched from worry to the kind of sympathy a person used when about to impart bad news. “I’m afraid your face and the front of your shirt tell a different story. You’re in shock.”

She peered down at herself. At first she gasped at the bright red splotches staining her white tank top. She touched her cheek and brought a red fingertip away. Strangled laughter replaced her shock. He reached for her and made the Suburban wobble

His eyes narrowed. “Are you bleeding not to death?”

“No.” She stuck her red-coated finger into her mouth and, with the other hand, scooped up a half-dozen French fries caught between her hip and the door. She’d picked them up not ten minutes ago from the Loon Feather Café in town, and Effie had put three little paper cups of ketchup in the take-out tray. Eating fries while driving—another of her vices, along with owning too many horses, flightiness in all things, and swerving to avoid dumb dogs in the road. Gingerly she held up the flat, empty, red-checkered box. “It’s only Type-A Heinz,” she said. “See? No 911 needed. Besides, this is rural Rice County, and it’d take the rescue guys twenty minutes to find me. Is the dog all right?”

“The one I swerved to miss. You didn’t see an injured dog?”

His indigo eyes performed a laser scan from her head to toes. They settled back on her face and softened. “It must have disappeared. I wasn’t watching it since I was prayin’ to all the angels while you barreled down this ditch.”

“I’m pretty sure it didn’t get hit,” he repeated gently. “You really all right? The dog isn’t exactly important at the moment. Nothing hurts? Did you black out?”

Jill let out a breath of relief. This morning, the docs at Southwater Vet Clinic had put down two families’ beloved dogs and a young client’s show horse. Knowing the stray in the road had survived didn’t balance the scales, but it helped a little.

“I just didn’t want the dog to be dead. Nothing hurts. I didn’t black out. All I want is to get out of my homicidal truck.”

“Homicidal?” He laughed and took a step back. “Are you blaming your poor stuck truck for this?”

“Poor truck?” Jill glanced around her seat to see how she dared start extricating herself. The first thing she did was unlatch the seatbelt, and the pressure on her arm eased. “This is The Creature. She’s a diva. Any other vehicle would not have kept going left after I cranked the wheel back to the right.” She looked at the man. “She’d kill me outright, but who else would pour college loan money into her like I do?”

The right side of his upper lip, as perfectly sculpted as the rest of his features, lifted in an Elvis-y half grin—a cute-on-handsome action that made Jill’s mouth go parched again.

“Sounds like we’d best get you out before Lizzie Borden the truck here changes her mind.” His warm humor-filled voice calmed with its hypnotic Southern cadence.

“I’d be very, very good with that,” she replied.


❤ ❤ ❤ ❤ ❤
Meet Lizbeth Selvig
LIZBETH SELVIG lives in Minnesota with her best friend (aka her husband) and a hyperactive border collie. After working as a newspaper journalist and magazine editor, and raising an equine veterinarian daughter and a talented musician son, Lizbeth entered Romance Writers of America’s Golden Heart® contest in 2010 and won the Single Title Contemporary category. That book, The Rancher and the Rock Star, became her debut novel with Avon Impulse. In her spare time, she loves to hike, quilt, read, horseback ride, and play with her four-legged grandchildren, of which there are nearly twenty, including a wallaby, an alpaca, a donkey, a pig, two sugar gliders, and many dogs, cats and horses. She loves connecting with readers! Find her on Facebook, Twitter, and at www.lizbethselvig.com.