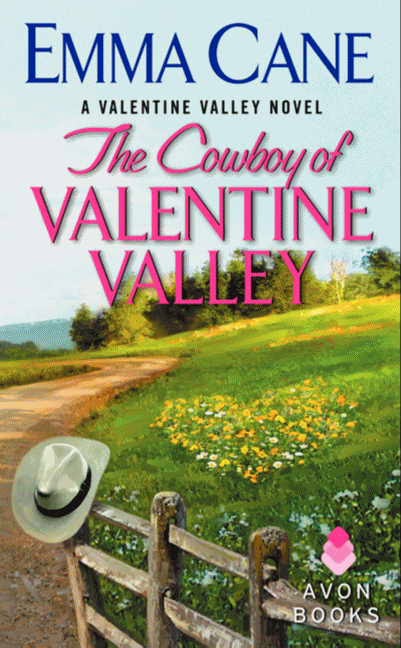 "Nope. I think courtin' a woman is half the fun." - Josh Thalberg


Welcome to Valentine Valley, where the cowboys have many talents and love is waiting around every corner...

Ever since a heated late-night kiss—that absolutely should not have happened—cowboy Josh Thalberg makes former Hollywood bad girl Whitney Winslow's pulse beat faster. But when she decides to use his gorgeous leatherwork in her new upscale lingerie shop, Leather & Lace, she's determined to keep their relationship strictly professional . . . even if she wants so much more.

Josh has never met a challenge he isn't up for. Which is probably why he allowed Whitney to persuade him to take the sexy publicity photo that went viral—and now has every woman in America knocking down his door . . . every woman except the one he can't get out of his head.

But how to convince a reformed bad girl that some rules are worth breaking?

I did it again... Inadvertently started a series with the third book. It is something that I usually try to avoid, but it didn't work out this time. I will say this, though. The Valentine Valley series has been on my TBR since the first book came out. I will go back, I promise. Why am I confessing this? While each book can be a stand alone, I suggest reading them in order. I spent the first 5 or 6 chapters wishing I had read the first books. Once I got past those chapters, I was really enjoying The Cowboy of Valentine Valley. Not only is it a small town romance, it is a small town romance with a large group of friends and family that all play a big role in each other's lives. I love that! I had fun watching Josh and Whitney fall in love. First they start off with an attraction that'll make anyone blush and move into a sort of easiness with each other. I loved Josh's teasing with Whitney as he courts her. Totally 100% cowboy. Who even says courting anymore? Loved it! Whitney was no slouch either. She's an incredibly strong business woman that could sell ice to Eskimos. The secondary characters were a hoot. Especially Josh's friends and family teasing him about his new found fame. Oh to be a part of this group... The Cowboy of Valentine Valley is an incredibly sweet romance in a feisty small town.

I love Emma Cane's writing. Her characters are hilarious and well-written. I'll laugh at them and with them at the same time. I love how her main characters play off the background characters. Just about every character and every citizen of Valentine Valley play a role in her romances. Such an adorable series.

EMMA CANE grew up reading and soon discovered that she liked to write passionate stories of teenagers in space. Her love of “passionate stories” has never gone away, although today she concentrates on the heartwarming characters of Valentine, her fictional small town in the Colorado Rockies. Now that her three children are grown, Emma loves spending time crocheting and singing (although not necessarily at the same time), and hiking and snowshoeing alongside her husband Jim and two rambunctious dogs Apollo and Uma.