Put Me Back Together by Lola Rooney - Book Tour! 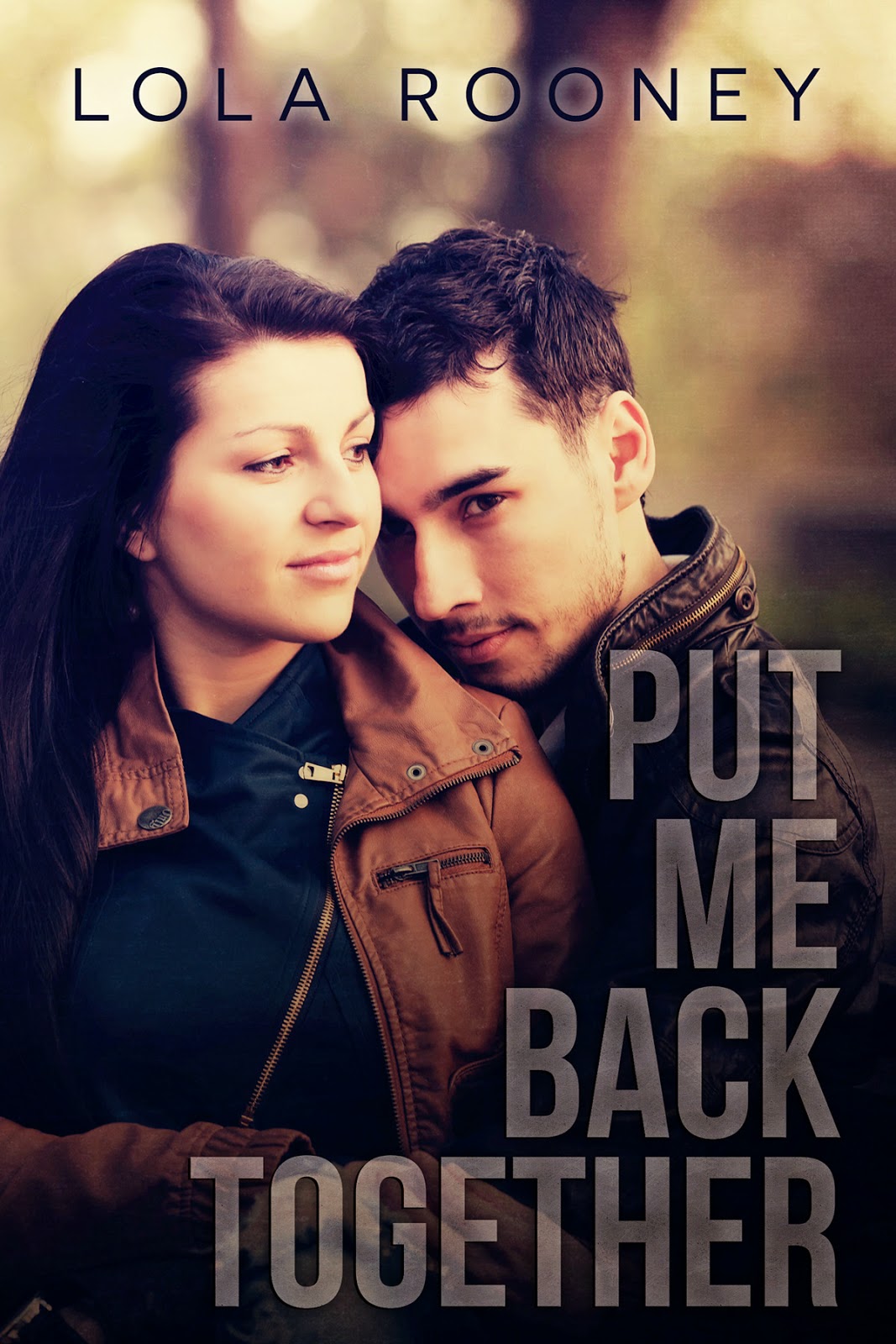 Katie Archer knows how to lie. After six years, no one really knows what happened That Night. Not even her twin sister. Choosing a college 3,000 miles away from the truth, Katie throws herself into art classes and a love affair with ice cream. Katie’s biggest rule? No boys. Ever.

But there is the little problem of Lucas Matthews. Former basketball star and total campus hottie, Lucas is the stuff girls have naughty dreams about—and he has the reputation to prove it! But that doesn't stop liquid heat from running through Katie’s veins every time she sees him…

You’ll Never Get Away With It

Letting Lucas in is the hardest thing Katie’s ever had to do. And telling him the truth? Impossible. Then Katie starts to get threatening texts and she realizes Lucas is the least of her problems. Her past has caught up with her and it wants to settle the score.

I’m Coming For You

Now Katie must decide whether she wants to fight for her life, or leave everything—including Lucas—behind her forever...

I tend to have a difficult relationship with the new adult genre. I love the drama and emotions that are typically involved, but I'm not a fan of the books with characters that go at it like bunnies. I'm happy to say that I thoroughly enjoyed Put Me Back Together. It appeared on my Kindle at the perfect time. I needed to read something different and I was craving an overly emotional romance. One look at it and I was a goner - started and finished in one day. Sleep? What is this sleep you speak of?? I loved the characters. Katie was a little difficult to grasp half the time. She was drawn towards Lucas from the moment they met, but because of the horrific event that happened in her past, she's afraid to let her guard down. She's afraid of loving someone that could turn violent at a moment's notice. She kept pushing Lucas away, but he kept gradually wearing her down until she stopped fighting their attraction. I loved that they worked on their friendship before it turning into love. They didn't jump into bed until the time was right for the both of them. I liked that they were able to find some comfort from each other and from their friends. However, Katie going to the bar with her sister and friends threw me for a loop for a couple of minutes until it finally dawned on me that the book took place in Canada. WHOOPS! *sheepish grin* I would say that the one aspect of the book that disturbed me was the horrific event from Katie's past and I would have liked some explanation on how he was able to track down Katie even after she changed her cell phone number. A minor detail that had no impact on how much I loved the book.

I am not a big fan of first person books because I love knowing what each character is thinking. However, Lola's writing is so smooth that I found myself picturing Katie sitting in front of me as if she was telling me her story. That's never happened to me before as I'm usually wanting to know what the other character thought. It felt like Katie and I were sitting at a coffee shop and she was telling me how she met Lucas and what happened that fateful night. It blew me away. Kudos Lola and I can't wait to see what you have in store for your second book.

I'm Lola Rooney, romance writer and part-time hula hooper. For a long time I was a lonely girl who didn't believe in love. Now I like to write about lonely girls and the boys who make them believe in
love. I enjoy cupcakes, dimples, hula hoops (obviously), writing in my tree house and flirting with sexy men (who have dimples).


When I'm not yachting the Mediterranean I call Montreal home.