Release Day Blitz for THE CAPTIVE by Grace Burrowes + Giveaway 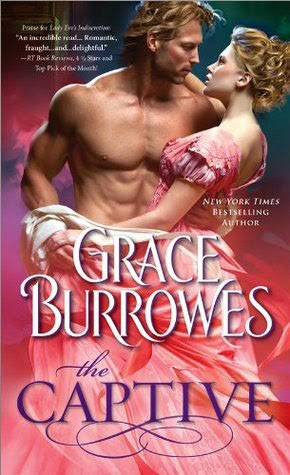 Happy release day for The Captive, the first book in the new Captive Hearts series by Grace Burrowes.

Captured and tortured by the French, Christian Severn, Duke of Mercia, survives by vowing to take revenge on his tormentors. Before the duke can pursue his version of justice, Gillian, Countess of Greendale, reminds him that his small daughter has suffered much in his absence, and needs her papa desperately.

Gilly endured her difficult marriage by avoiding confrontation and keeping peace at any cost. Christian's devotion to his daughter and his kindness toward Gilly give her hope that she could enjoy a future with him, for surely he of all men shares her loathing for violence in any form. Little does Gilly know, the battle for Christian's heart is only beginning.

The countess brought Christian’s hand up, holding the back of it against the extraordinary softness of her cheek. Until he’d taken liberties with her in the library, he’d forgotten how wonderfully, startlingly soft a woman’s cheek could be. As soft as sunshine and summer rain, as soft as the quiet of the English countryside.

“Shall we sit?” he asked, though she’d likely release his hand if they sat. He was a widower, though, and she ought not to begrudge him simple human contact when he’d been so recently bereaved.

She let him lead her to a shaded bench near the roses, the morning air faintly redolent of their perfume. When Christian seated her, the countess kept his damaged hand in hers.

“I was not allowed to garden at Greendale,” she said, fingers drifting over his knuckles. “The estate had gardens, because his lordship would not be seen to neglect his acres, but I was forbidden to walk them, or to dig about in the good English soil, or to consult with the gardeners regarding the designs and plantings.”

Based on the studied casualness of her tone, this prohibition had been irksome.

“You are free to garden here all you like,” Christian said. “I ask only that you not disturb my mother’s roses.”

Another silence, while Christian became aware of his surroundings beyond the small hand holding his. The roses were in their early summer glory, and why Polite Society insisted on staying in Town through most of June was incomprehensible, when the alternative was the English countryside. The sunshine was a perfectly weighted beneficence on his cheek, the scent of the gardens heavenly, and the entire morning aurally gilded with the fluting chorus of songbirds.

He wanted to kiss the lady beside him again, not in thanks, not as a good-night benediction, but for the sheer pleasure of the undertaking. 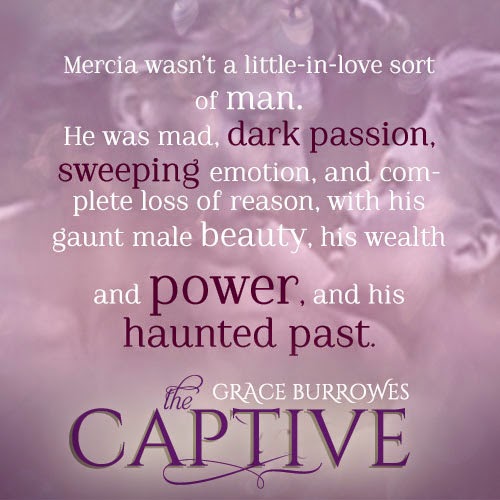 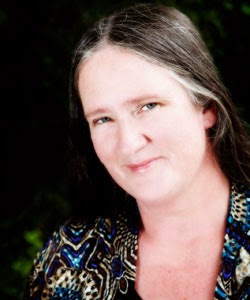