Review for SURRENDER by Tawny Taylor 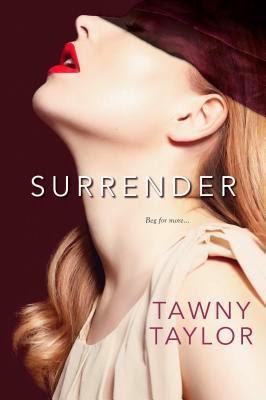 I was his.
To touch.
Anywhere.
Any time he wanted.

Abby is ready to agree to anything to stop her brother from going to prison, but Kameron Maldondo, the owner of MalTech Corporation, is asking for the unexpected. Enthralled by his commanding brilliance, she agrees to be his assistant, at his beck and call for whatever he needs--whenever and however he wants. What that means is for him to decide and for her to submit to. Frightened yet fascinated by what he promises, Abby becomes a willing captive to his caress, undone by his peerless touch, a quivering submission to an aching need for complete carnal surrender. . .

I had a lot of mixed feelings about Surrender... So, I'm going to be doing things a bit different for this review.

Overall, I enjoyed the book enough that it sucked me in and I couldn't put it down. Could it have been better? Yeah. I felt that if there was more focus on the suspense, it might have been better. As far as the sexual theme of the book, I loved it. Will it be my last book from the author? No, I'm looking forward to trying another one of Tawny's books.

Tawny Taylor has been writing romance for ten years. Her first novel, Tempting Fate, was published in 2004 and was an RT Reviewer's Choice nominee and highly reviewed book. To date, Tawny has over 50 published books by 5 publishers, including Pocket, Kensington, Ellora's Cave, Samhain and Changeling Press. They include several subgenres of romance including paranormal, contemporary, New Adult and romantic suspense. Among her best selling books are Dark Master, Decadent Master, and My Alpha Billionaire.

Tawny is grateful to her readers for allowing her dream of writing and publishing to come true. Her hope is to continue to write hot, sassy, sexy fiction for women for many years to come.