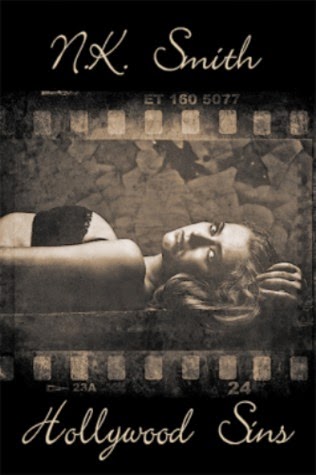 "They wouldn't miss us the second we were gone. You think if I said no to a topless scene that they wouldn't just go find another pretty girl with nice tits to take the part?" - Adra Willows

Public spectacles, private breakdowns, and terrible choices. How can a beloved Hollywood star feel so unloved?

Twenty-four year old Adra Willows grew up in the spotlight, but navigating the shark infested waters of show business doesn’t get easier with age. She has experienced mild success but nothing like the achievement of one of her best friends. Adra constantly compares herself to Liliana Addison, Hollywood’s hottest young starlet, thanks to the Collette Stroud helmed Tortured Desires series.

With her manager giving her questionable advice and her relationship with a leading comedic actor on the rocks, Adra finds herself at the crossroads of Virtue and Vice. She can either continue along the path of taking roles that showcase her body instead of her acting skills or she can forge ahead of her competition, ignore the wishes of her manager, and make her own decisions.

Adra Willows is about to learn how easy it is to fall prey to the abundant temptations of Tinseltown. Will she become just another casualty of Hollywood? Just another washed up child star shackled by limitless means? Or can she control her own destiny? She must choose the most important role of her life: Hollywood Victim or Victor.

The red carpet of life is lined with virtue and vice, but which side will the actress choose to walk along?

Oh, my... This book... Wow! Now I'm typically not a cautious reader when it comes to certain romance books. I love them light and airy. I love them dark and emotional. After reading Hollywood Lies last year, I felt like I needed to dip my toes into the pool and test the waters before diving into Hollywood Sins. Yeah, that didn't work. Hollywood Sins is the friend that'll sneak up behind you and push you into the deep end. From the very first page, you are sucked into this fantastically complex story of the darkest time in Adra's life. I was not emotionally prepared for the ride that this book took me on.

Hollywood Sins takes place over roughly two years in Adra Willow's life. After being a successful child actor, Adra is stuck in what I'd call a "Hollywood rut." Professionally, she's done with everyone wanting her as the "sexy" actress that'll take her clothes off for whatever movie she happens to be shooting. Adra wants the roles that will win her awards. She wants to be known as the "IT" actress, the one that everyone wants for their film. Instead, she has a manager that does not have her best interests at heart, both professionally and personally. She's stuck and she's not happy. Personally, Adra is one big effing mess. She finds herself in and out of several relationships, none of which are healthy. She's allowing herself to be controlled by men and by her manager. The only "stable" thing in her life are her friendships with Peter and Liliana. Adra knows that she can count on Peter to be there in her darkest times. As for Liliana... Well, Adra knows that Liliana top priority is Liliana. Adra stumbles throughout Hollywood Sins looking to find her spot in Tinseltown. Unfortunately for her, that search will drag her into the depths of drug use and push her into the highs of being the elite.

N.K. Smith has the uncanny ability to create the most damaged characters. Poor Adra is beyond damaged, though. I think she's borderline effed up. And I mean that in the best way possible because although Adra so messed up, I still loved her. I was ecstatic for Adra when she getting the praise she so desperately needed, but I also cried for her when she was at the lowest of the low. I wouldn't say that I could relate with her, because I know zero actresses and I've never been a drug addict, but she felt real. Adra has her faults and by the end of the book, she fought her demons and prevailed.

As much as I loved Adra, I also loved the secondary characters in Hollywood Sins. I loved Peter. He was extremely supportive towards Adra. He always knew that something was wrong with her, but could never get her to seek the help Adra needed. I wish we were able to see more of him towards the end of the book. I would have loved a couple more chapters to get more of his relationship with Adra. Their ending felt a little rushed. Liliana's back! She was full-on typical Liliana. Going back to Hollywood Lies, I thought she might have ended up as a Hollywood victim, but I was very wrong. She makes Hollywood work for her. Liliana knows how to manipulate the press. She knows how to charm her leading men. She knows how to schmooze her way to the top and she will work it. I hope we get her story next because I would love to hear what is really going on with her. We also get brief glimpses into how Devon and Colette are doing together. The one character I really did not like was, of course, Elsie, Adra's manager. She was the catalyst for Adra's going off the deep end. It is Elsie that pushed Adra into the dark side of Hollywood.

I loved Hollywood Sins. It is a book that'll take you on a wild emotional ride. If you are a fan of the dark side of Hollywood, then I think you'll enjoy this book. There is not as much graphic sex like Hollywood Lies had, instead there is a lot of other Hollywood demons, such as drug use and Hollywood's idea of female body image. Everything Hollywood doesn't want you to know...

N.K. Smith is the author of several books including the young adult sensations The Old Wounds series and My Only. Interested in a variety of genres and styles, she also penned Hollywood Lies, Ghosts of Our Pasts, Are You Mine? She lives in the Midwest.