Review of ONLY WITH YOU by Lauren Layne 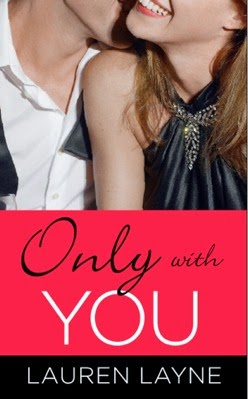 "Thanks so much for holding the elevator for me. As you can see, these boots here aren't exactly made for walkin' --" - Sophie Dalton

Cocktail waitress Sophie Dalton doesn't exactly have a life plan. She's perfectly happy being everyone's favorite party girl. But when a Las Vegas bachelorette party goes awry and an uptight businessman mistakes Sophie for a prostitute . . . well, Sophie wonders if it's time to reevaluate her priorities. Swearing off her thigh-high boots for good, Sophie slinks back home with damaged pride-and a jackpot of a hangover.


Yet what happens in Vegas doesn't always stay there. On a trip to Seattle to open a new office, Grayson Wyatt meets his latest employee-who turns out to be the same woman he recently called a hooker. Wealthy and gorgeous, Gray is a man used to getting what he wants. And it doesn't take long to figure out that smart, sassy, sexy Sophie is everything he's been looking for. As their late nights at the office turn into hot morning-afters, they realize their Vegas misunderstanding may lead to the real thing . . .

Sophie Dalton learned an important lesson after clinging to a total stranger in a dark elevator... What happens in Las Vegas doesn't always stay in Las Vegas. Nope, he can also mysteriously appear as your older sister's boyfriend before becoming your very sexy boss. That is exactly what happens to Sophie... Grayson Wyatt unknowingly broke Sophie's pride in that Las Vegas elevator when he mistakes her for a prostitute. Instead of fighting back, Sophie hangs her head and attempts to recover from the blow with alcohol. The moment Gray steps foot in Sophie's parents house as her sister's boyfriend weeks later, her world tilts on its axis. One thing leads to another (and after some parent pressure), Sophie agrees to be Gray's assistant. What just happened?! From the moment she steps foot in Gray's office, Sophie is determined to break through his resolve and get under his skin. As things begin to heat up, the pair is forced to face their past head on before looking forward  to a future together.

Oh. My. God. This book was amazing... It was sweet, romantic, sensual, sexy, and friggin' hysterical all rolled into one pretty package. I have a massive book boyfriend crush on Grayson. First off, the name alone is yum worthy. Grayson... Grrrrayson. Gray... Just imagine his name rolling off your tongue in the throws of passion. Wow... Is it hot in here or is it just me? He's sexy. He's intelligent. Who doesn't love a brooding hero? He's calm and collected on the surface, but Sophie gets his blood boiling until he just can't help himself and he has to have her in his arms. Sophie is the perfect woman for him. She's patient she has to be. She's feisty when she has to put Gray in his place. The girl just flat out rocked his world. Both Grayson and Sophie needed to lean on each other at some point in the book. Both have been hurt in the past by someone they loved and that puts their relationship in danger from the very beginning. While we focus on Sophie pulling Grayson out of his brooding funk, he is doing the same for her. Damn it, they were meant for each other. If I didn't love Sophie so damn much, I would have pushed her out of the picture so I could claim Grayson for myself. What? I'm just sayin'.

This was my first Lauren Layne book. Lauren, you've got a new fan. Must read more! Only With You far exceeded my expectations. I thought I was just getting a cute and sexy contemporary romance. Only With You is so, so much more. I ended up falling hard for Grayson and Sophie. Not only do we get the pleasure of watching Gray and Sophie get their groove on, we're also given a little glimpse into a budding relationship between two of the secondary characters. I can't wait for their story. Just from the moments we spend with them in Only With You, it is obvious that their relationship will be off-the-charts sizzling!

Until then, find yourself a bounce house and have fun. *wink*

Lauren Layne is a snarky cynic with a serious weakness for happily ever afters.

But Lauren wanted all romance, all the time.

Now she writes fictional happy endings, and considers her job done well if you swoon while reading her books. Don't worry. You will.

Once upon a time she lived in a Manhattan high-rise, but now she's on the laid-back train  in the Seattle area. If you ever find yourself in Issaquah, she'll probably buy you a drink. Maybe. 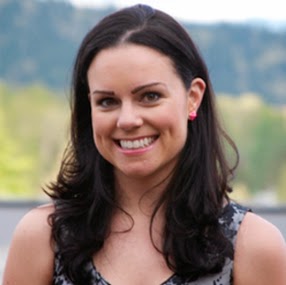