Spotlight and Excerpt from THE HEIST by Adriana Kraft 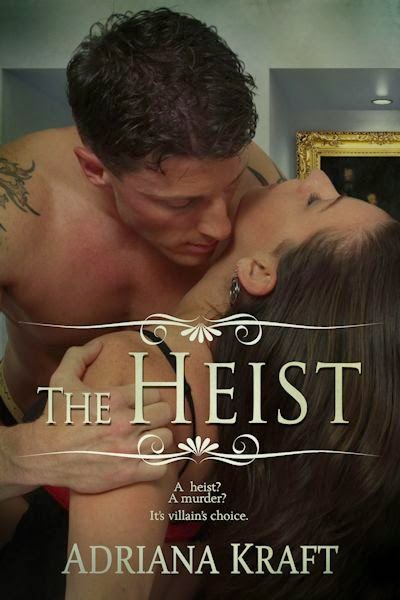 A special-order art theft? Tedious, but seamless – until small town museum director Kara Daniels calls in the experts. Furious her favorite trio of priceless impressionist paintings has been stolen from its traveling exhibit on her watch, Kara is determined to save not only the paintings, but her future in the art world. She’ll stop at nothing to entrap the thief.

Ted Springs knows the underbelly of the criminal world a little closer than he might like—but he’s turned it to good advantage, first as a police officer, and now as detective for the Upper Midwest Arts Council. His job? To guarantee the security of the valuable paintings in the Council’s traveling exhibits.

Heat sizzles when Ted and Kara collide—can they work together, before it’s too late?

Ted matched Kara stride for stride. “I seem to remember you bumping into me once. Pleasantly so.”

“I’m sure you do. The drive should give me an opportunity to answer any general questions you may have about the museum. I trust you had an opportunity to read all the material we faxed and e-mailed to you yesterday.”

“That and much more.” He gasped as the parking garage heat hit them. “It must’ve been quite a shock discovering the museum’s security was breached.”

Kara scowled at him as she popped the trunk of her sporty car open and watched him plop his stuff in. “I guess that’s technical jargon for breaking and entering.”

He slid into the passenger seat and admired how Kara’s dress worked halfway up her thigh. She must’ve seen him staring, because she yanked it down without commenting. He waited until she’d paid the parking fee and they were away from the airport before adding, “Didn’t sound like the police were treating what happened yesterday as breaking and entering.”

Shaking her head, Kara didn’t take her eyes off the road. She gripped the steering wheel as if it was in danger of falling off.

He smiled. Was it only the break-in that had her uptight? “We can call it a break-in, if you like. But you were breached—that’s what led to someone strolling uninvited through your entrance.”