Review of THE SWEET SPOT by Stephanie Evanovich 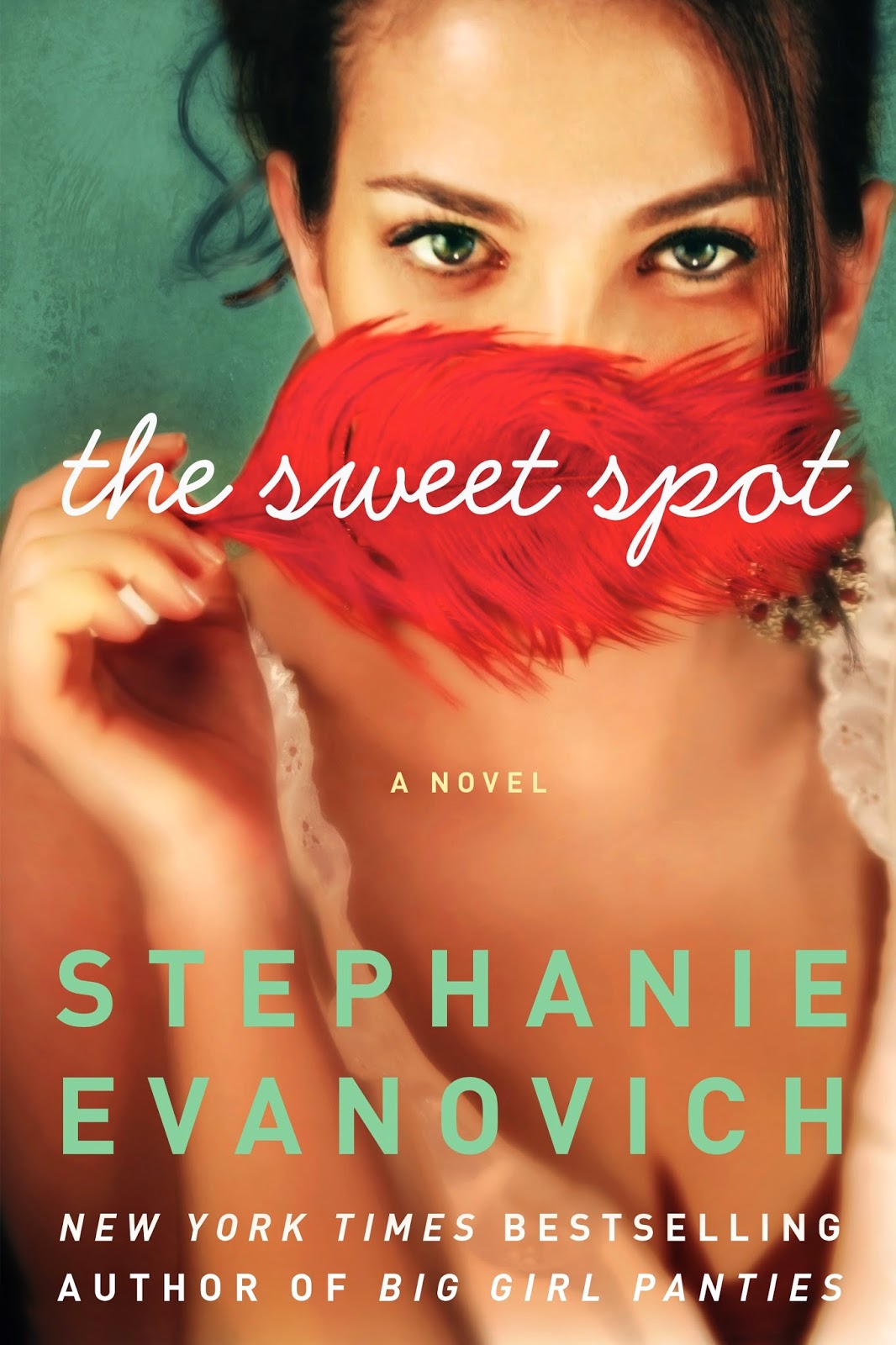 "What's so difficult to believe? You're a natural beauty who's smart and witty, even when trying to keep your defenses up. You would never be so impolite to me if you weren't attracted. I watch you with other people. You have perfect decorum even with total asshats." - Chase Walker

Amanda is a successful, levelheaded woman who built her restaurant from scratch. She’s certainly not looking for a prince charming to sweep her off her feet.  So when Chase, baseball’s golden boy, begins to pursue her, she barely gives him the time of day. Her heart-shaped face and big blue eyes stop him dead in his tracks and her lush, plus-size curves don’t hurt either. And while Amanda’s used to celebrities and politicians dining at the Cold Creek Grille, she just can’t stop staring at Chase—he’s hotness personified.

At heart, Chase is a monogamist who likes strong women, despite his playboy image. Amanda is exactly the type he’s been looking to settle down with, but she won’t say yes easily. From daily visits to the restaurant to extravagant flower arrangements, Chase will stop at nothing to persuade her to go out with him—and he finally succeeds!

For Amanda their romance is all too good to be true, and something has got to give. Can Chase really be this perfect? And then she discovers that squeaky-clean Chase Walker has a spicy little kink. While readers of Big Girl Panties will remember it quite well, Chase’s fans have no idea that off the field, he likes to indulge in a little passionate spanking from time to time.

To her surprise, Amanda discovers a naughty side she never knew she had. But then, thanks to a tabloid, their secret comes to light and becomes the nation’s favorite water-cooler gossip. Will Amanda give up a little bit of her single-girl freedom for true love with a twist? Or will the pressure of Chase’s stardom spell doom for this sexy couple?

THE SWEET SPOT is an incredibly sexy and charming story filled with wit, fun, and extra-spicy romance. This is the perfect follow-up to Big Girl Panties and undoubtedly a great choice for summer reading.

To be completely honest, I was a little hesitant to read The Sweet Spot after hearing mixed reviews on Stephanie Evanovich's debut novel, Big Girl Panties. Some loved it. Some liked the book, but didn't like Logan. So I decided to go into The Sweet Spot a little blind and pushed those thoughts out of my head.

Amanda Cole was not having a good day. It starts off as a "top down" type of day. The sky's blue and the sun is shining. Yeah, someone forgot to send the memo to the birds... The moment Amanda steps inside her upscale restaurant with bird poop in her hair, she gets a call from an irate (and jerk) sports agent. He demands a table to his high paying player. Little does she know that her life is about to change drastically. Chase Walker is an oxymoron. Ha! He's the hottest baseball player in town with a dark secret. It doesn't take long for him to set his sights on the beautiful Amanda and he stops at nothing to win her over. It also doesn't take long for his secret desire to come out and their life together is forever changed.

I really enjoyed The Sweet Spot. It is the story of how Amanda and Chase, two lovable secondary characters from Evanovich's first novel, Big Girl Panties, met and fell in love. Amanda is an incredibly strong character. From a child, she's been taught that she's "good enough" and because of this, she always waits for the other shoe to drop. Chase seems perfect, but she's always waiting for his flaw. It takes awhile to Amanda to warm up to him, but before long, she discovers that she loves to  provoke Chase to get a reaction out of him. I found Chase to be extremely lovable and charming. He has a kinky side and loves to assert dominance over Amanda, but he'll never refer to her as his sub. As much as he wants her to be his sweet little princess, he also wants her to be okay with his desires and to eventually want them too. He's honest about his feelings, but he's also scared to reveal his secret desire because he fears it'll scare Amanda. They fall in love very quickly and Chase knows from the moment he met her that she was meant to be his. Much like every relationship, their love is tested multiple times, but it how Chase and Amanda work through the tough times that makes them stronger.

Stephanie's writing is fun and quirky. Time passes fairly quickly in The Sweet Spot, but it does so flawlessly. I love how adventurous and trusting her characters are. I really enjoyed The Sweet Spot and I think I'll give Big Girl Panties a chance sometime in the future.

Stephanie Evanovich is a full-fledged Jersey girl from Asbury Park who began writing fiction while waiting for her cues during countless community theater projects. She attended New York Conservatory for the Dramatic Arts and acted in several improvisational troupes and a few small-budget movies, all in preparation for the greatest job she ever had, raising her two sons. Now a full-time writer, she’s an avid sports fan who holds a black belt in tae kwon do.