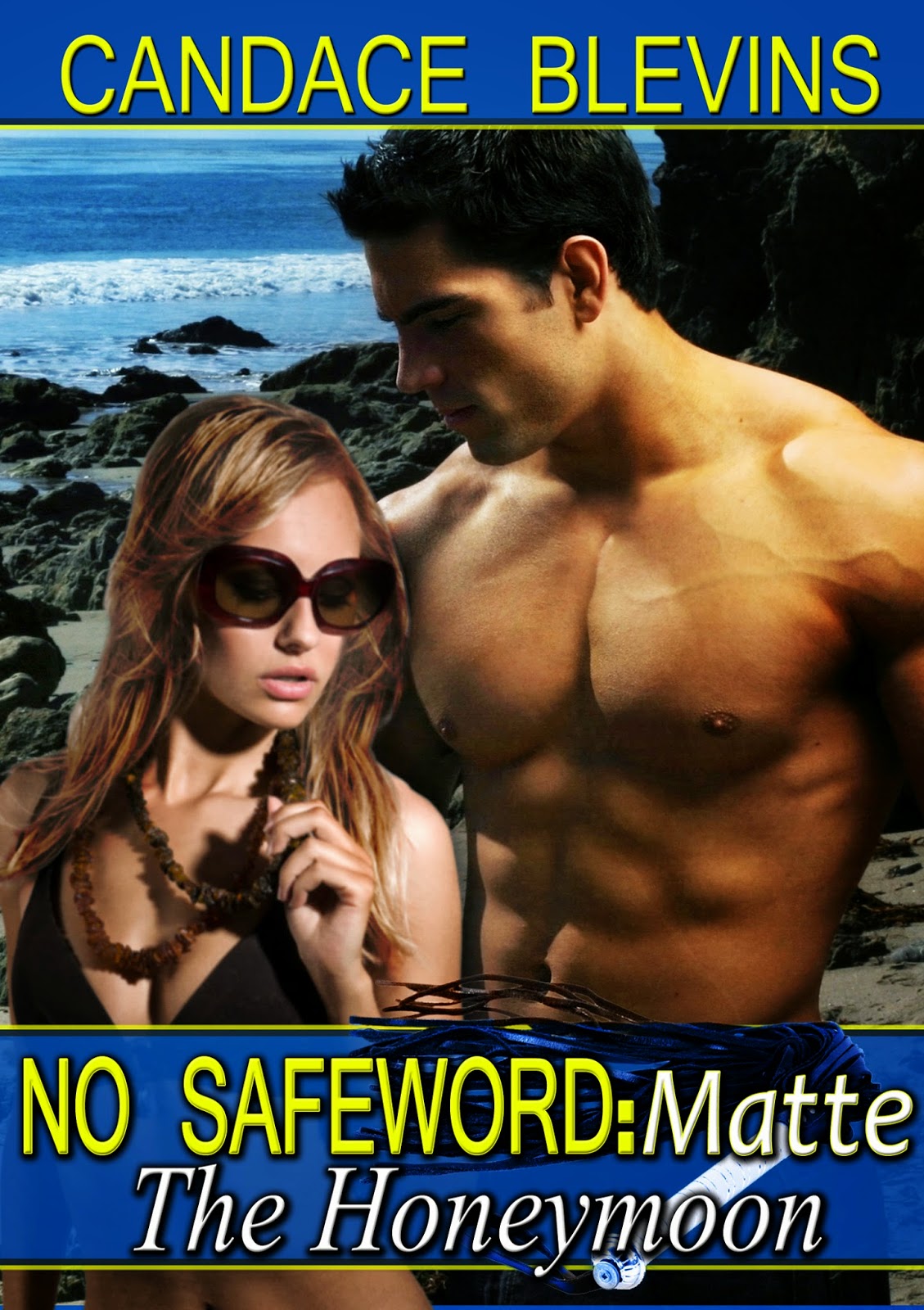 The wedding ceremony is over, and the couple is on their way to Hawaii. After so much build-up for the big night, how will Ethan handle it? Sam has no idea, and while she’s pretty sure she’s ready, she’s still a bit nervous. Who wouldn’t be?

Most newlyweds don’t ride bicycles up and then back down dormant volcanos for fun on their honeymoon, but Sam and Ethan aren’t the average couple. They find lots of fun things to do on the islands and in the ocean, and Ethan’s creativity knows no bounds when in the privacy of their secluded beach house.

Sam awoke first the next morning and slid under the covers. He was soft when she pulled him between her lips, but within seconds he groaned in pleasure and began to fill her mouth.

She intended to get him off, but he stopped her a few minutes into it, flipped her on her back, draped her legs over his shoulders, and gently worked her clit with his lips and tongue.

She raised up on her elbows and watched a few seconds before coming to a decision.

He tilted his head to look at her, but kept her clit in his mouth. His tongue ran across it a few times and she had to fight to keep her eyes from rolling back in her head again.

His eyes agreed with her, and then he stopped looking up and went back to work.

She gently bopped him on the head. “Don’t ignore me. I’m trying to talk to you.”

He inserted a finger into her depths, and then another, and Sam fell back, her legs tensed on his shoulders, and she lost control of her body as an orgasm crashed into her with no warning.

She tried to talk through it, but couldn’t come up with an intelligible sentence, and finally gave up and let the bliss sweep her under.

Her voice sounded happy and content, but there wasn’t much she could do about it.

Ethan was still between her legs, and he chuckled before bending to lick her entrance with long, slow, strokes.

“God, you’re impossible. I don’t know whether to beg you to stop, or keep going.”

His tongue kept going, and she added, “We need to talk about why you aren’t using me, and won’t let me pleasure you.” She groaned as he licked and suckled the perfect spot. Quickly losing her resolve, she pulled enough air into her lungs to admit, “But I’m not sure I have the willpower to ask you to stop what you’re doing.”

He brought her to three more orgasms before he kissed his way up to her neck, rolled to the side, and pulled her into his arms.

“I used you pretty hard, and I wanted to give you a little time to recover.” He kissed her forehead. “Take advantage of it while you can.”

“It isn’t, but I’ve made the decision to give you pleasure and pamper you a few days.”

It hit her out of the blue, and she looked up and said, “You’re sore. My ass feels like someone used a sandpaper-covered toy on it. Your cock has to be sore, too.”

His face told her he was trying to find a way to deny it without lying, and she laughed. “Master Sex-God is sore. Oh, it’s beautiful.” She kissed his chin, and then his lips. “Don’t try to deny it. I’m not sure why it didn’t occur to me before.” She shook her head. “I’m not sure how you managed it the last couple of times, though. If you were hurting as bad as me, why did you keep going?” She paused and added. “How did you keep going?”

“I’m pretty sure I’m not as sore as you. Your ass hasn’t had any friction at all until we arrived here, and my cock gets frequent activity. The last couple of times I felt a little tender, but I wasn’t ready to stop yet, and it didn’t hurt bad enough to affect my pleasure.”

He shrugged. “I’m sore enough after the fact, so I figure it’s best to give it a rest.” Soft lips kissed her forehead, then her nose. “I’m quite serious about wanting to give you some rest and lots of pampering, though. You took everything I gave you, and I gave you a lot. I want you to know I understand how hard I was on you, and I appreciate you for it. I don’t want to ever take your submission for granted.”

Candace Blevins is a southern girl who loves to travel the world.

She lives with her husband of 16 years and their two daughters. When not working or driving kids all over the place she can be found reading, writing, meditating, or swimming.

Candace writes romance books about characters who happen to have some extreme kinks. Relationships can be difficult enough without throwing power exchange into the mix, and her books show characters who care enough about each other to fight to make the relationship work.

You can visit Candace on the web at candaceblevins.com, or friend her on Facebook at facebook.com/candacesblevins