A visit with Ellie MacDonald, author of The Governess Club 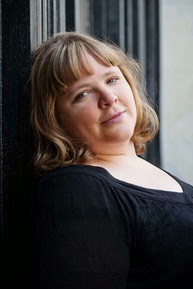 Hello there! Today, we are visited by the lovely Ellie MacDonald, author of The Governess Club. Ellie is here to celebrate the releases of the two newest novellas in her series and to give us an inside scoop on Sara.

Take it away, Ellie!

Sara stands out from her friends. Not because she’s a redhead, not because she’s plump, but because she’s weak. She avoids conflict as though it will kill her; we see in the book that it very nearly can do. She is governed by her anxiety and this makes her weak.

And it made her difficult for me to write.

I come from a family of strong women – even the in-laws. (The men are strong too, but I am focussing on the women in the post. You can likely imagine some of the heated discussions around the dinner table. ;0) ) This is why Sara was so difficult for me to relate to, for me to get into her head. She is the exact opposite of what I look for in a romantic heroine. It’s her type of heroine that actually had me stop reading romance back when I was a teenager – I didn’t understand it then, but I now recognize my desire for stronger, more feminist portrayals of female characters.

And that is what Sara is not.

She doesn’t rock the boat, so she gets swept up in whatever is happening. Her avoidance of interpersonal conflict creates a physical internal conflict that debilitates her. Her insecure nature makes her an easy target for the malicious people in the community. Her submissiveness allows her to be tormented by her mother’s ghost. Her dedication to the status quo has her pursuing a man unsuited to her and her concern for appearances has her betrothed to him.

I had been so focussed on Sara’s faults that I had blinded myself to her more positive qualities. I had been guilty of the same behaviour of every other character in the story: we all underestimated Sara.

The biggest mistake you can make in a fight is to underestimate your opponent. I don’t think Sara will ever fully meet my expectations for a strong heroine, but I most certainly won’t be underestimating her again. She is someone I want in my corner.

Sweet Sara Collins is one of the founding members of the governess club. But she has a secret… She doesn’t love teaching. She’d much prefer to be a vicar’s wife and help the local community. But this quiet mouse doesn’t want to upset her friends, and she resolves to help in whatever ways she can.

Nathan Grant is the embodiment of everything that frightens Sara. Which is why she can’t understand why the handsome but reclusive and gruff man is so fascinating to her. When Sara decides it’s time to take a chance and experience all that life has to offer, Nathan is the first person she thinks of.

Will Sara’s walk on the wild side ruin her chances at a simple, happy life? Or has she just opened the door to a once-in-a-lifetime chance of passion?

Louisa Brockhurst is on the run - from her friends, from her family, even from her dream of independence through The Governess Club. But sometimes it’s easier for her to hide from those she loves in order to escape the secrets of her past.

Handsome but menacing John Taylor is a former prize-fighter turned inn-keeper who is trying to make his way in society. When Louisa shows up at his doorstep he’s quick to accept her offer to help - at a price. He knows that she’s hiding something and he can’t help his protective instincts around the beautiful woman.

Their attraction grows, but will headstrong, fiery Louisa ever trust the surprisingly kind John enough to tell him the dangerous secrets from her past that keep her running? Or will the power of her feelings scare her into running yet again?

Ellie Macdonald has held several jobs beginning with the letter t: taxi-driver, telemarketer and most recently, teacher. She is thankful her interests have shifted to writing instead of taxidermy or tornado chasing. Having travelled to five different continents, she has swum with elephants, scuba dived coral mazes, visited a leper colony and climbed waterfalls and windmills, but her favorite place remains Regency England. She currently lives in Ontario, Canada. The Governess Club series is her first published work.