Review of HER PERFECT GAME (Hot & Nerdy #2) by Shannyn Schroeder 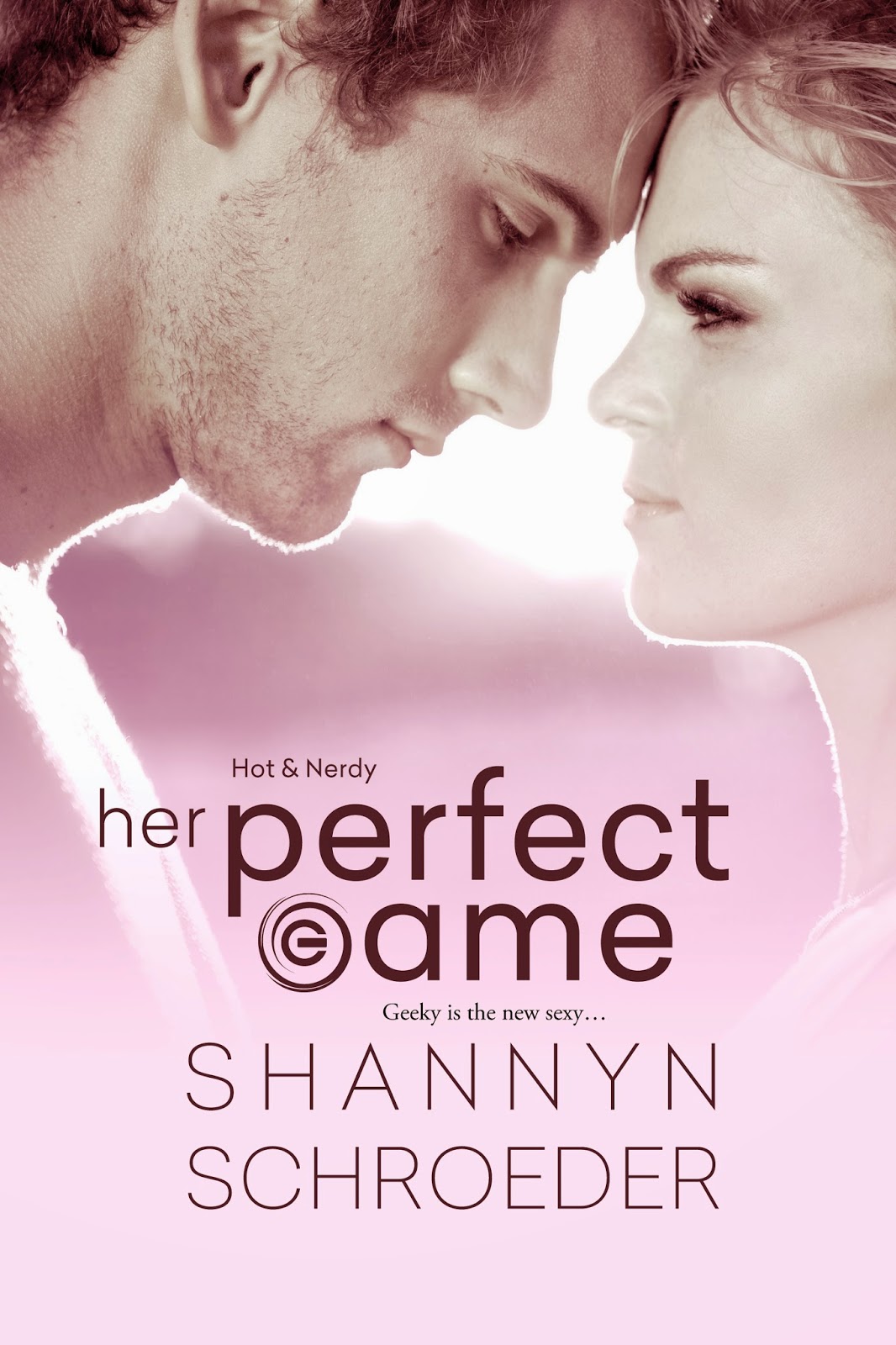 "I don't know what you're smiling about. I'm the one who has the reason to be grinning." - Jonah Best

Spring break is supposed to be a week of fun in the sun for three childhood friends about to graduate from college. But one of them is ready to get her game on somewhere else…

Charlie Castle is an expert archer and a fierce warrior—in her favorite video game, anyway. But college life was a program she couldn’t quite master. To land a cybertech job without a degree, she’s entering a “hackfest” over spring break—where she also hopes to meet the sweet gamer who’s been flirting with her online. Instead, she runs into the hot guy who walked away years ago, and can’t fight the desire that comes rushing back.

Jonah Best has never gotten over Charlie, whose kisses were always as deliciously creative as her coding. But now that they’re face to face again, he doesn’t know how to admit that her online admirer is really him—or how to convince her that he’s offering her a job for her incredible skills, not her sex appeal. Can Jonah cut through their communication glitches and persuade Charlie that the next level up for them should be forever?

Charlie has a secret. One that she can't tell anyone, certainly not the man that has just stepped back into her life after leaving abruptly years ago. She's never forgiven Jonah for walking away with no explanation, but after being in his presence again, she can't deny that she's still attracted to him. He's a distraction she can't afford, but she can't quite say no. What Charlie doesn't know is that Jonah has his own secret. He may have walked away, but he never truly left her. Now that she's back in his life, he's not ready to let her go again.

Oh, my gosh... Her Perfect Game was so much fun! This whole series thus far has been a blast to read. The characters are friends I wish I had in college, especially Charlie. She's a force to be reckoned with. She wants to put her hacker knowledge and abilities to help other women that could find themselves in her shoes. She has seen first hand what cyber-bullying type tactics can do to a person and she is determined to stop it, not just in games, but also elsewhere online. Jonah is freaking adorable. He knows Charlie inside and out. His love for her scared him years ago and although he left, he was always there for her. Just not in person... Now that Charlie and Jonah are at the same convention, neither one of them can deny the attraction.

I've quickly become a fan of Shannyn's books. Her Perfect Game was different from other new adult romances I've read in the past. I haven't come across many books with a female hacker. Go Charlie! Not only that, Shannyn makes hacking and gaming sound fun and a little sexy. Her Perfect Game was a fun mix of sweet and sexy. Charlie and Jonah were fun to watch as they got to know each other again. Once their attraction ignited, they sizzled in bed. Now that I've finished the second book, I'm torn about reading the next book in the Hot & Nerdy series. On one hand, I can't wait for Felicity's story. But on the other hand, I don't want this little series to end. Who am I kidding? I'll be diving into Felicity's story head first the first chance I get.