Spotlight & Excerpt from the Play Me series by Tracy Wolff 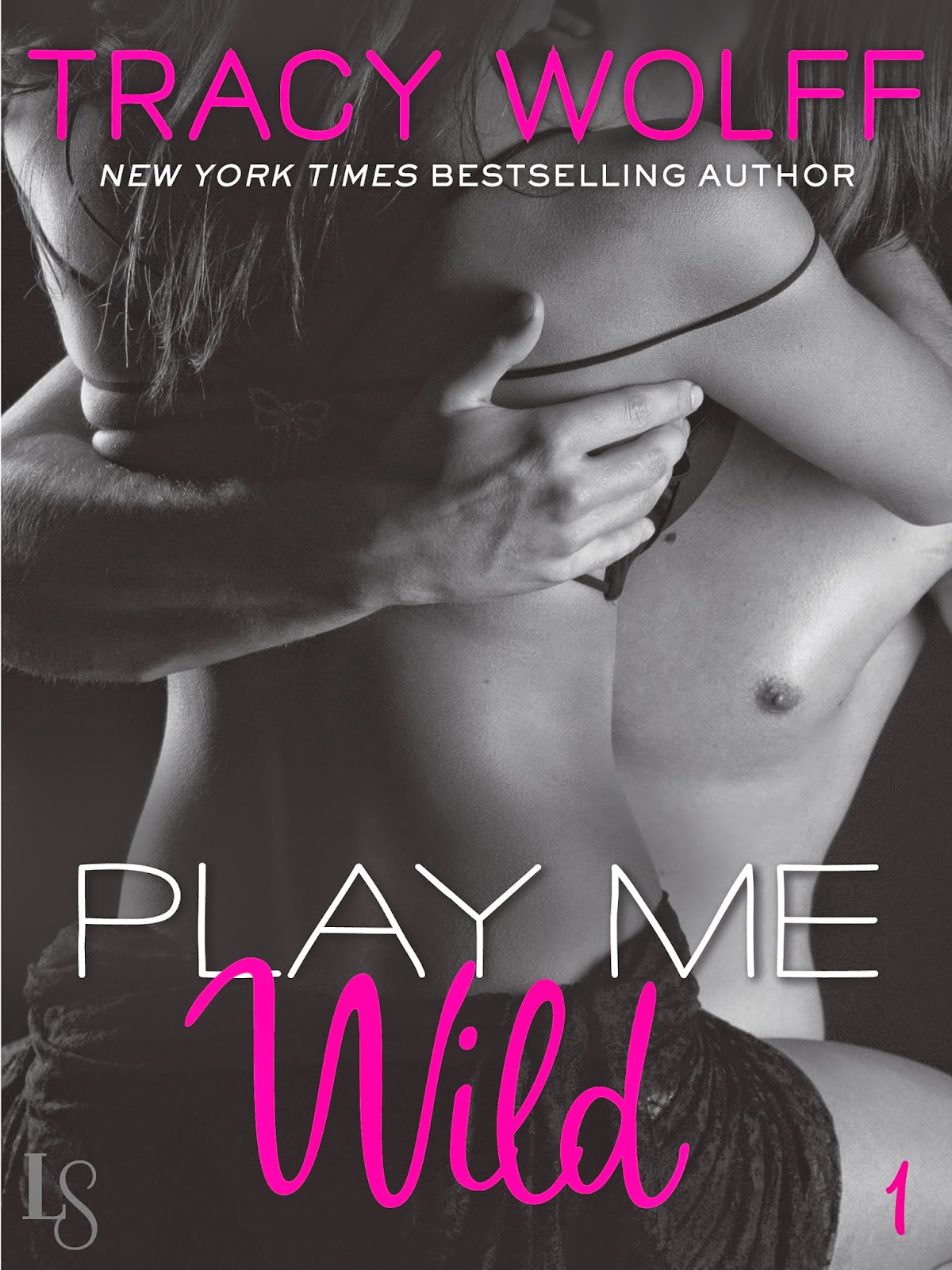 In the seductive first installment of an eBook original serial from the New York Times bestselling author of Ruined andAddicted, a woman running from her past has finally found a bit of control . . . until her powerful new boss makes her go wild.

Working as a cocktail waitress at one of Vegas’s hottest five-star casinos means putting up with a ton of bad behavior from the big spenders. But it pays the bills—and that’s all that matters to Aria, who needs every last dollar to escape from her father’s destructive grasp and the brutal man he expects her to marry. But when she lashes out against a billionaire who won’t take no for an answer, she nearly loses everything—until Sebastian steps in.

The owner’s son and handpicked successor, Sebastian is dark, sexy, and kinder than any rich man should be. And when he apologizes and offers to keep her job safe, Aria can’t help the way her body reacts to his. Suddenly her job, and the security it brings her, isn’t the only thing Aria wants. 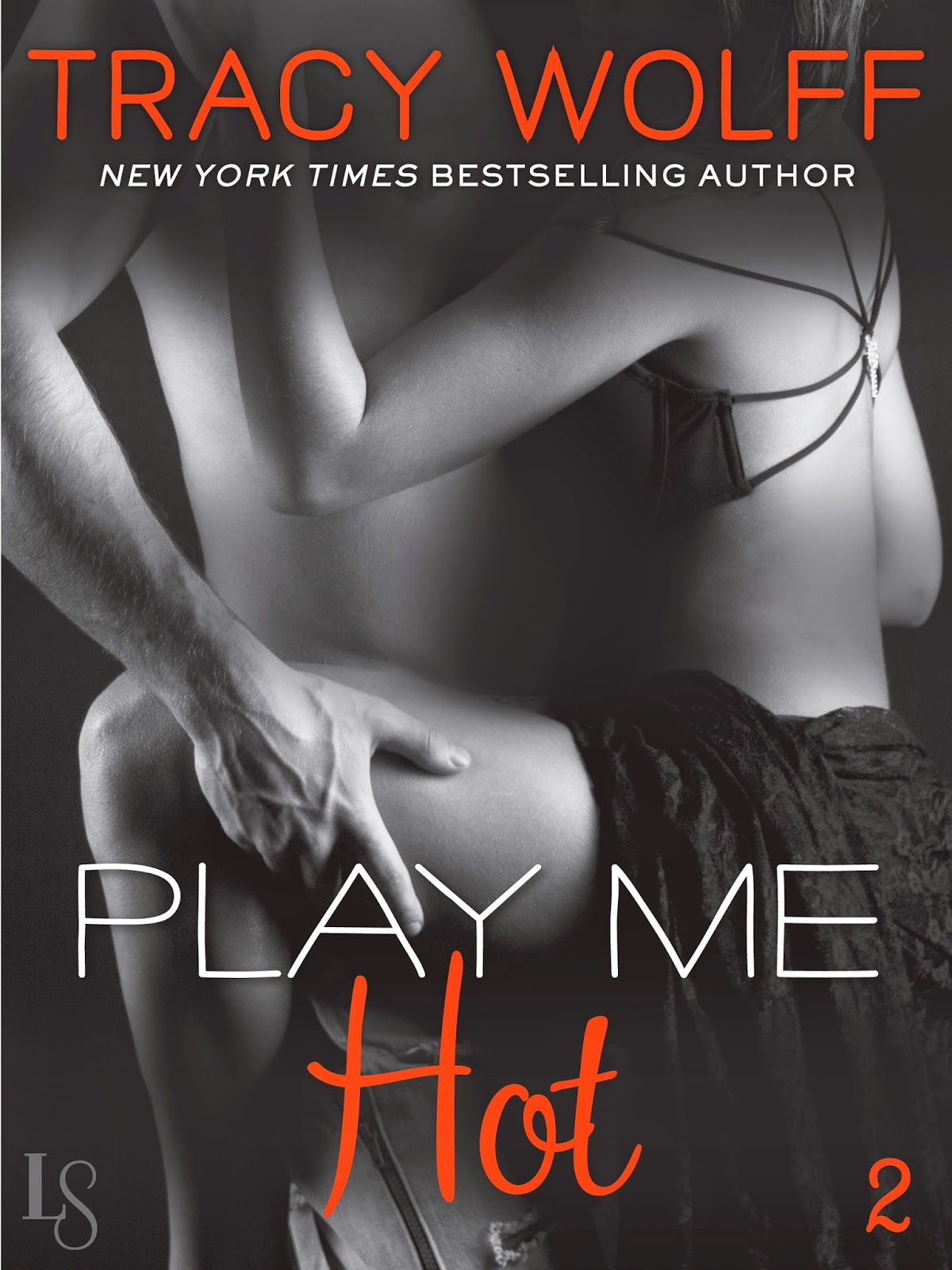 Return to a world of secrets and desires. In the sultry second installment of an eBook original serial from the New York Times bestselling author of Ruined and Addicted, Aria and Sebastian turn up the heat. But will they get burned?

If getting tangled up with her new boss is wrong, Aria doesn’t want to be right. Powerful men usually have a way of thinking they can take whatever they want while giving nothing back, but Sebastian is different. He’s gentle with her body. Rough in all the right places. And hot enough to make Aria break every last rule she’s set for herself. But with her history, it’ll take more than mind-blowing sex to heal the pain deep inside . . . no matter how good Sebastian’s intentions are. She’s spent her entire life fighting for control of her own life, and no one’s going to take that from her. But the more time she spends in Sebastian’s world, the deeper she’s drawn into his sensual games. 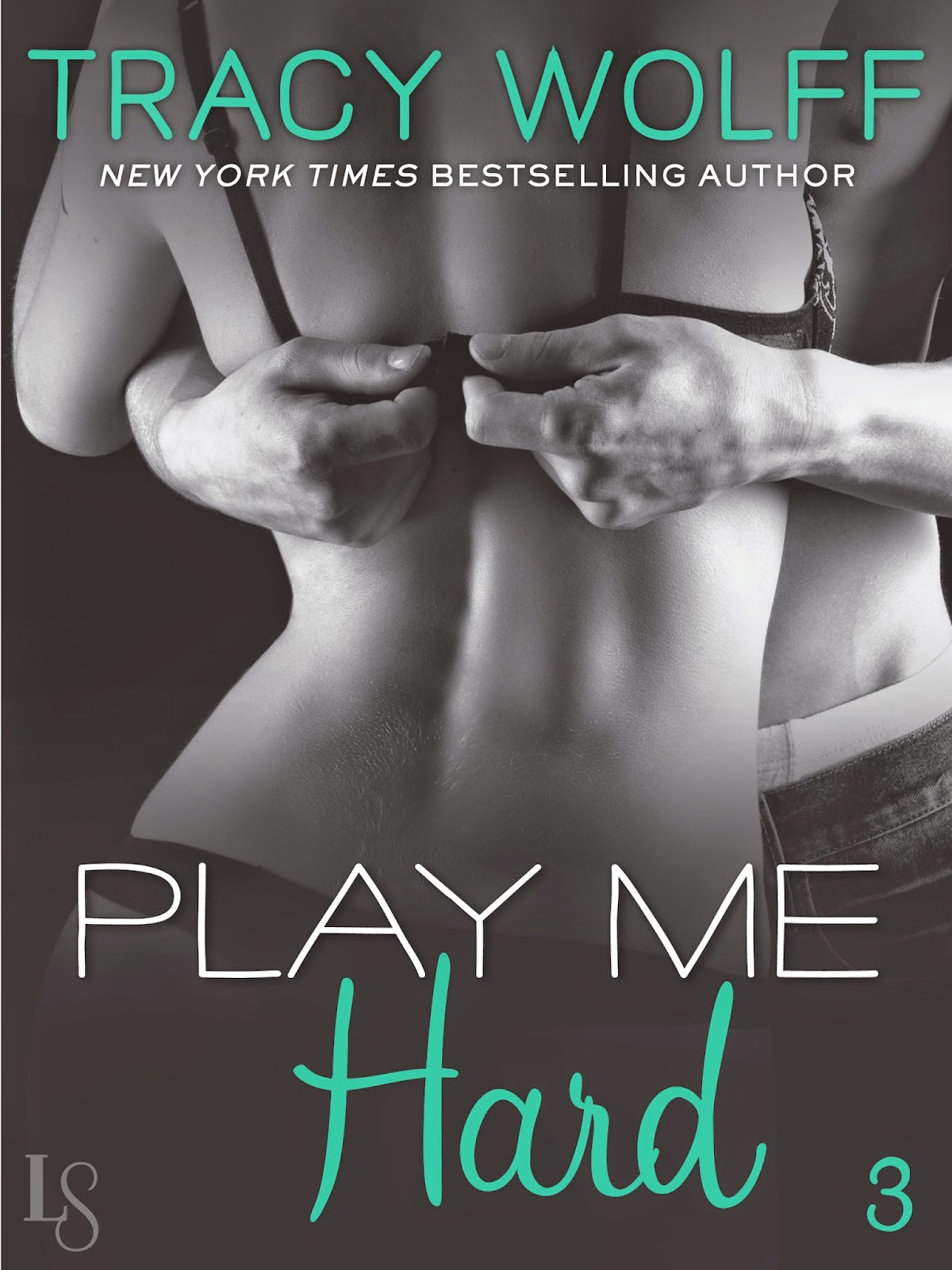 No one ever said love is easy. In the third installment of an eBook original serial from the New York Times bestselling author of Ruined and Addicted, Aria and Sebastian discover that building trust might be harder than they ever imagined.

Ever since taking Aria under his wing and into his seductive domain, Sebastian hasn’t been able to think straight. Their chemistry is intoxicating. Their power exchange is exhilarating. And the sex leaves them both absolutely exhausted. But if there’s one thing Sebastian does know, it’s that he needs to protect this strong yet vulnerable woman. Because she has depths that are unknown—even to her. Aria has worked hard to establish herself as anything but submissive. That isn’t who she is, or who she wants to be. So why does it feel so sweet to give up control . . . and so intense when Sebastian takes care of needs she doesn’t even realize she has? But he has needs of his own—and secrets that run just as dark and deep as Aria’s. 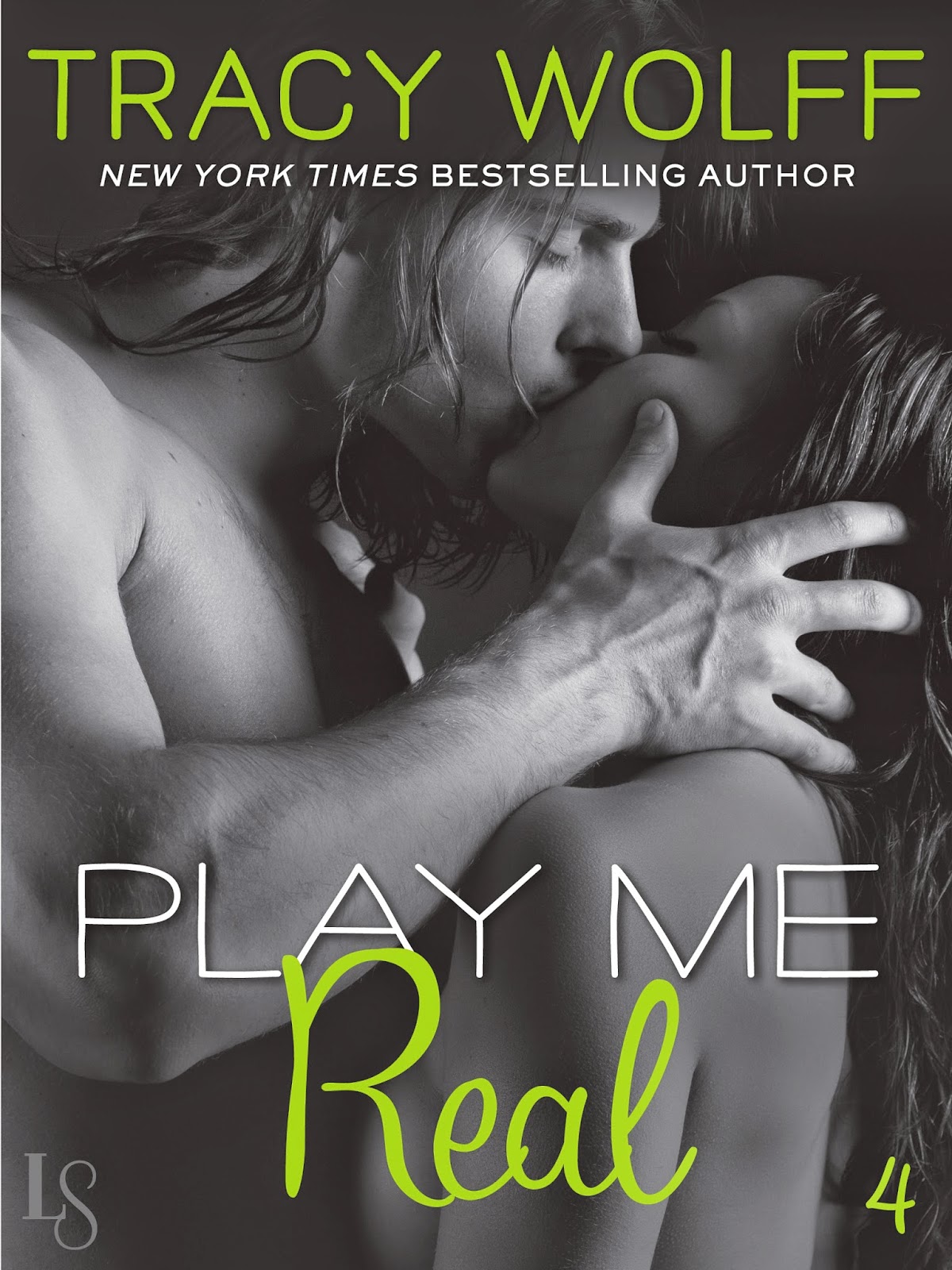 How do you know when something’s real? In the steamy fourth installment of an eBook original serial from the New York Times bestselling author of Ruined and Addicted, a devastating betrayal unravels a fierce yet tender connection.

Aria has learned to play Sebastian’s game. She’s given him control, taken it back, and let him push her farther than she ever imagined she could go. But when Sebastian’s past comes to light, Aria receives a glimpse behind the facade—a revelation that disturbs her even as it makes her feel closer to this simmering, complicated man. Finally she comes to understand the real reason why Sebastian feels the need to dominate everything in his path. But Aria has a tortured history, too. And together they’re a dangerous combination. Now she’s the one pushing Sebastian to the breaking point . . . and if one of them burns up, they’ll both go down together. 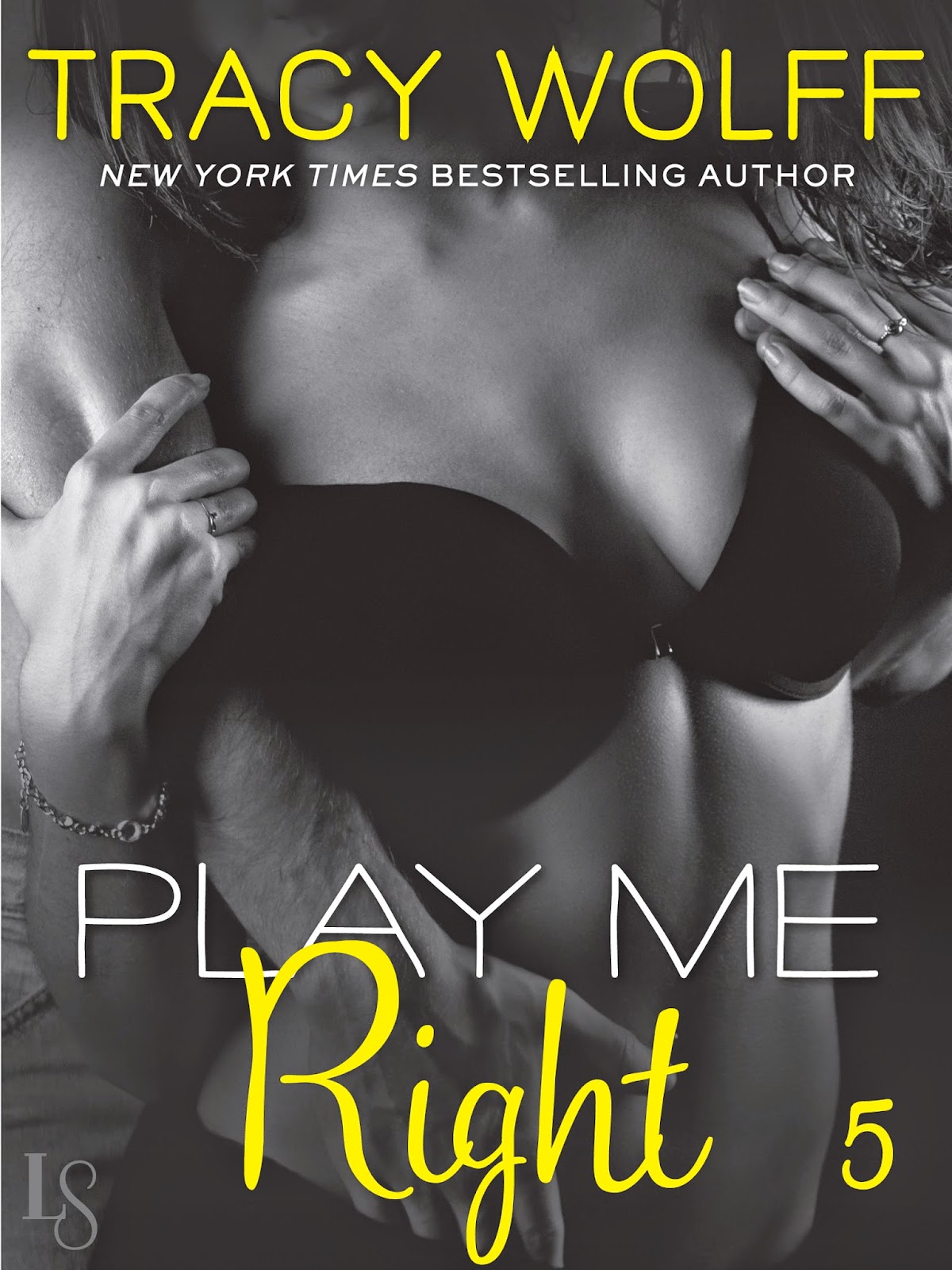 My name is Aria Winston. I’ve fought desperately to escape the seedy underbelly of Las Vegas. Now I’m in control of my own life and my own destiny . . . but my future belongs to Sebastian Caine.

Technically, Aria may still be in one piece, but she’s feeling pretty damn close to broken. While she knows Sebastian would die before hurting her, their intense, steamy encounters have opened up old wounds in them both. Now Aria is considering the unthinkable: walking away again—this time to save Sebastian from the pain she knows her past will cause him. But Sebastian’s the one who set her free in the first place—how can she not show him the same care and compassion? Because, in the end, being together forever is the only thing that feels right.

“Please,” he says, stepping out of the doorway and gesturing toward his desk. “Come into my office.”

Says the spider to the fly. Except that had something to do with a parlor, didn’t it? Still as he waits patiently, watching me with those laser green eyes of his, I can’t help but see the parallels. There’s a part of me—that part in charge of self-preservation—that wants to run as far and as fast as I can from this man, this office, this moment. But I’ve already run once. I promised myself then that I wouldn’t do it again and I don’t plan on breaking that promise. Especially not over something as ridiculous as a little sexual attraction.

And so I do the only thing I can do—I step into his office. And pray I’m not letting pride get in the way of common sense.

But I’ve barely made it past the threshold when my heel catches in the thick shag carpet and I pitch forward, my balance completely gone. Figuring I’m done for, I stick my hands out in front of me, brace myself for the fall. But it never comes. Instead, a strong arm winds itself around my waist, pulls me back sharply.

Just that easily I’m upright again, but I’m also right back where I started—pressed against Sebastian Caine’s long, lithe, lethal body. Only this time it’s not a little brush of chest to chest, hand to hand. No, it’s full-on body contact—my back to his front—and I’m not sure if I’m startled or aroused by how good he feels.

At least that’s the excuse I’m giving myself about why I don’t immediately leap away. Why I stay there, pressed against him—sheltered by him—for far longer than I should.

Not that he seems in any hurry to let me go. No, his hand is curved around my hip, his thumb stroking my waist. My nerve endings spark at his touch, heat sizzling through me with every back and forth brush of his thumb.

“Are you all right?” His voice is low, primal, with just enough gravel in it to send shivers down my spine. It’s a strange, new feeling, one that calls to mind tangled sheets and long, sweat-drenched nights. With him.

He’s intense, powerful, and so darkly sexual that I find myself reacting physically to him. To the authority he exudes simply by breathing. My pulse speeds up, my nipples tighten, and my breath comes in short, harsh pants that I desperately try—and fail—to control.

“I—I’m okay,” I tell him finally, my voice much shakier than I’d like it to be.

I feel him nod, his chin brushing the top of my head as he uncurls his arm slowly—almost reluctantly—from around me.

“Why don’t you have a seat,” he tells me, gesturing to the two chairs in front of his desk.

It’s the reminder I need to shock my brain back into focus. Finally. Sticking my chin in the air, I make sure I sound firm—or as firm as any woman can after she’s just been caught, held and caressed by her boss’s boss’s boss’s boss. 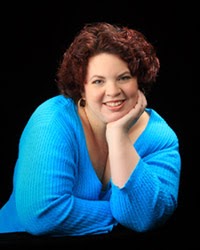 Tracy Wolff lives with four men, teaches writing to local college students and spends as much time as she can manage immersed in worlds of her own creation. Married to the alpha hero of her dreams for twelve years, she is the mother of three young sons who spend most of their time trying to make her as crazy as possible.