A visit with Helena Maeve, author of Grounds for Divorce from the Wild Angels anthology 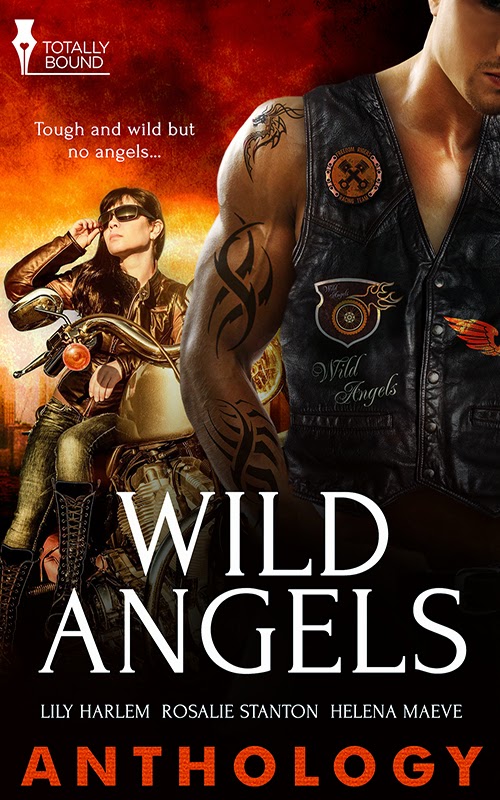 Hold on to your motorcycles and let's welcome Helena Maeve, one of the authors in the new anthology from Totally Bound, Wild Angels.

A Bike, an Open Road

In the spirit of full disclosure, I have to confess that being tapped for Wild Angels did away with my concentration for a good twenty-four hours. Bikers! Biker gangs! Biker gangs being badasses on wheels! Forget my drafts folder or the sweet romance I was putting together. I had outlaws to daydream about.

I admit I didn’t know much about the world of motorcycle clubs when I first sat down with what eventually became Grounds for Divorce. I didn’t know the difference between the hobbyists and the die-hards, the outlaws and the regular aficionados. But regardless of the distinctions—and I discovered that there are many—what appealed to me most (besides the leather) was the freedom that’s so fundamental to the MC lifestyle. All you need is a bike, an open road, and you’re off.

It’s the same reason why bandits, pirates and rovers of all kinds are such familiar features in the romance genre. Who doesn’t want to be romanced by a handsome rake with the knowhow to take us out of our comfort zone?

Beyond the shunning of restrictions, the more I read up on biker gangs and the more captivated I became by the unsavoury side of the lifestyle. From what I gather, it’s tough to say how much of what gets reported is rumour and how much is truth. Modern social order isn’t kind on nomads or people who violently shirk convention, so it’s no surprise that so-called outlaws may not be given a fair shake. They’re hardly the only group to be met with a degree of prejudice. At the same time, those who feel that the deck is stacked against them are also those who most want to belong. I discovered that loyalty seems to lie at the heart of the outlaw MC code. And with that, I had my plot hook.

In Grounds for Divorce, the story is less about burning rubber and roaring engines than it is about the relationship between a biker gang and the people around them—people who are just as marginalized.

Enter Kayla. Jaded, overworked, and sick of men who only want to use her, Kayla is no one’s idea of an innocent. A single mom, she struggles to make ends meet while stuck in a failing relationship with a man who doesn’t appreciate her. Being presented to the MC as payment should be the final straw. The gang is no picnic, but new top dog Booker likes her. And he likes her a lot. The world he reveals to her is tantalizing for more reason than his prowess in bed. A girl could go far with backing like that… if she’s willing to take a chance.

I knew as soon as I set pen to paper that I didn’t want my heroine to be corrupted by the MC. It also didn’t seem realistic to have the MC serve as her salvation. Sure, Harleys and kuttes and sexy tattoos may be involved, but gangs are still gangs and violence comes with the territory.

Balancing the chemistry between Kayla and Booker with the hair-trigger potential for bloodshed was no mean feat. Their love affair sets in motion a chain of events that forces Kayla to cut loose of a life she didn’t much like, but it doesn’t magically makes things better for her in the short term.

The more time I spent with Grounds for Divorce and the more I wondered how anyone can free themselves from the shackles of daily drudgery when they can’t simply jump on the back of a motorcycle and chart a new course on a whim. One idea is to find a partner who makes it appealing to stay, hunker down, put one’s shoulder to the wheel. Another is to find someone willing to hand over the keys to the castle and usher in that clean break with the past.

The whole MC outlook is very self-driven, very autonomous. It takes a strong woman to fit into that world and an equally strong man to keep up.

When trouble rides into town, what girl can resist the ultimate bad boy?

Handling men isn’t an issue for me. I’m not a girly girl and my best friends are the machines I spend my days fixing, tweaking and servicing. So when the Wild Angels roll onto my forecourt and need my help, I’m happy to be of assistance.

But I’ve always been a magnet for trouble and when the leader of the pack, Gid, questions my ability, I can’t help the sassy backchat. Seems it doesn’t bother him too much and before I know it, I’m climbing onto his beast and hanging on for the ride.

She’s the only thing good about his former life, and he’s been asked to end hers.

Serenity Jones never expected her homecoming to be heralded with a double-murder, or that she’d be the lone witness. Yet when she points the finger at the president of the Lucifer’s Legion Motorcycle Club, she finds herself the target of more than just an investigation—she’s a liability, one Lucifer’s Legion is determined to erase.

Serenity has dreamed of her reunion with Dash ever since she left her hometown behind. Never did she imagine it would be on the other side of a blindfold, or with her life in the balance.

Grounds for Divorce by Helena Maeve

Overworked and jaded, Kayla is convinced she’s had her fill of bad boys when her boyfriend’s debts catapult her into a stranger’s arms.

A woman with a reputation, Kayla has long given up on true love. She’s thirty-three going on ninety-four, mother of one with a boyfriend who makes no secret of settling for her. When she’s not doing the books at the local strip club, she’s warming up the stage. Holding off the loan sharks is par for the course, until the night outlaw biker, Booker O’Connor, rolls into town.

Lily Harlem lives in the UK with a workaholic hunk and a crazy cat. With a desk overlooking rolling hills her over active imagination has been allowed to run wild and free and she revels in using the written word as an outlet for her creativity.

Rosalie Stanton lives in Missouri with her husband. At an early age, she discovered a talent for creating worlds, which evolved into a love of words and storytelling. As the granddaughter of an evangelical minister, Rosalie applied herself equally in school in the creative writing and religious studies departments, which had an interesting impact on her writing. 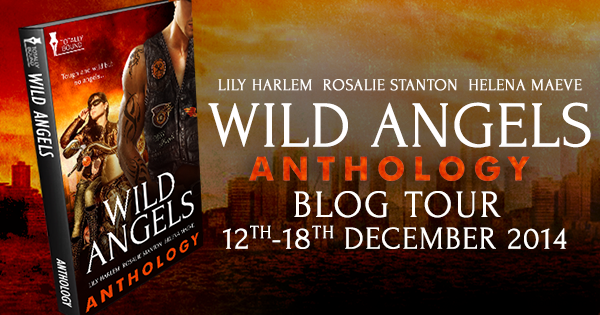