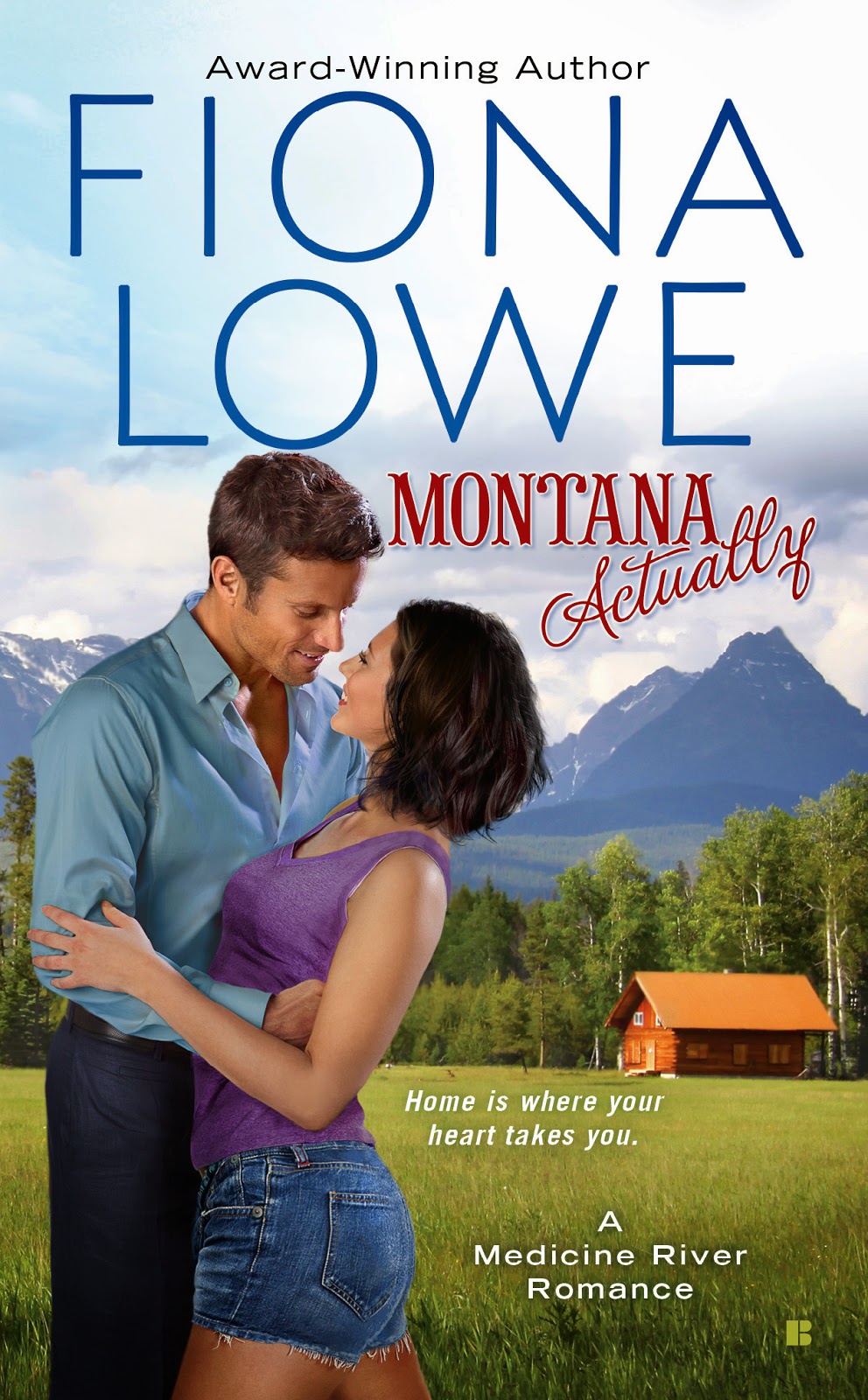 A big-city doctor in a small-town Montana practice....A former nurse who has sworn off doctors forever....The scene is set for passions to ignite in Big Sky Country. Perfect for readers of Robyn Carr and Sherryl Woods.

Katrina walked over to a horse he didn’t know. It was brown and white with a long white slash down the center of its face and it immediately nuzzled her neck. He instantly wanted to trade places with the horse.

He crossed his arms to stop himself from reaching out and touching her. “Your horse?”

“Kinda. Like Boy, he belongs to the ranch but when I’m home both Boy and Benji are mine again.”

“So, why weren’t you riding today?” She sighed as she walked toward a stack of bailed hay. “Familial responsibilities and expectations.”

He knew all about that. “Why were you avoiding me today?”

“I wasn’t avoiding you.” But the startled look in her now wide green eyes gave her away. “I was busy and so were you.”

“Katrina,” he said, shaking his head. “Every time you got within three feet of me you made a ninety degree turn.”

“I did not.” She cut the twine on the hay bale.

“Yeah, you did. And we’ve just walked a half mile with you dodging and weaving to keep a good foot and a half between us.”

She snapped the pocketknife closed. “Get over yourself.”

He laughed. “There’s nothing to get over. All I’m saying is you don’t have to turn yourself inside out to avoid me. I don’t have a problem with the fact that you kissed me.”

She pointed an accusing finger at him. “Let’s get this straight, Josh. You kissed me, I was the one who pulled back.”

He stepped in close. “Sweetheart, we both know you took my tentative kiss and turned it into every man’s fantasy.”

She shook her head so fast that her hair flicked his chest. “No. I was the one who stopped it.”

“Because we were in the clinic.” He brushed her hair behind her ear. “But we’re not at the clinic now.”

Her eyes shone with so many emotions that they overlapped each other and he couldn’t decipher any of them except desire. It dominated and cast the rest in the shade. He waited for her to say or do something to tell him exactly what she wanted but she stayed silent so he lowered his mouth to hers.

He tasted salt, beer and restraint. He lightly nipped her lower lip.

She moaned, rose on her toes and opened her mouth under his, taking him in.

The memory of their other kiss fuelled this one and he explored her mouth, revisiting the places that made her kiss him hard in return. For nights he’d fantasized about touching her and now he could. His hands spanned her waist and he tugged her in against him. Her breasts rose and fell against his chest and her arms rose and she linked her hands around his neck.

God, she felt amazing. He wanted to feel more.

His hands tugged her blouse out of her jeans and then he was touching hot, smooth skin. His fingers burned with her heat and he explored her one vertebrae at a time, pressing, kneading, feeling, until his fingers discovered her bra catch.

Once he’d prided himself on being able to undo a bra with one flick of his fingers but it had been a while. Ashley had used sex as a weapon.

He found the hooks and twisted. Nothing.

He hated looking clumsy. He tried a second time, adding a flick.

Thankfully, the bra opened and his hand sought the prize. He cupped round, hot, heavy flesh, loving the weight of it in his palm. Picturing what her breasts might look like, his thumb scraped across her already hard and raised nipple.

She cried out, the sound reverberating in his mouth.

Every ounce of blood in his body headed south. She was so amazingly responsive and every part of him wanted her. He wanted to see her naked, touch her and explore every inch of her body. His other hand reached to pop the buttons on her blouse.

Jesus, not again. He was so hard he could barely see straight, let alone construct a coherent thought, and everything from her bright pink cheeks, her glazed eyes and her heaving breasts said she wanted him as much as he wanted her. “Katrina, you’re killing me.”

She licked her lips. “Are you married, Josh?”

She nailed him with a look that could have seared meat. “You sure about that?”

Indignation slugged him. “Of course I’m damn well sure.”

He shook his head. “No. What is this, the Spanish inquisition?”

“Not any more.” It came out harsher than he’d intended.

Her head tilted and her mussed hair swung sideways. “So you’re single?”

A thread of panic ran though him that she was interviewing him as a potential partner. He wasn’t looking for anything more than the roll in the hay he was hoping to get but he wasn’t having sex under false pretenses. “Categorically single. More importantly, Katrina, I’m intending to stay that way.”

She smiled, a wide and unexpected smile. “Excellent.”

Stepping back in, she pressed her hands against his chest before rising up on her toes. “You passed.” She kissed him hard.

Silver spots danced behind his eyes and all he wanted to do was kiss her until they both collapsed in the hay. I passed? His brain kept snagging on the word and he pulled away. “Excuse me? What did I pass?”

“Everything.” Her hands tangled in his hair, her fingers playing in the curls as she pulled his head back to hers. “Even the fact you’re not a surgeon.”

The Stanton’s are surgeons. His father’s censorious voice crashed into his head and he set her back from him, his hands gripping the tops of her arms. “I’m not a surgeon? What the hell is that supposed to mean?”

Fiona Lowe is a RITA® and R*BY award-winning, multi-published author with Harlequin , Carina Press and, Berkley USA. Whether her books are set in outback Australia or the USA, they feature small towns with big hearts, and warm, likeable characters that make you fall in love. When she's not writing stories, she's a weekend wife, mother of two 'ginger' teenage boys, guardian of 80 rose bushes, slave to a cat and often found collapsed on the couch with wine.